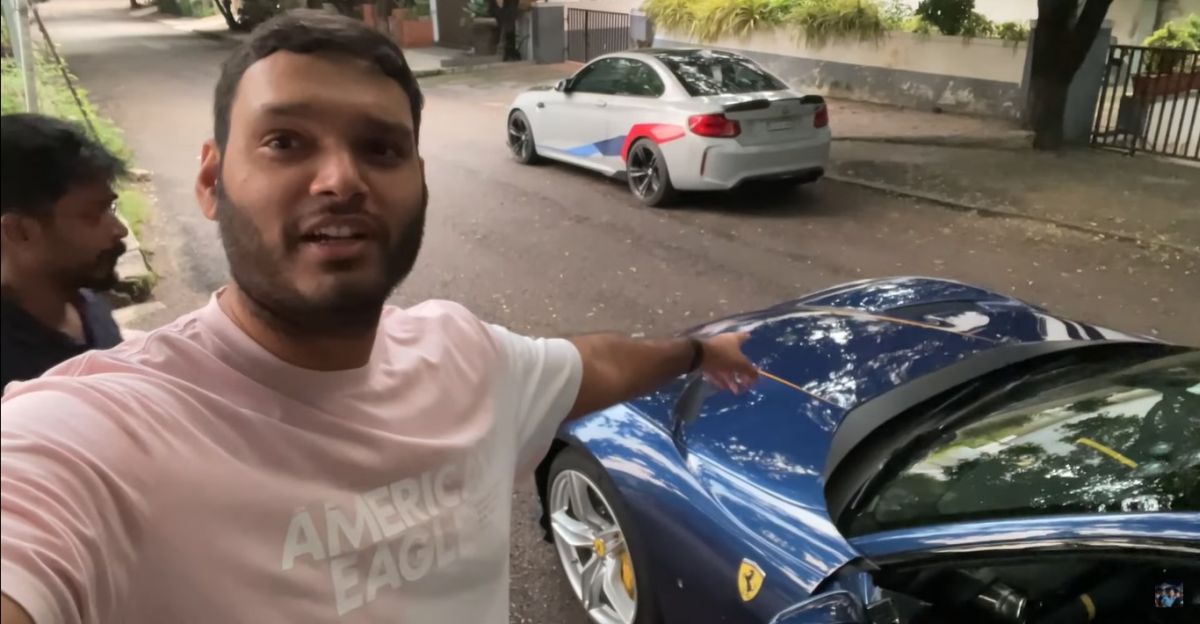 The video was uploaded by VLOG MKG on their YouTube channel. The owner who is also making the vlog drives the Ferrari 812 Superfast and his friend is in a BMW M2. The group is traveling to Bangalore from Hyderabad. The group has started moving and said they will maintain a speed of 100km / h on the highway.

The BMW M2 was driven behind the Ferrari and both cars were full of fuel before starting the journey. 180 km after the start of the journey, the driver of the BMW M2 had to stop for refueling. The Ferrari 812 still had a fair amount of fuel and did not refuel. After refueling, the group continued the journey and after covering 265 km the Ferrari still had petrol on board.

The group stopped for refreshments and then continued their journey. After the break, Ferrari and BMW both had an empty stretch of road where they actually drove the cars at good speeds. After the fast driving session on the road, the BMW M2 needed fuel again. It again took nearly 41 liters of fuel to complete the journey. This was the third full tank the M2 had since the start of the trip. Surprisingly, Ferrari didn’t stop for gas on the way to Bangalore.

The owner was surprised at how much less fuel-efficient it actually is than the BMW M2. He says the M2 had to stop three times to refuel on their 553km road trip from Hyderabad to Bangalore. The main reason BMW had to stop and Ferrari didn’t is the fuel tank capacity. BMW has a fuel tank of 45 liters and Ferrari gets a whopping 92 liters. The Ferrari 812 Superfast is a GT and is meant for long distance travel without stopping for fuel, ruining the overall experience. Even then, BMW was comparatively less efficient. The vlogger said at the end of the video that BMW returned them at around 5-5.5kmpl while Ferrari returned 7-8kmpl, which is great for a car of this size.