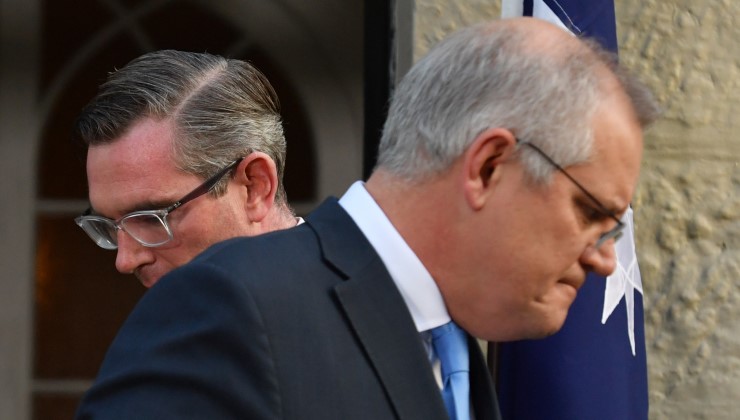 Scott Morrison has returned from a bumpy overseas trip and is immediately touring NSW and Victoria before calling federal elections.

After a painfully embarrassing week abroad, Prime Minister Scott Morrison returned to the country and immediately got into election mode. After landing in Sydney last night, the prime minister is planning a week-long post-COVID blitz across New South Wales and Victoria.

It’s an opportunity for Morrison, whose trustworthiness has been stormed this week, to rebuild voter confidence ahead of elections likely to take place in March or May, and the pit stops he makes on the road will give us a boost. clear idea of ​​where and how liberals hope to win.

The first is Sydney, where Morrison held a press conference with NSW Premier Dominic Perrottet on the WestConnex Expressway this morning. The prime minister hopes to cash in any kindness to the state’s liberal government during the reopening. So far, the federal government has borne the brunt of the baggage for long blocks, and Morrison has struggled to take credit for things as his state counterparts have.

As Morrison shifts gears ahead of the election, how is the Coalition faring in the polls? Read on.