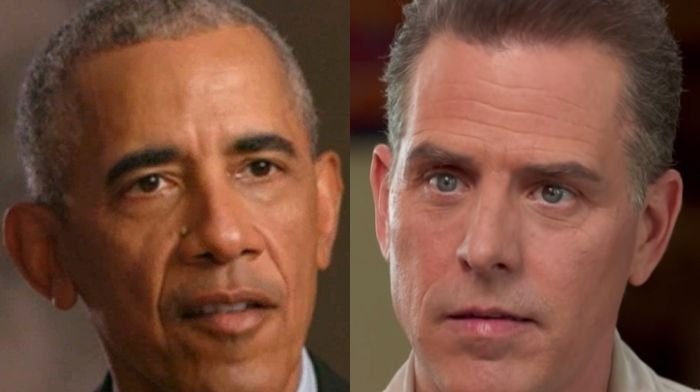 However, this did not sit well with Shaub. While appearing on CNN, the former Obama official said the exhibit “sure seems to cash in on the presidency.”

“They’ve put an art dealer in charge of keeping a secret,” Shaub said. “And really, what he’s doing is keeping a secret from the public because eventually Hunter Biden or the people in the White House will know who it will be.”

“In fact, Hunter Biden, we now know, will be in two art shows where he will meet the universe of bidders on his art,” he said. “So they left that detail when they said he had no way of knowing who was buying his art.”

“Ideally, Hunter Biden would not be doing this because he sure seems to be profiting from the presidency.” “But if they couldn’t dissuade him from doing it, there is something in their control.”

Related: Hunter Biden’s Prosecutor Waited To Reveal The Tax Inquiry Until After Election

“They could promise us today that if they find out who the buyers are, they will notify us immediately and tell us again if any of those buyers get a meeting with the White House or any other political appointee,” Shaub. continued. “I have a feeling that if I did it under a pseudonym, I wouldn’t get much for it.”

Earlier this month, Shaub called the White House deal allowing Hunter to sell his art “the perfect mechanism for funneling bribes” to the president, according to yahoo news.

“They have outsourced government ethics to an art dealer. She mentioned the industry standards, ”Shaub said, referring to comments made by White House press secretary Jen Psaki. “It is an industry that is known for money laundering. There are no standards in that industry. “

“The idea that they are going to mark any overpriced offer, well, this is art that hasn’t even been sworn in at a community art sale,” he added. “How are they going to decide what’s unreasonable when they’ve already priced it in the $ 75,000 to $ 500,000 range for a first outing? This is ridiculous and very disappointing. “

This piece was written by James Samson on July 23, 2021. It originally appeared on LifeZette and is used with permission.

Are Americans’ Concerns About Inflation Inflated?