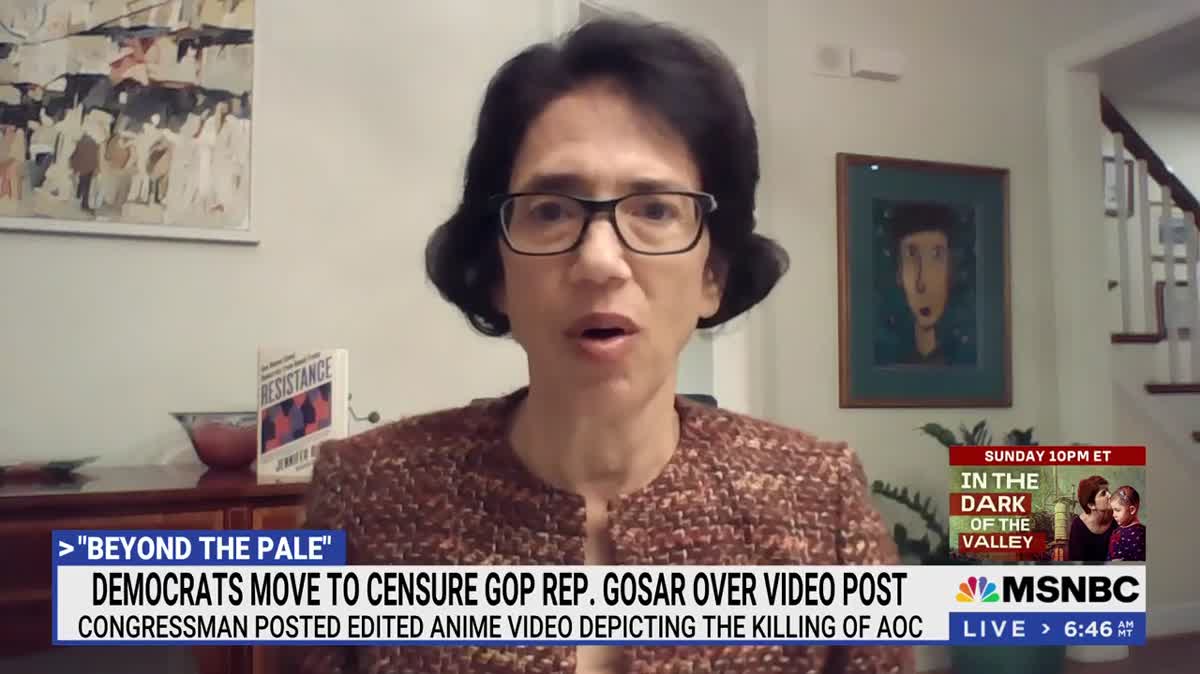 Formerly conservative Washington Post columnist Jennifer Rubin detailed how Donald Trump normalized the glorification of violence in the Republican Party, predicting it is only getting worse.

On MSNBC he said, “I’m a former Republican by the way.” Rubin based his views on Trump’s initial foray into the 2016 election, when he asked his supporters to beat up his critics, and has continued the list throughout his presidency until now, “to the point where now practically the entire Republican Party is whitewashing that story (January 6 insurrection) trying to downplay it “.

He continued: “Now you are not alone [Rep.]Gosar, but people like Marjorie Taylor Greene, other people who use violent images, who suggest what violence will be like if there are no elections that go their way. We have an explosion of threats and intimidation directed against local officials, both school boards and election officials. “

“And when the US Attorney General says he intends to investigate, the members of the Republican Senate have an absolute fit of anger. ‘How dare you question your parents?'” She sneered.

It is about holding people accountable for violent threats and violent actions.

Rubin blamed the mainstream media for normalizing these fascists.

“I have to say that the mainstream media is part of that. They cover up these issues and quickly go back with Republicans on talk shows asking them about other issues. Allowing them to air their false grievances, rather than incessantly grilling at them as to why they tolerate. this behavior. This is fascist behavior. This is what fascist regimes do “.

He continued: “They intimidate, they threaten, they use the threat of violence, and this is absolutely intolerable, and it has been going on for years now in the Republican Party.”

Republicans no longer adhere to what is real and what is false, what is a conspiracy and what is proven.

Readings and whims are the GOP platform.

You’re helping to kill us all.