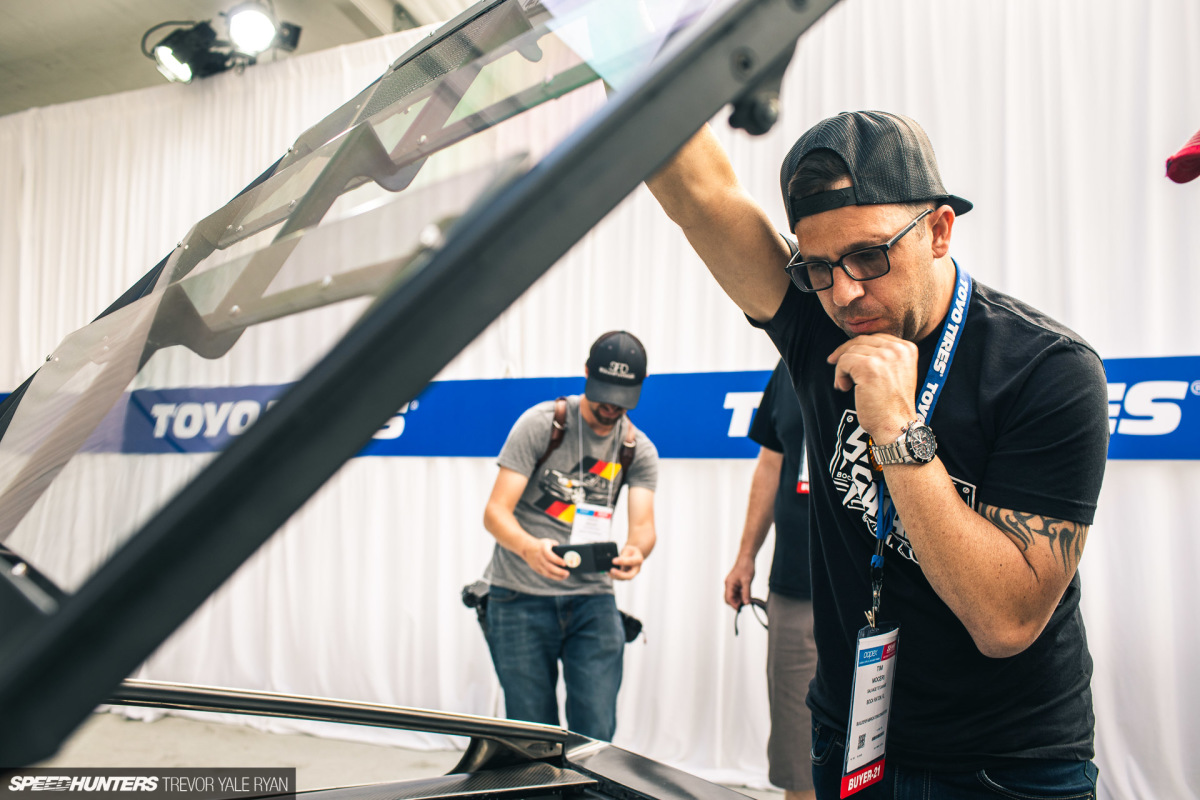 … You’ll see some serious shit. That’s what it feels like at SEMA anyway, regardless of your speed.

When I first saw Tim Moceri’s DeLorean DMC-12, I honestly didn’t get much into it, though. To me, DeLoreans have always looked pretty wild on their own, so why bother cutting one?

Still, I found myself returning to this car over and over again during the show to take a couple more photos. Each time I did it, I liked it more and more.

After chatting with Tim and the Salvage To Savage team and learning that the car had previously been finished in red and had been T-cut, the project made sense. By now I was completely sold out and wanted to know more.

How Brandon has touched in his first tunnel from the Toyo Treadpass, the car started out as a rendering by Khyzyl Saleem. As you can see from The Kyza post here, the build was actually done to a fairly complete level based on the concept. The blade-shaped headlights and active grid taillights have also been relocated.

Under the rear fins, you’ll be happy to see that the car’s original (and weak) 2.85-liter V6 that was co-developed by Peugeot, Renault and Volvo is long gone. In its place is a 5.2-liter GM LS V8 powered by two Garrett turbochargers that hang under the rear bumper, true to Khyzyl’s vision. Brilliant performance components and materials have been used and the engine runs on a Haltech ECU.

Some of the adaptations and trims are not quite “show” standard, whatever that means to you, but I don’t care about a car like this that was essentially salvaged after suffering extensive damage.

Tim says the wide-body kit will eventually be redone in carbon fiber, and at this point more refinements can be done if desired. The car’s modified KW suspension will also be reworked in the future to incorporate an Air Lift Performance air travel setup for the best of both worlds.

For me, this is a completely unconventional version of a classic with a cult following. It certainly won’t be to everyone’s taste, but it definitely hooked me when I left the show.

The 2021 SEMA Show on Speedhunters