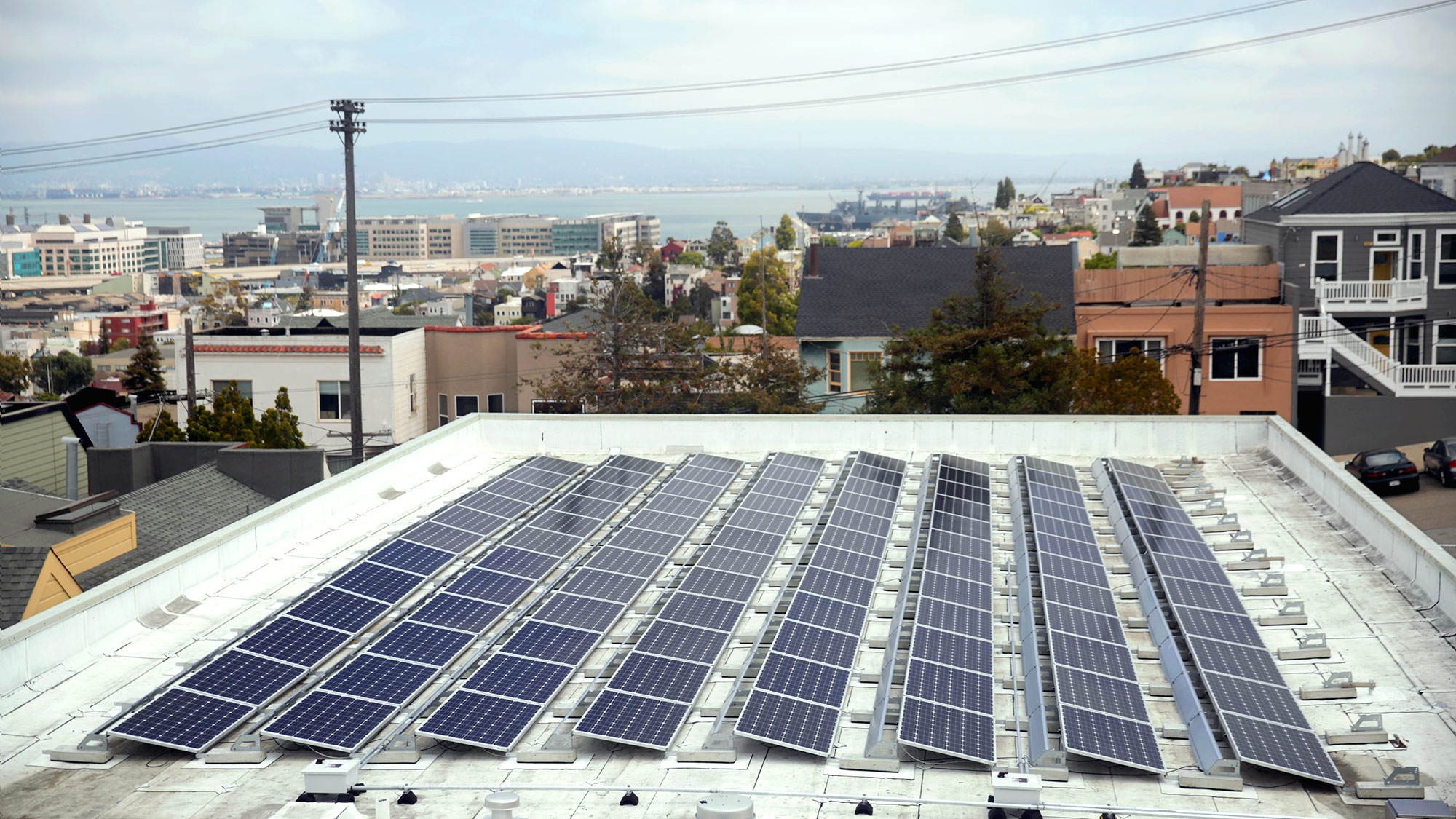 In 2014, two solar energy groups published a report finding that only about 3,750 US schools, of a total of approximately 130,000 — were generating electricity from solar panels. But that number is increasing.

According to the fourth edition of Report “A brighter future”published last week by the clean energy nonprofit Generation180, the number of US schools using solar power has more than doubled in the last seven years, reaching about 8,400 by the end of 2021. every 10 public, independent, and charter K-12 schools and serves more than 6 million students nationwide.

Tish Tablan, director of Generation180’s Solar for All Schools program and lead author of the report, called the figure “an incredible milestone.” As some schools build new rooftop and ground-mounted solar panels, others sign up for community solar programs. In some cases, schools with solar panels generate enough electricity to sell to their communities. Since 2015, the total solar power capacity of American schools has nearly tripled to 1,644 megawatts, enough to cover the electricity use of every home in a city the size of Boston, Denver, or Washington, DC.

Leading the pack is California; the Golden State has the most solar schools and the most solar capacity. It ranks fourth in the percentage of schools that are solar powered, behind only Connecticut, Washington, DC and Hawai’i, where 40 percent of schools have gone solar. And other states are making great strides: Between 2019 and 2021, Washington state saw a more than eightfold increase in solar capacity, while Wisconsin, Illinois, Arkansas and Virginia at least doubled their installed solar capacity.

According to Tablan, much of this growth has been possible thanks to third-party financing models, such as power purchase agreements or PPAs. With these deals, developers pay to install and operate solar panels, while schools buy the electricity output for a predetermined period of time. Developers benefit because the deals allow them to take advantage of federal tax credits and provide a stable source of income.

For schools, the deals can shave thousands of dollars off their utility bills and eliminate upfront costs associated with installing solar, something the Generation180 report says has been “critical” for solar expansion beyond districts. more prosperous schoolchildren. As of 2021, the report finds that 47 percent of solar-powered public schools are eligible for federal Title I School Program funds, indicating that at least 40 percent of their students come from families of low income. (As of 2019, 57 percent of all public schools nationwide are eligible for such funding.)

In Denver Public Schools in Colorado, for example, PPAs with various solar developers have helped the school district of 90,000 students install 9 megawatts of solar capacity in 50 schools, at least 21 of which Run a school-wide Title I program. As a result, the district has achieved annual emissions reductions equivalent to taking 2,175 gasoline cars off the road.

As a bonus, Denver schools are using solar panels to teach students about renewable energy. This summer, Denver Public Schools partnered with a nonprofit solar installer to offer practical engineering classes and career guidance for high school students, a form of early job training for aspiring electrical engineers. A student interviewed for the Generation180 report, Kimberly, said the program “opened my eyes and introduced me to careers I didn’t know existed.”

Despite the schools’ progress, Generation180 stresses that there is still work to be done, as about 90 percent of US schools still lack solar panels. “We still have a long way to go to reach the 100% clean energy goal,” the report says, “and the speed and scale of the climate crisis require us to respond faster than ever.” According to the organization’s estimates, switching all K-12 schools in the United States to 100 percent solar power would eliminate 60 million metric tons of carbon dioxide emissions annually, roughly equivalent to the annual climate pollution of 16 coal power plants.

Tablan says more PPAs could help push the needle forward, and it could be especially impactful to reverse policies in the six states, mostly in the South, that restrict these third-party financing options. Federal funding from last year’s Bipartisan Infrastructure Act and this year’s Inflation Reduction Act could also help; Together, the laws include hundreds of millions of dollars in grants to improve school energy systems and reduce their climate pollution, as well as an expanded tax credit to help schools offset the cost of new battery storage projects. and solar energy.

NASA successfully slammed its DART spacecraft into an asteroid

After nearly a year in transit, NASA's experimental Double Asteroid Redirection Test (DART) mission, which sought to answer the questions: "Could you potentially push...
Read more

Tom and Mary Jo York are a health-conscious couple who get annual physicals and regular colorectal cancer screenings. Mary Jo, whose mother and...
Read more

Spotify has the best music discovery algorithms and the most slick and snappy user interface. It took me down rabbit holes to find...
Read more

New York declares state of emergency over polio in sewage

NASA successfully slammed its DART spacecraft into an asteroid

After nearly a year in transit, NASA's experimental Double Asteroid Redirection Test (DART) mission, which sought to answer the questions: "Could you potentially push...
Read more