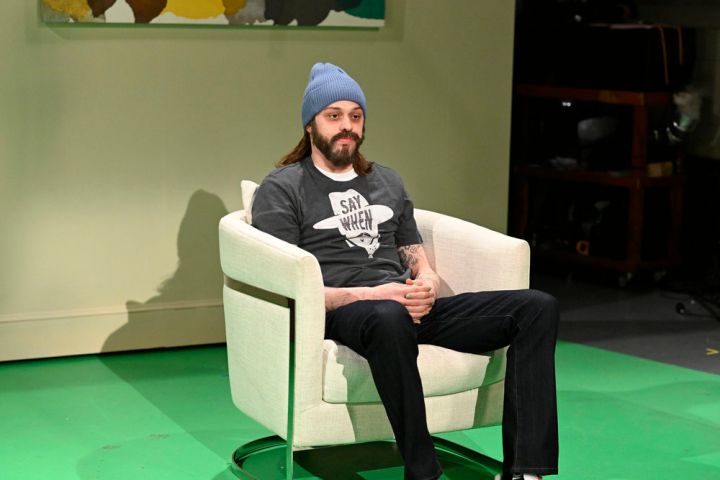 QB Aaron Rodgers of the Green Bay Packers was in the headlines for his admission that he refused to get the COVID-19 vaccine, despite previous assurances that he was “immunized” against the novel coronavirus.

In the November 6 edition of “Saturday night live”, Pete Davidson played Rodgers in the open, with Cecily Strong reviving her hilarious impression of Fox News personality Jeanine Pirro in a parody of the show “Justice with Judge Jeanine”.

“Our first guest is an American brave enough to stand up and say, ‘Fuck the science, I know Joe Rogan,'” Pyrrhus said of Strong, introducing Davidson as the NFL star.

“Now Aaron, you are not vaccinated. So? Who the hell cares? It’s your body, your choice – and please don’t ever use that quote for any other problem, “he continued.

“That’s right Jeanine, it’s my body, my COVID. I can give it to whoever I want. But suddenly the awakened crowd is chasing me, “he replied, with Pyrrhus then asking him if he lied to the NFL about his vaccination status.

“I’ve never lied. I gathered all my teammates, their faces three inches away from my wet mouth and told them, “Trust me, I’m pretty much immunized.” Go Team! “He said.

“And you said you didn’t get the vaccine because it could make you sterile – which is so crazy I’m jealous I didn’t say it,” she added.

“Hey look, people can talk as much as they want,” Davidson-as-Rodgers replied. “But in the end my record is still seven and one: in the sense, of the eight people I infected, seven are fine.”