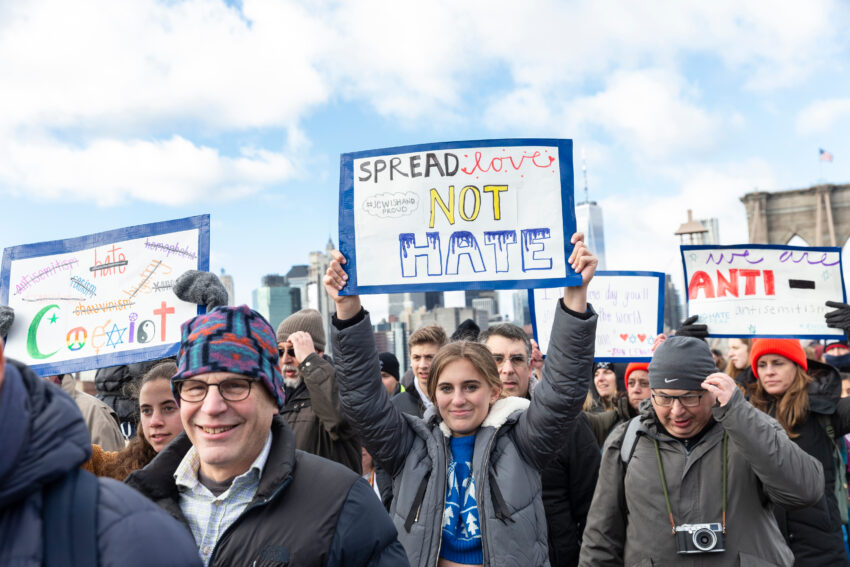 Nine out of 10 anti-Semitic posts on Facebook and Twitter remain online despite being reported, according to a large-scale study.

Holocaust denial, incitement to violence against Jews, and other conspiracy theories persisted even after they were pointed out to moderators.

They found that 84 percent had been allowed to stay online. On Facebook and Twitter, nine out of ten anti-Semitic posts were not removed.

Imran Ahmed, executive director of CCDH, a nonprofit organization, said the findings show that social media is a “safe space for racists to normalize their conspiracies and hateful rhetoric without fear of consequences.”

He added: “This is not about algorithms or automation; Our research shows that social media companies allow fans to keep their accounts open and their hate to remain online, even when human moderators are notified. “

The government’s upcoming online security bill would impose a legal duty of care on social media companies to protect users from harm, including misinformation, abuse and hatred. However, it is unlikely to become law until the end of next year.

The CCHR’s worst findings were related to conspiracy theories. Overall, platforms failed to act on 89 percent of anti-Semitic conspiracies and only 5 percent of posts blaming Jews for the Covid-19 pandemic were addressed.

In cases where users were found to have directly abused Jews online, the platforms intervened in only one in 20 cases. Positions related to violence or considered neo-Nazis were the most likely to be fired, at around 30%.

The 714 posts on the platforms were collectively viewed at least 7.3 million times. Facebook groups with anti-Semitic titles, dedicated to producing racist content, had 37,000 members.

Marie van der Zyl, chairwoman of the British Jewish Board of Deputies, said the findings showed that social media companies were failing “not just their Jewish users, but all Jews, online or offline.”

She said: “Anti-Semitism, whether in the form of targeted abuse, conspiracy or denial theories and Holocaust revisionism, is being allowed to spread almost completely unchecked.

“The proliferation of anti-Semitism online, along with other forms of hate and racism online, is one of the most serious societal challenges of our time. Not stopping it will be seen as apathy at best and complicity at worst. “

A spokesperson for Facebook, who also owns Instagram, said: “These reports do not take into account the fact that we have taken action on 15 times the amount of hate speech since 2017, the prevalence of hate speech is decreasing in our platform and, of the hate speech we removed, 97 percent was found before anyone reported it. “

A Twitter spokesperson said: “We strongly condemn anti-Semitism. We are working to make Twitter a safer place and improving the speed and scale of applying our rules is a top priority. We recognize that there is more to do. “

TikTok said in a statement that it condemns anti-Semitism and proactively removes accounts and content that violate its policies. YouTube said it had “made significant progress” in eliminating hate speech in recent years.