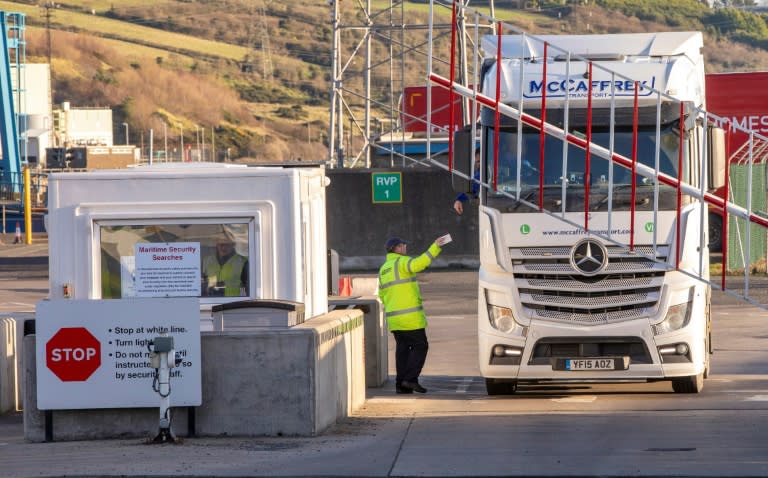 The British Prime Minister said on Monday that finding a solution with the EU to the Brexit deal concerning Northern Ireland “still seems possible”, but reiterated that he was ready to activate a suspension clause in the deal. .

The Northern Ireland Protocol, the part of the Brexit agreement that affects the British province, was designed to maintain an open border between Northern Ireland and Ireland – a key requirement of the 1998 Peace Agreement which ended three decades of violence over British rule.

It imposes controls on goods bound for the province from mainland Britain – England, Wales and Scotland – to prevent them from traveling through the EU member state, Ireland, into the rest of the bloc without control.

Northern Ireland unionists argue that the controls actually create a border in the Irish Sea, compromising the province’s place in the wider UK.

Britain and the EU are at loggerheads over the rules, which London signed in 2019 but now says they are impracticable and which Brussels believes are necessary to protect the integrity of the EU’s single market.

Speaking at the London Mayor’s banquet, Prime Minister Boris Johnson insisted that his government “would prefer to find a negotiated solution to the problems created by the Northern Ireland protocol, and that still seems possible.”

He added: “But if we invoke Article 16 (suspension clause) – which by the way is a perfectly legitimate part of that protocol – we will do so in a reasonable and appropriate way, because we believe it is the only way left to protect the territorial integrity of our country “.

The EU has warned of “serious consequences” if the suspension continues.

Talks to resolve the stalemate dissolved without a deal last week, but will resume in Brussels this week.