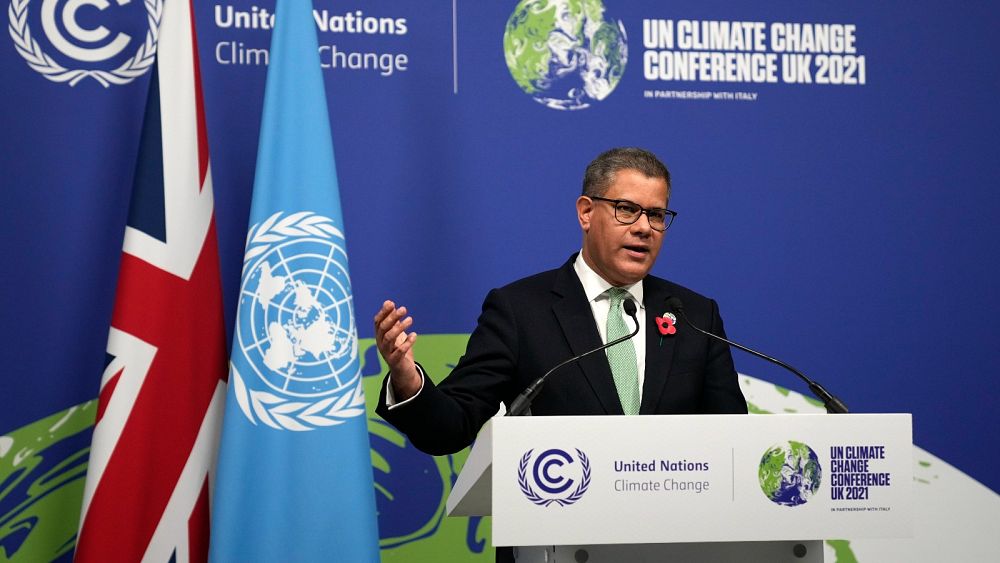 While some greeted a pact that kept the negotiators in Glasgow for one more day, many international activists and leaders said that despite “some progress”, “there is still a long way to go.

Nearly 200 parties to the most recent UN climate conference agreed on the Glasgow climate pact on Saturday, after some last-minute discussions on the exact wording of the agreement.

“It is an important step, but it is not enough”, complained UN Secretary General Antonio Guterres.

Conference president Alok Sharma said he was grateful for the hard work of governments at the climate conference that many had announced as the last chance for decisive action to address the worsening climate crisis.

“This is a fragile victory. We kept 1.5 alive. That was our overall goal when we began this journey two years ago, taking on the role of COP chair-designate,” said Sharma.

Many agree with that sentiment, arguing that despite “some progress”, there was much more work to be done.

“We have always known that Glasgow was not the finish line, and anyone who thinks it does not understand the challenge we have,” said John Kerry, US climate envoy.

“Paris built the arena and Glasgow started the match and the gunshot was fired tonight.”

‘Lifeline’ for the limit of 1.5 degrees Celsius

As part of the climate deal, countries reaffirmed a “long-term global goal … to pursue efforts to limit the temperature rise to 1.5 ° C above pre-industrial levels.”

They also recognized that this would require “rapid, deep and sustained reductions in global greenhouse gas emissions, including reducing global carbon dioxide emissions by 45 percent by 2030 from 2010 level and to zero by mid-century, as well as deep reductions of other greenhouse gases “.

Several mediated agreements on the conference guidelines also aimed at reduce methane emissions by 30%, reduce deforestation and phase out coal.

“The package offers a political lifeline to the faster action needed to keep 1.5C alive. This is progress,” said Alex Scott, head of climate diplomacy and geopolitics at E3G think tank, in a declaration.

“Keeping their promises over the next 12 months will be key to addressing the disappointment raised by some in plenary that the deal didn’t go far enough.”

Many activists and experts have argued that the deal needs to be supported by implementation and more ambitious actions on behalf of governments.

Finalization on the technical rules

Six years after the Paris Agreement, negotiators finalized the pending elements of transparency and reporting requirements for countries, known as the “Paris rule book”.

“By entering COP26, there was no guarantee that we would actually finalize the Paris regulation; it is something that has haunted COPs for years,” Tom Evans, an E3G researcher, told Euronews.

The rules agreed in Glasgow encourage countries to report their Nationally Determined Contributions (NDCs) every five years (but do not yet oblige them to do so) and include rules on the transparency of reporting on countries’ climate targets.

The regulation also sets out how international carbon markets work, known as Article 6. The idea is that by setting a price on carbon emissions, the cost of climate action will be lower.

These “carbon credits” can then be exchanged between countries so that big polluters pay for their emissions.

“I think people came in with a stronger appetite to get these rules finally agreed, so I think that’s probably part of why some of these rules aren’t necessarily as perfect as they could be, ”Evans said.

“On Article 6, we must remain vigilant against greenwashing, protect environmental integrity and protect the human rights and rights of indigenous peoples,” said Tina Stege, a Marshall Islands climate correspondent in a statement.

Experts said the coal language was lagging behind and that its presence in the text showed that coal was on the path of phasing out.

But many regretted the last-minute watering down of language, calling it one of the blows of the climate deal.

Rich countries not yet ready to pay

In 2009, rich countries agreed to mobilize $ 100 billion (€ 86.4 billion) annually to meet the needs of developing countries, but this has not yet happened.

The Glasgow Agreement “notes with deep regret” that the target has not been achieved and the agreement encourages rich nations to mobilize the funds.

In another key part of the negotiations, developing countries demanded reparations from the world’s largest historical carbon emitters to pay for the “loss and damage” suffered by the climate crisis.

While the agreement recognized that “climate change has already caused and will cause more and more loss and damage”, no creation of a financing fund proposed by developing countries has been created.

Only Scotland and the Belgian region of Wallonia have pledged to pay for losses and damages, activists say.

“There has been a recognition that vulnerable countries are suffering real loss and damage from the climate crisis now, but what was promised was nothing like what is needed on the ground,” tweeted the executive director of Greenpeace Jennifer Tollman.

“This hasn’t produced everything developing countries want, but if we step back and think about the bigger picture, the policy around loss and damage has clearly changed,” Evans said.

“I think it’s definitely a wake-up call for [developed] countries that this is no longer something they can avoid and that there must be a solution that works for everyone. “