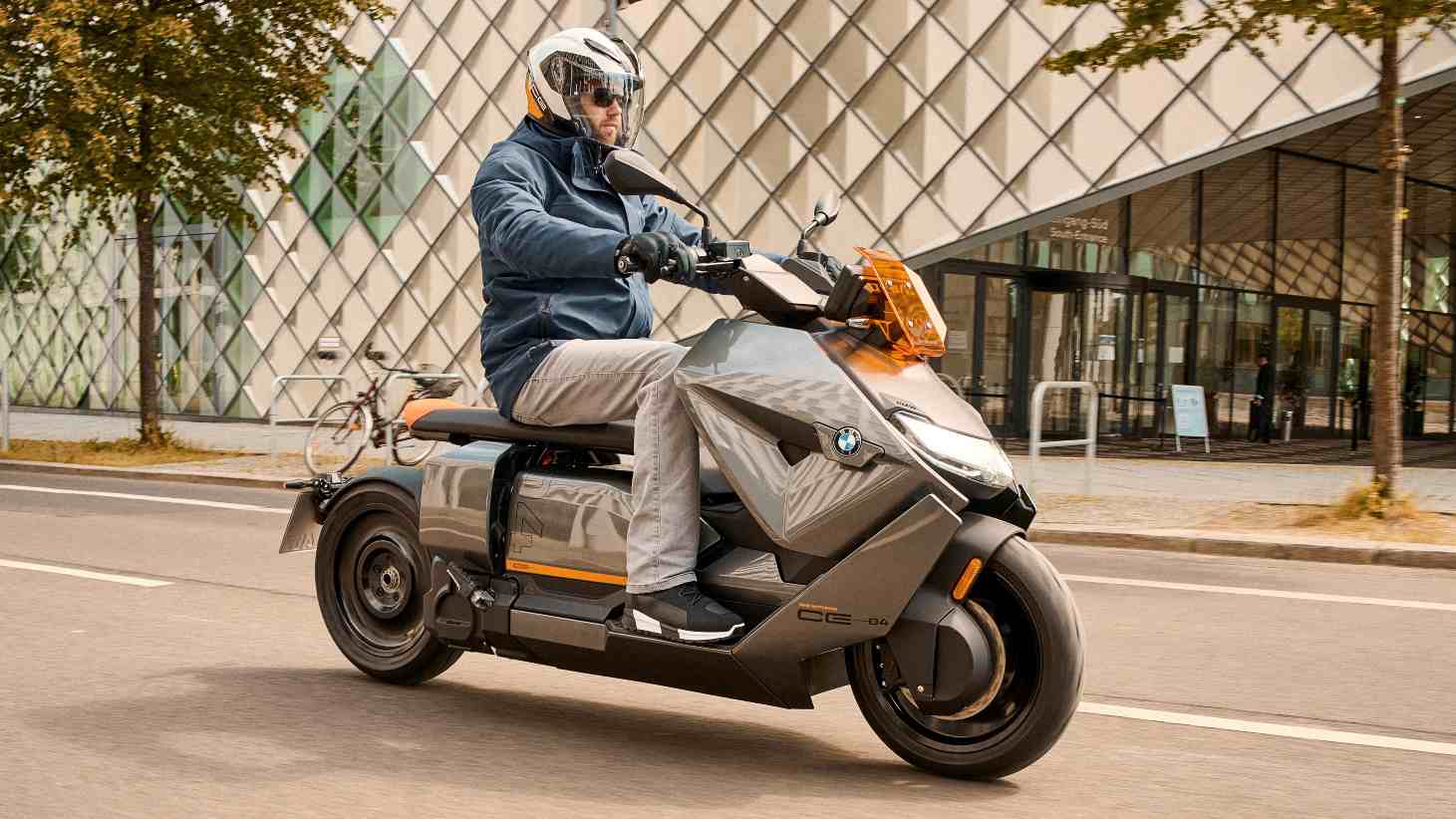 BMW Motorrad has stripped the wraps off its new electric scooter, the BMW CE 04. Introduced as a Concept Link a few years ago (and as the closest definition CE 04 to production in 2020), the production-ready BMW CE. 04 retains much of the concepts in terms of design, rehearsing a new chapter for BMW’s two-wheeler design and serving as a template for future electric models from BMW Motorrad. The CE 04 replaces the C Evolution scooter from the BMW Motorrad range, which was on sale abroad from 2014 to 2020.

It’s safe to say that the BMW CE 04 looks radical from every angle. With the 8.9 kWh lithium-ion battery mounted on the ground, BMW has taken the creative liberty of writing a new design language. The angular bodywork is sure to polarize opinion, and other highlights include fully LED lighting (with adaptive headlights available as an option), solid 15-inch disc-shaped wheels, a one-piece ‘floating’ seat, and the tail section. Quite thin.

Under the skin, it has a frame-mounted liquid-cooled engine that produces up to 42 hp and 62 Nm of torque, driving the rear wheel through a belt-drive system. The lithium-ion battery, motor and some other components use the same technology that has been used in some BMW cars, such as the 225xe Active Tourer and the iX electric SUV. Although it weighs 231 kg, all that torque is available out of the box, so the CE 04 can do from 0 to 50 km / h in just 2.6 seconds, from 0 to 100 km / h in 9.1 seconds and reach a maximum of 120 km / h. .

The range of the BMW CE 04 is set at 130 kilometers (according to WMTC). Charging the battery from zero to 100 percent takes four hours and 20 minutes, but with the optional fast charger, that’s down to one hour and 40 minutes. A 20 to 80 percent charge with the quick charger is said to take 45 minutes.

The electric scooter has a 35mm telescopic fork, a single-sided swingarm, and an adjustable preload damper at the rear. Twin 265mm disc brakes (with four-piston fixed calipers) handle braking functions at the front, with a single 265mm disc at the rear. Dual-channel ABS is standard and the more advanced ABS Pro system will be available as an option, along with dynamic traction control.

It has a total of four driving modes: ECO (for maximum range), Rain, Highway and the optional Dynamic mode. It is also equipped with a 10.25-inch TFT color display with integrated navigation and infotainment functions. In addition, there is a storage space for the driver’s smartphone with a USB-C charging port and a side-opening storage compartment that can accommodate a half-face helmet. In addition, BMW Motorrad also offers a tailor-made parka for CE 04 buyers, which features LED light guides that help make the rider more visible in poor visibility conditions.

The BMW CE 04 costs around Rs 12 lakh in the UK. Image: BMW Motorrad

In the UK, the BMW CE 04 is priced at £ 11,700, which is roughly Rs 12 lakh on our money. It is not known if BMW Motorrad plans to bring the CE 04 to India, but don’t be surprised it will be featured here in the future as the CE 04 will serve as a halo product providing potential customers with a taste of what they will look like. future BMW electric bikes.