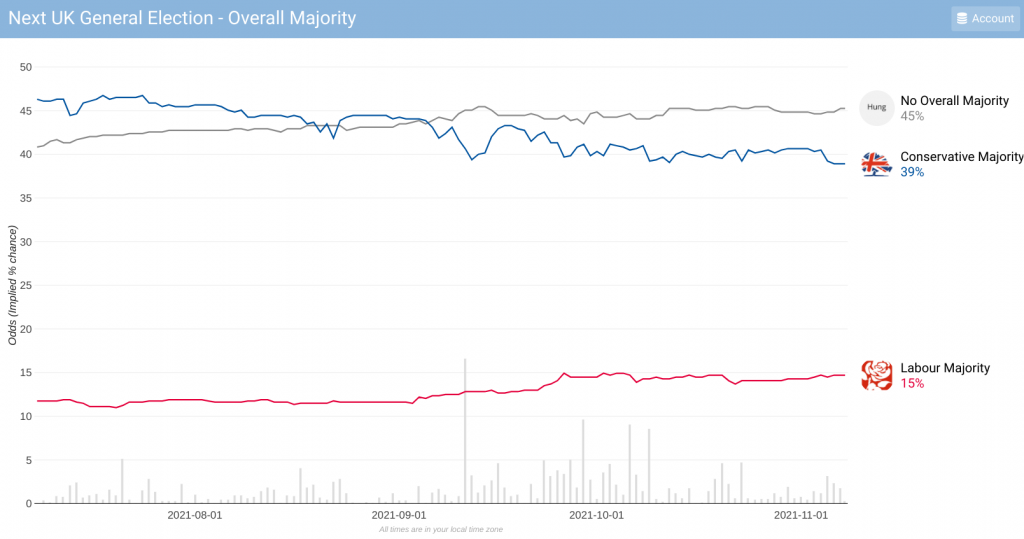 In recent days, several PBers have commented that they think the Tories will get another majority in the next elections. This is in contrast to the trend in the betting markets where the chances of such an outcome, as assessed by bettors, have diminished slightly.

This is entirely in line with current surveys with two companies now having the CON leading to one. This represents a 5.4% swing from CON to LAB from GE2019.

Obviously there are at least two years to go before the general elections and in the meantime anything can happen. We know, however, that other great indicators of election results, the votes of approval for the Prime Minister, seem rather disastrous for the operator in charge.

The latest news from Ipsos-MORI is coming today. This was tweeted yesterday.