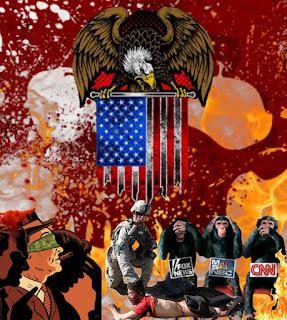 Western elites claim to fight for what they call a “rules-based order” and “Western liberal values”. In their words, they state two things. One, that they adhere to certain important rules, inferring that they take a wholly ethical and moral position regarding these and two, that their system of governing society is at the pinnacle of any comparable system.

Leaving aside for a moment whether these elites can be trusted to provide an honest statement of their motives and self-assessments, how well do these two statements fit together?

The accuracy of the Western elites’ claim to adhere to and promote a rules-based order largely depends on the perspective one takes on the numerous military interventions conducted by the United States, the United Kingdom and their allies over the past few decades.

Starting with the attack and the almost legal invasion of Afghanistan and continuing with the attack on Iraq, declared illegal by the then UN Secretary General, Kofi Annan, and a further attack on Libya and Syria, the latter being the most hidden of them all, how should we evaluate them as based on a rule-based global order?

It cannot be said that international law, which hopefully is still recognized as the most widely recognized source of global rules, has been followed by the West. International law enshrined in United Nations codes states that only when a nation has been attacked by another nation does it have the right to respond in kind. In nearly every case where the US, UK and its allies have attacked other nations, this has unquestionably NOT been the case. Their actions were illegal and were not based on any rules agreed upon by our worldwide community of nations. In fact, they clearly contravened every relevant rule and law.

Western elites who claim they want rules-based order and are fighting for these rules to be enforced globally must therefore mean that these are new rules of their own making and are not referring to the rules they have so clearly broken. It certainly follows that these new rules align well with their regime change options with regards to military interventions. These new rules they seek to enforce globally are certainly framed in a way that matches the personal interest of the West.

Western elites have long had a patrician and colonial attitude towards those nations they consider to be inferior to them. Sometimes these attitudes could also be called racist and indeed imperialist. Yet Western elites continue to repeat narratives that harmonize with their past sins, such as George W. Bush’s use of the word “crusade” in reference to the so-called “War on Terror.”

The two main protagonists promoting their superiority in this way are the United States and the United Kingdom. With a history of genocide and slavery between them and strong colonial attitudes towards the rest of the world, it is they who are at the forefront of attempts to change the rest of the world. There is certainly, at least, something a little wrong in this picture painted by them of purely ethical motivations.

A look at US activities over the past hundred years in Latin America with its fomenting coups, participation in assassinations, invasions and constant meddling is not exactly reminiscent of a nation devoted to any rule of sovereignty. And if the preservation of the sovereignty of nations is not to figure in these rules that Western elites speak of, why might we ask whether it is excluded?

The rules discussed, which form the basis of a world order newly created by the West, if they do not include the preservation of sovereignty, begin to look a lot like a means of creating and maintaining a dictatorship of the West, a means of controlling the others rather than set them free as the elites of the West wish to insinuate.

Western elites clearly wish to impose what they call Western liberal values ​​on the rest of the world and to do so they must circumvent national sovereignty. They seem to claim this as some form of God-given right. To claim this right they use concerns and humanitarian rights to do so. This new “crusade” has many parallels with the previous crusade organized by Western nations against the Arab world in medieval times. In those early crusades, the “enemy” was not only in the so-called “Holy Land” to recover Jerusalem from Muslim control, but also had other targets including the Moors (Muslim inhabitants of the Iberian Peninsula, Sicily and Malta) and the Slavic tribe of northern Europe.

‘The early Crusaders had a variety of motives, including religious salvation, the fulfillment of feudal obligations, opportunities for fame, and economic or political advantage. Subsequent crusades were generally led by more organized armies, sometimes led by a king. All were granted papal indulgences ». (Wikipedia)

It must be strongly suspected that the West is once again conducting the same kind of semantic subterfuge used to gain acceptance of previous illegal activities under international law. This in combination with his undoubted military might in order to make changes for his own benefit and self-interest. After 9/11, the United States and the United Kingdom in particular have set in motion a wave of both overt and covert activity to eliminate all forces that are in some way contrary to their interests. Conveniently misleading phrases were invented to cover up the fact that the unleashed forces were contrary to international law. The elites who control these activities have therefore decided to eliminate some laws and replace them with their own set of selfish rules.

As for the Western liberal order, this seems to simply allow for the business license necessary to destroy any society that does not conform to the required degree of weakness suitable for securing Western dominance over them. By undermining the strength of the national government from below, this eliminates the need to spend the kind of blood and treasure seen in Afghanistan and Iraq, or the costly spending on high-tech weapons as in Libya. The war against Syria is an in-between case in which a relentlessly insensitive campaign requiring less expense continues to this day. Now, in more straightened out circumstances, other cheaper means are employed to undermine and degrade goals, and the promotion of “Western liberal values” is among them.

The war waged by Western elites against all those whose systems of government are not conducive to promoting Western needs is framed as a selfless effort, devoid of any self-interest, idealistic at its heart and conducted with the utmost purity. This false black and white frame of the West and its war against others is absolutely corrosive to the general public perception of what a truly decent world stage should look like. The values ​​in question suck and the so-called rules now advocated are mere justifications for the continuation of rather blatant international crimes by Western elites and their allies.