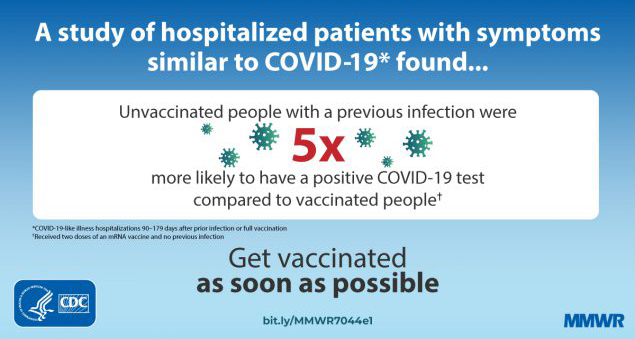 The decline of the pandemic in Kentucky stalled on Friday. On the state daily reportThe seven-day infection rate increased for the second consecutive day to 24.01 cases per 100,000 residents, the latest through Monday. Wednesday hit a low of 23:58, after a 12-day decline.

The state reported 1,623 new coronavirus cases, lowering its seven-day moving average by just one case per day, to 1,307. However, the proportion of Kentuckians who tested positive for the virus in the past seven days has continued to decline. It fell by nearly 0.1 percentage points, to 5.08%.

With the statewide drop in the number of new cases delayed, the decline in Covid-19 hospital numbers reversed, at least for a day. Kentucky hospitals reported 864 Covid-19 patients, three more than Thursday, with 273 in intensive care, two more; and 144 on mechanical ventilation, unchanged.

Seven of the 10 hospital regions had more than 80% of their ICU beds occupied, but only about 20% were occupied by Covid-19 patients.

The state reported another 49 deaths from Covid-19, bringing the pandemic toll in Kentucky to 9,766. Governor Andy Beshear said in a Facebook post that one of the dead was 31 years old.

Masks that are removed in schools: Other school districts decided this week to drop their mask mandates, citing a relatively low number of cases of the virus.

Pulaski County did so on Monday and Bardstown quit his government on Wednesday. Boyle County and Somerset will become optional with the mask on Monday, November 1; Jessamine County will follow suit on November 3; and Madison County will do the same on November 8th, WKYT-TV relationships. Pulaski Supt. Patrick Richardson told the station that the county has citizens who are “very outspoken” on every side of the matter.

Beshear said Thursday that it is too early for many schools to abandon their mask mandates.

Vaccine for children: Friday, the Food and Drug Administration paved the way for children aged 5 to 11 to obtain the Pfizer two-dose vaccine. Vaccinations are expected to begin Wednesday, following a meeting on Tuesday of the CDC advisory committee that will make more detailed recommendations on which children should be vaccinated.

Beshear said Thursday he would take his 11-year-old daughter, Lila, to be vaccinated as soon as possible.

“I can tell people a lot of things, but I can tell people that I love my children … And I’ll take my daughter the first day I can to get this vaccine,” she said. “I think for her it’s the way her school gets back to normal … So I want her world to be a post-pandemic world and not a pandemic world.”

The CDC published a study showing that people who had a case of Covid-19 and didn’t get vaccinated afterwards were five times more likely to test positive for the virus than people who were vaccinated.

Beshear said about 431,100 duplicates will be removed and about 252,500 are the first doses, which are the basis for the numbers on the dashboard of the vaccine. On Friday afternoon, it showed 2,788,884 first doses, giving the state a 62% vaccination rate. Beshear said the new figure would be 56% to 57%.

He said some counties that relied heavily on Kroger for vaccinations, such as Franklin County, could see up to 20 percent of their vaccinations disappear from the database. Franklin County currently ranks second in the state with 80% vaccination, second only to 81% of neighboring Woodford County.

“We believe this has happened in at least three states that are likely to report it,” Beshear said. He said Kroger reported to both the state and the federal government, mistakenly “expecting there would be a deduplication algorithm.” He added: “This was not intentional by anyone.”

Beshear said Kentucky officials have raised the issue with the Centers for Disease Control and Prevention After noting that federal data showed more than 100% of some age groups in some counties as being vaccinated. “What it does to our numbers hurts a little,” he said, “but if we are to vaccinate everyone and protect everyone, we really need to have the most accurate count of who is and who is not” vaccinated.