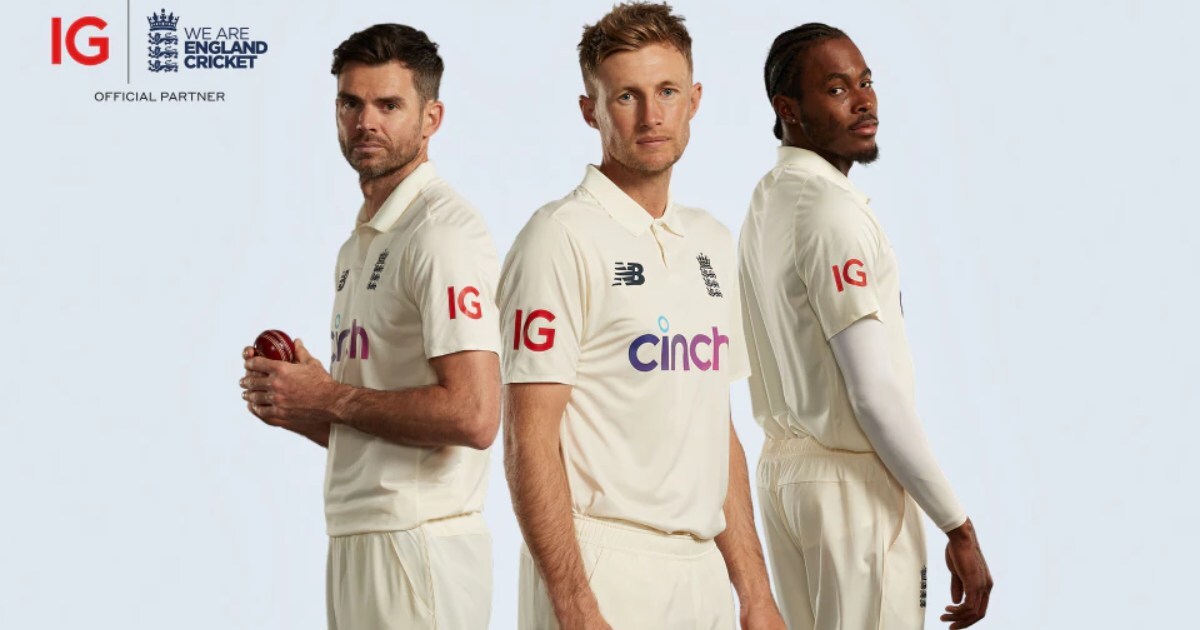 Ahead of England’s two-game test series against New Zealand, the England Cricket Board (ECB) has announced a deal with IG. The world leader in online trading and investment has been announced as an Official Partner of England Cricket. The partnership will have IG support both men’s and women’s teams, and the IG logo will appear on the men’s jersey in all three game formats in a three-year contract.

Following confirmation of this deal, IG will be one of three brands to appear on the men’s jersey alongside uniform supplier New Balance and online car dealer Cinch, who replaced NatWest as their new lead partner.

Matt Macklin, Director of IG UK, said: “Looking at the recent accomplishments of the England teams, we have been struck by the clarity of strategic thinking and the quality of execution, and how this aligns with IG’s entrepreneurial spirit. We also share the ECB’s innate drive to keep improving and evolving, achieving new levels of success and having a positive impact on the world around us. We are very proud to partner with such a prestigious institution and we can’t wait to get started. “

The sponsorship deals will be critical to the ECB as it moves forward to complete the recovery from the pandemic. The English cricket board recently announced losses of £ 16.1 million. To balance the books, the endorsement deals will generate much needed revenue for the cricket board.

The Hundred will be a core competition for the ECB. The ambitious project of ECB it will finally start in July. In another boost for English cricket, it has been confirmed that England’s second test match at Edgbaston against New Zealand will be a welcome one. 18,000 fans every day after being selected as the first of the last UK government pilot events. Returning fans will contribute income from the day to the ECB.