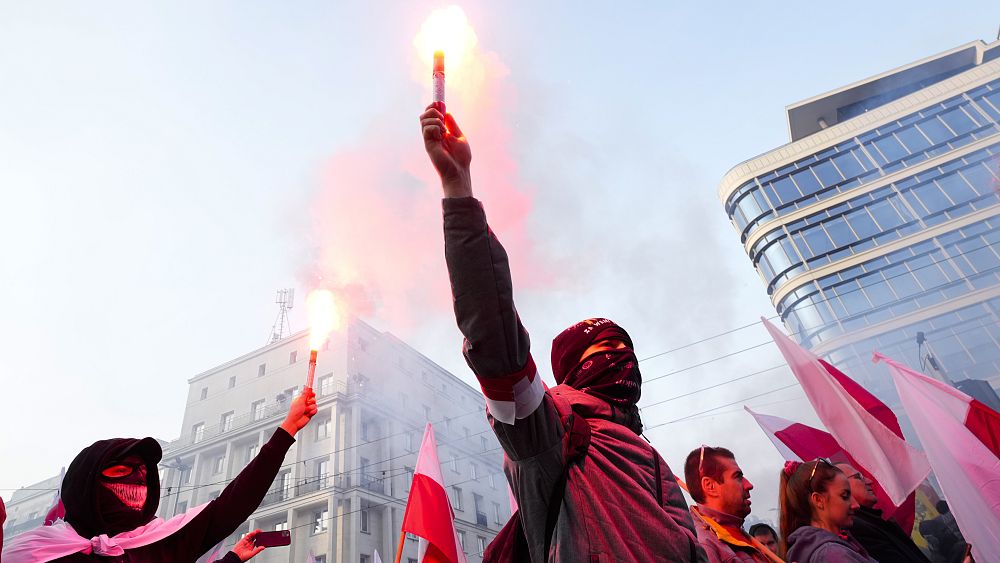 A far-right march went ahead on Poland’s independence day despite a court ban, organizers say.

The national holiday of November 11 commemorates the day Poland gained independence after World War I, but in recent years the demonstrations have attracted nationalist groups, violence and anti-Semitism.

Last year’s march – which took place despite a pandemic ban on public gatherings – saw police use tear gas and rubber bullets in clashes with far-right supporters.

Last month the Warsaw District Court upheld the ban on the demonstration and ruled in favor of the city’s liberal mayor Rafal Trzaskowski.

Trzaskowski said Warsaw “is not a place to propagate slogans that have all the characteristics of fascist slogans”.

The organizers of the demonstration pledged to appeal against the sentence and insisted that the march would take place as planned.

Security forces in Poland were mobilized in the capital and other cities in preparation for the demonstrations.

Polish troops have also been stationed on the country’s eastern border with Belarus amid a tense migration deadlock.

Poland has objected since the summer to the growing number of refugees and migrants trying to enter the country from Belarus.

Bartosz Grodecki, Deputy Interior Minister, said a large number of police officers in Warsaw to monitor the march would be deployed at the border soon after.

The ruling Law and Justice (PiS) party in Poland has generally shown acceptance of far-right groups since taking power in 2015, offering funds to two groups led by the Independence March Association.

“The PiS has … taken responsibility for whatever happens during the march, every fight, every arson”, the left-wing opposition group said on Twitter on Thursday.