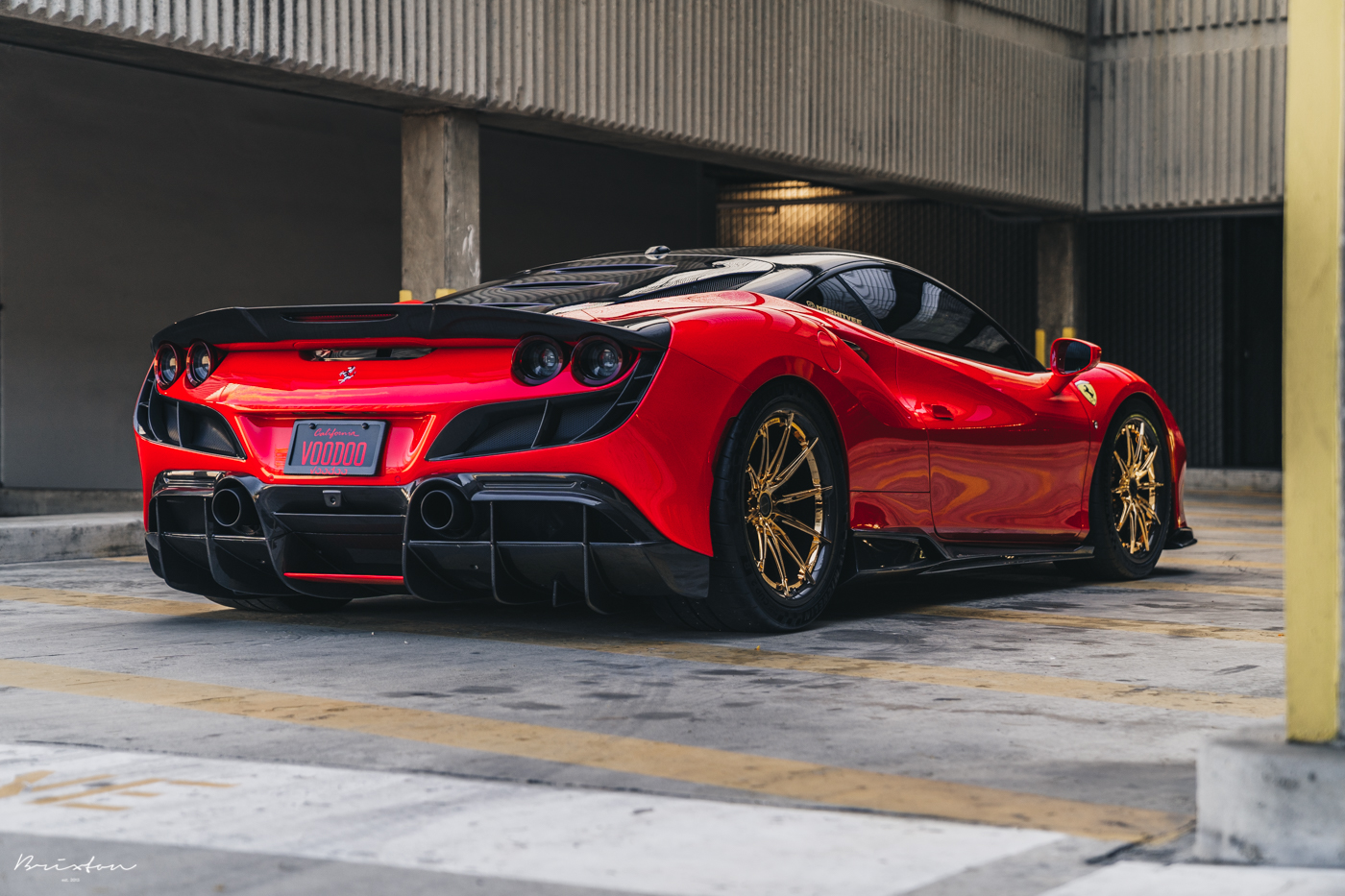 Nobody would ever call a Ferrari F8 Tributo “Subtle”, but compared to this modified example, most F8s sitting on showroom floors are relatively contained.

This particular F8 Tribute it has been extensively modified by 1016 Industries and features a plethora of new parts from the tuner, which adds to the aggressiveness of the car.

Read also: Ferrari F8 Spider gets the Novitec N-Largo treatment with a large bodykit and 807 hp

The changes start from the front with a new chin spoiler, black accents around the front grille and black air intakes on the hood. 1016 Industries also installed carbon fiber side skirts, a carbon fiber rear wing and a distinctive carbon fiber rear diffuser that adds a lot of aggression to the car. While these changes alone would have been enough to make this F8 stand out from all others, the owner didn’t stop there and turned to Brixton Forged for a wheelset.

The eye-catching rims are known as R11-R and have a two-piece design with a carbon fiber outer rim and spokes with a 24-karat gold finish. Gold-colored wheels tend to look good on red sports cars, although hopefully some sort of ceramic coating has been applied to them to protect them from expensive shavings.

As a reminder, the Ferrari F8 Tributo It is powered by a 3.9-liter twin-turbo V8 that delivers 710bhp at 7,000rpm and 770Nm of torque at 3,250rpm. This V8 is paired with a seven-speed dual-clutch transmission that drives the rear wheels.