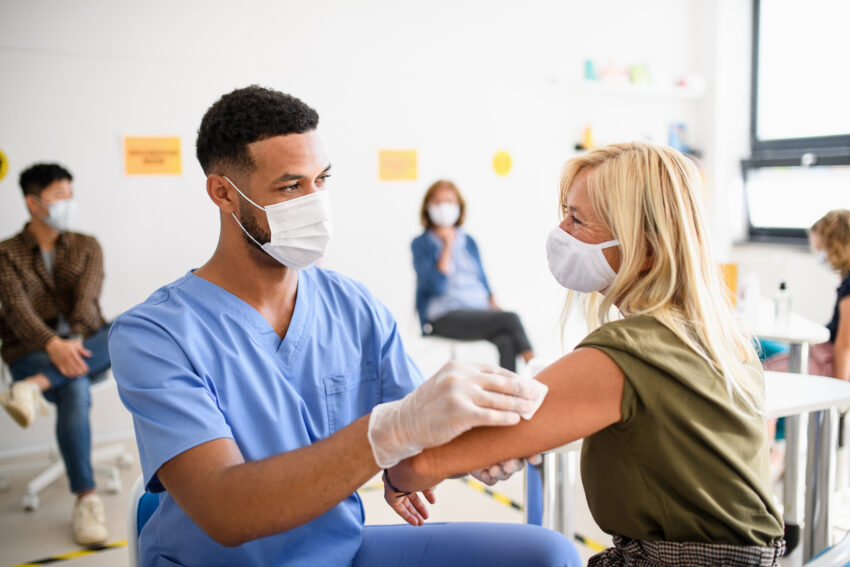 Booster shots will be offered to 32 million people starting next month to protect the most vulnerable before winter, it was reported last night.

Up to 2,000 pharmacies will run the program so the NHS can target the 5.3 million patients caught in a backlog of treatments.

Ministers aim to administer an average of nearly 2.5 million third doses per week, starting in September, The Daily Telegraph reported. The highest number of doses in one day so far was 873,784 on March 20 of this year.

Adults 50 and older, as well as those who are immunosuppressed, will be offered additional doses starting Monday, September 6, which could allow the program to be completed in early December.

Proposals have been developed for it to be administered with the flu vaccine. The idea of ​​an injection in each arm was raised.

A government source said that the proposal “depends on the final JCVI [Joint Committee on Vaccination and Immunisation] counseling and booster trials of the coronavirus vaccine ”.

Seven vaccines are being tested, with mRNA technology from Pfizer-BioNTech and Moderna, as well as with Novavax, which uses a subunit protein, showing positive results in preliminary data, it is understood.

An NHS spokesperson said: “Community pharmacies have been an important part of the Covid vaccination program, the largest and most successful in the history of the health service, and will continue to play a vital role.”

The proposal comes as more patients are paying for private, life-saving surgeries, including £ 20,000 cardiac operations, due to long NHS waiting lists.

Private medical providers say the demand for “self-funded” surgeries has increased dramatically since the start of the pandemic, as a record number of people, including 4,000 patients who have been waiting for two years, join the backlog of treatments.

Britain’s largest private hospital group, HCA Healthcare, said there had been an increase in “higher acute care” during the pandemic, including a 20 percent increase in “self-funded cardiothoracic hospital procedures,” reported The Daily. Mail. This includes operations like a heart bypass, which can cost £ 17,500.

Health officials fear the backlog could increase to 13 million as more patients show up.