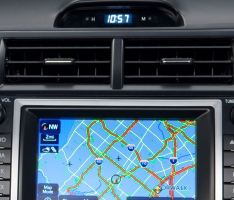 October 9, 2021 – A Toyota Camry HVAC lawsuit is moving forward as a federal judge denied giving a summary judgment to Toyota and Toyota Distributors of the Southeast (SET).

But according to the current version of the class action Camry, the 2012-2014 non-hybrid Camries have flaws in the ventilation and air conditioning systems that cause musty odors in cars.

The passenger compartments of Camry cars become filled with dangerous odors created by the accumulation of moisture and microbial growth within HVAC systems.

Plaintiffs allege that Toyota and Southeast Toyota distributors conspired to hide HVAC flaws and engaged in a plot to protect the Toyota brand and overload Toyota Camry customers.

Additionally, Toyota and SET would work together to avoid repairs and repurchases under the Florida Lemon Laws, all alleged violations of the Federal Racketeer Influenced and Corrupt Organizations (RICO) Act and the Florida Deceptive and Unfair Trade Practices Act (FDUTPA).

Toyota allegedly told dealers to notify Camry customers of the HVAC or it came naturally and could not be repaired.

According to the Camry HVAC lawsuit, more than 200,000 customers have purchased 2012-2014 non-hybrid Camry cars in the SET region.

The Toyota lawsuit already had survived a layoff offer, but Toyota and Southeast Toyota Distributors then moved for a summary judgment, asking the judge to rule against the plaintiffs without going to trial.

Toyota told the judge that the RICO conspiracy claims fail for multiple reasons and the Camries show no evidence of having faulty HVAC systems.

However, of the four plaintiffs who sued, only one plaintiff saw his claims rejected because he did not purchase his Camry from an authorized Toyota dealer.

Toyota also argued that experts’ opinions and testimony on the damages are rejected, but the judge ruled to rule out only the opinion that “the costs of repairing the damages are a viable alternative to overpaying.”

The Toyota Camry HVAC case was filed in the United States District Court for the Southern District of Florida: Cardenas, et al., V. Toyota Motor Corporation, and others.