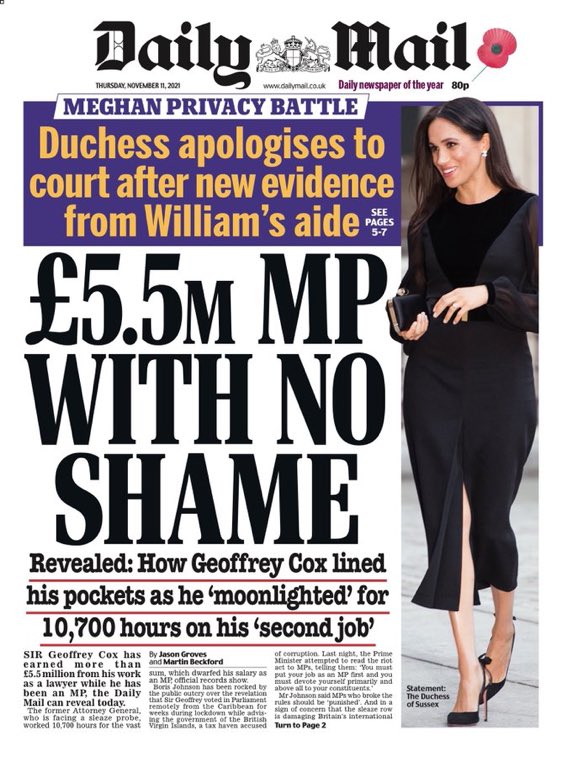 For the second consecutive day, the Daily Mail decides that Geoffrey Cox is the main story unlike almost every other newspaper that has gone on.

I’m not so sure about the public impact that Cox’s story is having aside from highlighting the fact that the Conservative MP is a very successful lawyer.

A phase is coming where Johnson needs to do something about the issue of second jobs for MPs, which could be very complicated as Tory MPs are more likely to have one. Conservative MPs are also the most angered by what they were asked to do last week.

There is no doubt that Johnson’s desire to help Paterson and the subsequent U-turn was very damaging to him personally. The political world would have been so different if the parliamentary standards procedure had been allowed to run its course and Paterson was now suspended.

I think Johnson is now less likely to lead the party in the next general election.