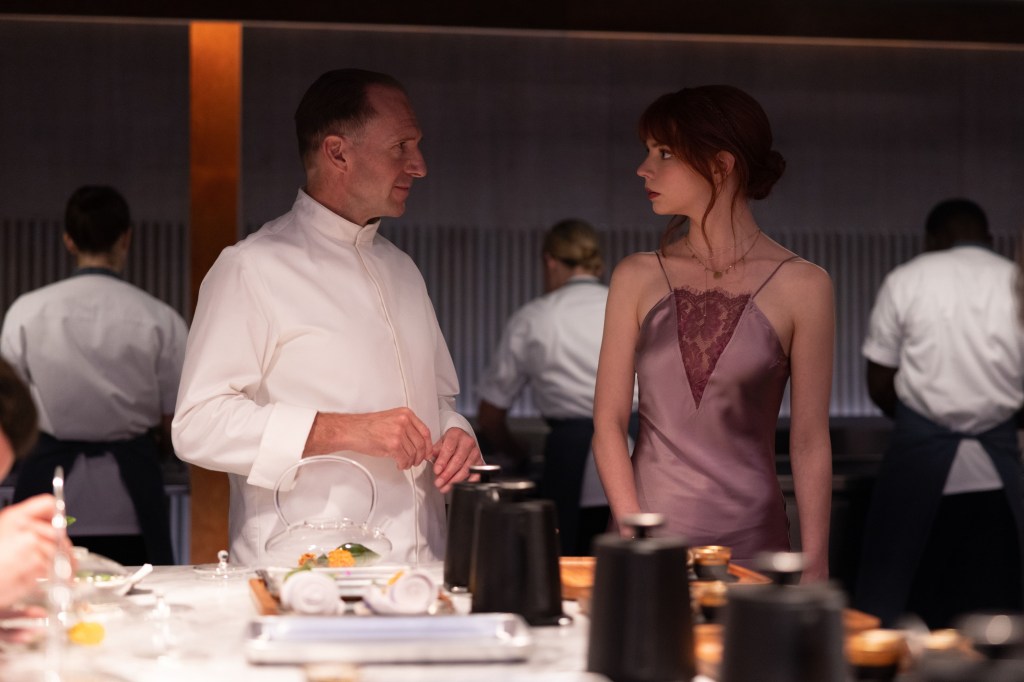 If you’re someone who considers himself a fan (and I totally am), chances are there was a time in the last few years where you had The Awakening. That may have been when the waiter was describing the beef marrow with whipped foam served with New Zealand baby lettuce. It may have been when you were eating the snapper that was half cooked, like a rare steak, and you thought, “I love sushi, I love cooked fish, but I’m not sure.” East It really is the best of both worlds.” It may have been when you saw the bill.

Whatever the trigger, that was the moment he looked up from his plate and realized that high-end food culture has become a serious nuisance. He’s gotten too fussy, too expensive, too full of himself, too No full (of oneself), too avant-garde and conceptual, too linked to The Salvation of the Planet, too much calvary. Did I mention too expensive? Before, if you wanted to ridicule culinary mania, you made fun of someone like Guy Fieri. But he has risen from the ashes of infamy to a kind of reborn respectability (and yes, “Diners, Drive-Ins and Dives” was always a great show). Now, if you want to ridicule culinary mania, the most natural targets are restaurants like The French Laundry in Napa Valley or Bros’ in southern Italy, places where the 12-course “tasting menu” can inspire you to think, as one blogger. that “nothing even resembling a real meal was served”.

That’s food culture that “” takes and prods, slicing and dicing with hilarious and shocking suspenseful enthusiasm. Most of it is housed within the metallic contours of an exalted designer restaurant, a temple of haute cuisine called Hawthorne, that is special enough to be located on its own island: Hawthorne Island, a 12-acre destination in the farm-to-table where the rich, famous and pretentious pay $1,250 a head to sample the ever-changing tasting menu put together by chef Slowik (Ralph Fiennes). He’s a dour cooking guru who is at once a self-inflated artist, a drill sergeant for his army of cooks (who work beyond diners in an open kitchen), and an agri-food cult leader, presenting each dish with a thunderous hand applause and a monologue explaining its meaning. “Don’t eat,” he tells diners. “Button.” But the exhortation to try without eating is a chef’s form of narcissism. It is a legend in his own mind that he has forgotten what food is for.

“The Menu” is a black comedy, but it is played to the letter. cast it is a thriller, because after a while what is served to the diners goes from pretentious to dangerous. Even danger becomes a form of snobbery: That’s how important food is. However, the tasty joke of “The Menu” is that food doesn’t matter at all, food is an abstraction, a idealall generated to fulfill a notion of perfection beyond the hereafter that has little to do with sustenance or pleasure and everything to do with the vanity of those who create the food and those who consume it.

The latter, in this case, are a set of diner victims brimming with theatrical flaws like characters in a “Knives Out” movie. That’s why knives are out for them. They get what they deserve just for coming to this restaurant, for embracing the dream that this is the food they’ve earned, because that’s how cool and prosperous and elitist they are.

Tyler (Nichols Hoult), a devout foodie, already knows he’s going to love whatever is served. He had brought along a date, Margot (Anya Taylor-Joy), who isn’t that interested; in fact, she becomes the representative of the cynically level-headed and ordinary audience she sees through all the bravado she puts on. Lillian (Janet McTeer), a food critic, prides herself on writing the kind of reviews that shut down restaurants, so we know she deserves it. There’s also a trio of tech bros (Arturo Castro, Rob Yang, and Paul Adelstein) who, between the three of them, embody every flavor of disgusting. And there’s a much-loved but fading movie star, played by John Leguizamo, along with his assistant (Aimee Carrero), who is using dinner as an excuse to break up with him.

“The menu” is divided into dishes, with each dish and its ingredients listed on screen, and for a moment the film is content to lampoon food. The first course is foamy (an indication that it will not melt in your mouth but will evaporate before you can enjoy it). And that’s the down-to-earth dish. Each of the following represents more and more of a deconstruction of food as we know it. Chef Slowik is a culinary mad scientist who has reduced the very essence of cooking to a glorified laboratory experiment. The diners are his guinea pigs, so he may have a barely concealed contempt for them. It turns out that the menu he has devised is meticulously organized to All of them to get what he deserved, as if this were the Michelin star version of “Saw”.

The director, Mark Mylod, is a British television veteran who has some incredible skills (he directed 13 episodes of “Succession”) and he shows them off here. His staging is sharp, elegant, icy in the best way. And the script, by Seth Reiss and Will Tracy (veterans of Seth Meyers, John Oliver and the “Onion” TV series), never fails to buzz with watching, even as it veers into an over-the-top, blood-soaked realm. , which turns the film into a twisted version of the theater of the absurd.

All the actors are funny, but the two lead actors (sorry I can’t resist) are so good they’re delicious. Ralph Fiennes plays the artistic chef from hell as a great snobbish fascist, as if his mission (to make food that can be savored but is somehow too good to eat) exalts and torments him at the same time. And Anya Taylor-Joy, as the client who has her number, walks through it all with a glare that grows ever more contemptuous, as she puts together the big picture of what’s going on: that the decadent aristocratic superiority of it all is the whole point. The grand finale is bitingly funny, as Chef Slowik deconstructs the ultimate junk food: the smore, a “fucking monstrosity” that will cleanse everything with his fire. “The Menu” says that the problem with what high-end cuisine has evolved is that it has become too separated from the low-end, leaving nothing in between. No matter how divine the food is, you end up starving.

A bionic pancreas could solve one of diabetes’s biggest challenges

The bionic pancreas, a credit card-sized device called an iLet, monitors a person's levels throughout the day and automatically delivers insulin when needed...
Read more