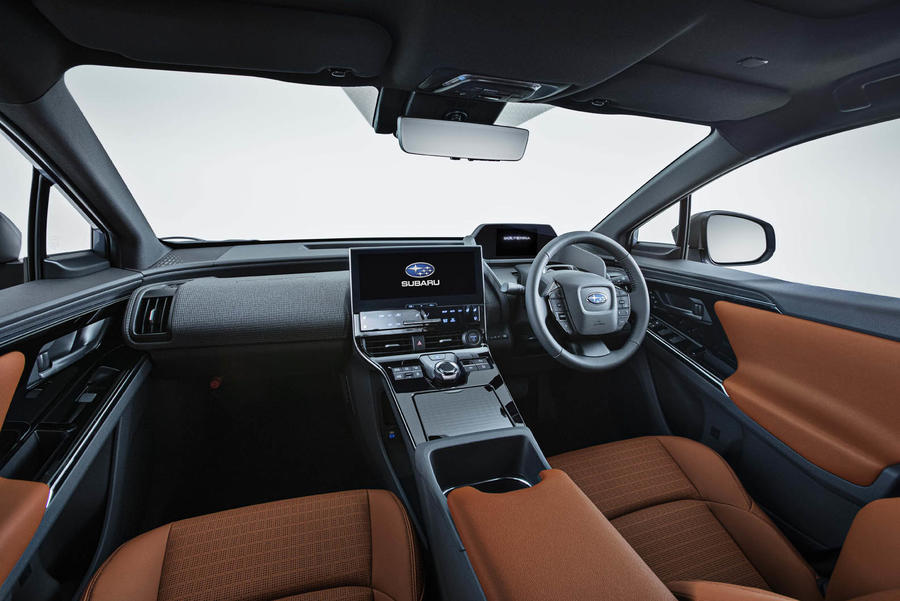 Subaru has discarded the new Solterra as its first electric car, with the pledge that “existing Subaru customers can feel that it is truly a Subaru”.

On sale worldwide in mid-2022, the Solterra is the second car to emerge from the electric vehicle development partnership between Subaru Other Toyota, following the revelation of the technically identical Toyota bZ4X last month.

As suggested by previous teaser images, the Solterra is a close visual match for its sister Toyota, save for a new front grille and headlight treatment that more noticeably connects it with Subaru’s existing SUV range.

Dimensionally, it is comparable to the Forester crossover with combustion engine, with a length of 4690mm, a width of 1860mm and a height of 1650mm.

Despite its close relationship with Toyota’s EV, it is claimed that the Solterra “was built as an authentic SUV in an eco-friendly package that can be used as confidently as existing Subaru SUV models.”

Indeed, when Toyota and Subaru initially teamed up to develop a new architecture dedicated to electric vehicles (called e-TNGA from Toyota and e-Subaru Global Platform from Subaru) – Subaru’s historical affinity for all-wheel drive was highlighted as a particular strength.

Subaru’s influence on architecture extends to the twin-engine transmission – made up of a pair of 107hp engines for a total system power of 214hp and a 0-62mph time of 7.7 seconds – which promises control. precise of each wheel in turn and “flexible power distribution between front and rear”.

A familiar “X-Mode” feature enhances the electric vehicle’s off-road credentials, while the addition of a new Grip Control mode allows the Solterra to travel steadily at speed on bumpy roads.

As with the bZ4X, a 201hp entry-level front-wheel drive model will be offered, with a 0-62mph time of 8.4 seconds, though Subaru has yet to confirm whether both variants will arrive in the UK.