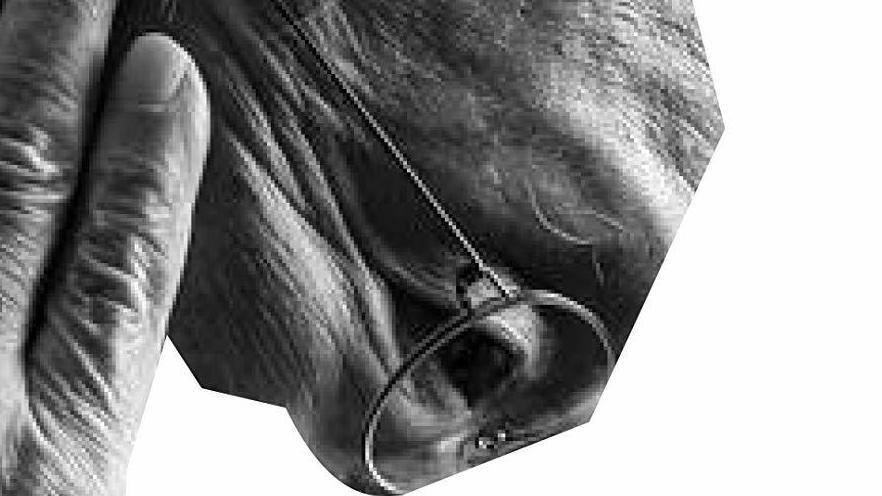 The prisonerHwang Sok-yong’s extensive memoirs, incisively translated by Anton Hur and Sora Kim-Russell, vividly capture the literal and metaphorical imprisonment of a South Korean writer. Even the ascetic design of the cover poignantly evokes the ruptures in Hwang’s life and work, caused by war, ideology, geography, and language, turning the author’s disembodied profile in gray against rugged areas of black and white.

Hwang, a former political prisoner and pro-democracy intellectual, maintains that all Koreans, North or South, are refugees due to historical and economic circumstances, and has lobbied for decades for peaceful measures to end the division of the peninsula at the 38th parallel. (As the 1953 ceasefire agreement was not considered a peace treaty, there has been no official end to the Korean War. National security law, enacted by South Korea when the two countries formally separated in 1948, has been used by the South to prosecute anyone deemed to “compromise state security”).

It witnessed the historic turmoil in both North and South Korea.

Born in 1943, Manchuria, Hwang moved to Pyongyang, North Korea, after the liberation of Korea from Japanese rule in 1945. His family later emigrated to Seoul, South Korea, where Hwang witnessed the turmoil of the War. from Korea, then the April 1960 RevolutionWhen many of his fellow students were attacked or killed by the military police during the protests against the president Rhee syngmandictatorship. Hwang’s cohort was the first generation to receive Korean education after liberation, leading to their aspirations for a democratic state and the eventual reunification of North and South Korea.

Hwang’s political consciousness was reinforced by his later conscription service in the Vietnam War and his grassroots efforts in the Gwangju Democratization Movement. From his perspective, the South Korean military regimes, supported by the Cold War interests of the United States, employed murderous tactics in the name of anti-communism. This hard-line approach, in his view, violated the fundamental rights of South Korean citizens and further radicalized North Korea, impeding the peacebuilding process between North and South.

The shadow of the armsHwang’s novel based on his experience in Vietnam, which accuses the role of the United States in Southeast Asia and the complicity of South Korea, suffered its own rupture when a martial government suppressed the publication of the first volume of 1985. Hwang succeeded publish the entire novel in 1988 under a different administration, but persistent censorship led him to question his growth as an artist. This, in turn, led him to visit North Korea in 1989, resulting in nearly ten years of self-exile and imprisonment, an arid period that he nevertheless considers deeply transformative. Hwang was released in March 1998, shortly after Kim dae-jung – pro-democracy activist – became president.

An eventful life breeds creativity, but it makes things difficult for your family.

Cinematic, fascinating, elegiac, The prisoner It captures the dialectical tensions in Hwang’s life and career in a way reminiscent of Jacob wrestling with an angel, or the haunting films of the South Korean director Lee Chang-dong. He was born left-handed but was forced to use his right hand – as Asian culture considers the left hand to be the “wrong” hand – for a long time, Hwang’s self was literally divided. While using his right hand to write, he displayed emotional energy with his left hand, throwing a ball, waving a fist in anger, or hugging a woman.

Cinematic, fascinating, elegiac, ‘The Prisoner’ captures the dialectical tensions in Hwang’s life and career in a way reminiscent of Jacob wrestling with an angel.

Hwang draws further parallels between this mind-body paradox and his prison hunger strikes: fasting allowed him to gain a critical view of his past, but such a stern moral stance deprived him of daily prison rituals, such as breaks for eating, which helped him feel alive in the present. Similarly, while Hwang’s activism represents a desire to unify the Korean body, the effort created painful rifts in his personal life.

Hwang acknowledges that the hectic life that nurtured his literary career was also a form of exile or flight: it provided him with meaningful commitments but little room for introspection. Such a life, in turn, exiled his family members from safety and happiness; his human rights achievements resulted in absent: he was unable to see his mother before her death, and he was a selfish and unreliable husband and father to his wives and children.

At first, Hwang didn’t want to examine himself as closely as his fictional characters.

Hwang’s memoirs, reflecting this protracted struggle, took years and a lot of pushing from his editors to complete. He was initially reluctant to apply the prismatic lens of his fiction to autobiography, as that would have meant submitting to the same holistic gaze reserved for his characters, but he eventually came to appreciate the inquisitorial and cathartic appeal of nonfiction. The prisoner thus broadens Hwang’s literary reach, uniting his life experience with the compassionate realism of his later works.

‘The Prisoner’ … expands Hwang’s literary reach, uniting his life experience with the compassionate realism of his later works.

Structurally, the “cold turkey” approach of the book, with a helpful editor’s note, but without the introduction of the translators, a map of the Korean peninsula, or a historical timeline to accompany Hwang’s narrative, still allows a patient reader will gain a broad understanding of Hwang’s trajectory in relation to the geopolitics of South Korea. The story of Hwang’s prison, divided into six segments, constitutes the lyrical refrain that interrupts the chronology of his life before his incarceration. This groundbreaking arrangement eloquently reproduces the breaks and rhythms in Hwang’s life and art.

Weather The prisoner Recognizing the burdens of freedom of expression and the sisyphus nature of the North-South struggle, Hwang’s epilogue stands firm with his urgent but timeless warning: “A society where artists have lost their faculty of criticism and unconditionally submit to power is on the way to losing its democracy. “

Thúy Đinh is co-editor of From Mau other editor in general to Asymptote journal. His work can be found at thuydinhwriter.com. She tweets @ThuyTBDinh.