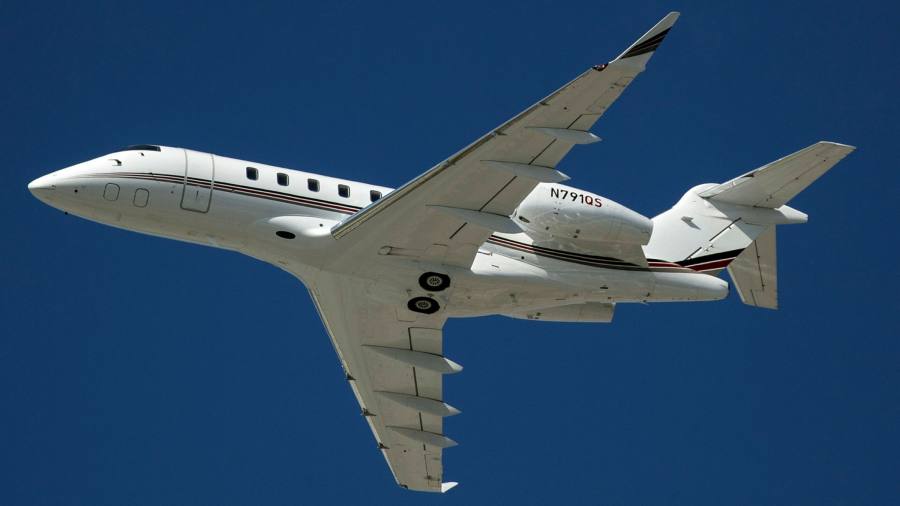 The erratic return of scheduled flights is diverting a record number of affluent travelers to private jets, causing an aircraft crisis as the industry scrambles to increase capacity.

According to aeronautical data provider WingX, more than 4.2 million private jet flights have been performed this year, with a record number in each of the past six months. In the first week of November they increased by 54% compared to the same period last year and by 16% compared to 2019.

Industry executives say rising wealth among the rich, particularly in the United States, has also fueled the boom in private flight.

The demand is so high that Flexjet has stopped acquiring new customers for its entry-level Jet Card programs. The same goes for NetJets, which has had the highest demand for flights in its nearly 60-year history and is investing approximately $ 2.5 billion in 100 new aircraft.

Stocks of used jets are at an all-time low, according to Jefferies, with just 861 aircraft on sale in October, half the number available a year earlier.

But sales are on the rise despite the few numbers available. Cirium’s consulting firm Ascend said second-hand sales in the first nine months of the year were nearly 10% higher than the same period in 2019.

“For the first time in a long time we see buyers in trouble. . . people are paying above the asking price and there is simply a shortage of availability that has never been seen, ”said Anna Kopinski, analyst at mba Aviation.

The use of business aviation is absolutely tied to the perceived wealth and strengths of the economy. Anyone in this industry not wary of this, I don’t know where they have been in the last few decades.

“The problem is that there is huge demand at the moment and we can’t get the air frames. . . to be able to change them as quickly as possible, “he said.

According to Hall, back orders for most of the new planes are approaching two years.

Benoit Defforge, president of Airbus Corporate Jets, the aircraft manufacturer’s private jet arm, said demand is “above pre-pandemic levels”, with “many new arrivals on the way.”

Defforge said the first available delivery slot for one of his mounted ACJ220 aircraft is “early 2024”.

The industry boom comes despite rising environmental costs: A private jet emits up to 20 times more CO2 per passenger mile than a commercial airliner, according to jet charter platform FlyVictor.

Some within the industry warn against excessive exuberance, as it has historically been a cyclical activity.

“The use of business aviation is absolutely tied to the perceived wealth and strengths of the economy,” said Eugene of FlexJet. “Anyone in this industry who doesn’t distrust this, I don’t know where they’ve been in the last few decades.”

How To Wisely Save And Invest Your Money In 2022: A Helpful Guide