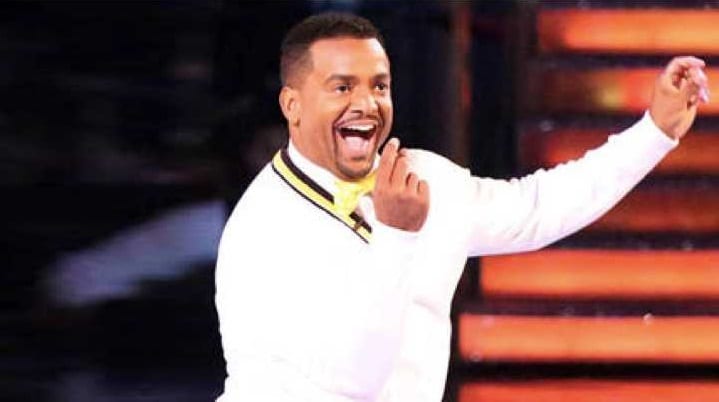 Alfonso Ribeiro is best known for his role as Carlton Banks in the beloved 1990s sitcom The Fresh Prince of Bel-Air, starring Will Smith.

Carlton’s character is important because he represents a non-stereotypical member of the black community who does not consider himself “black enough.”

Ribeiro spoke about being typecast for roles like Carlton and the backlash he gets for being in an interracial marriage.

“It still happens almost every day, unfortunately,” Ribeiro told the Atlanta black star about having challenged its blackness. “I am in a mixed relationship. And I get things, looks and comments constantly. And I find it very interesting because you see a lot of things on social media where people say things and people have positions and perspectives. And it is not easy to make that decision, because you are not at home in any house. I will never be white and I will never receive full support in the Black house. “

Ribeiro spoke more about his relationship with writer Angela Unkrich. “I am in my own little world with the support of almost no one, to be in love with someone with whom I have fallen in love. How does that make sense? It’s not like that, ”he said. “We all want to live in a world where everyone is accepted for being, loving and living the way they choose to live. I will support anyone who wants to live in a world they want to live in. “

Alfonso Ribeiro added that he has never been invited to the BET awards despite his contributions to culture.

“I laugh at the fact that I’m a mainstream TV host, I’ve been in the game forever and I could buy tickets to go to the BET awards. So, it is what it is. I’m not going to buy the ticket … But at the end of the day, if that’s the view they take, then that’s the view they take. I can’t change my mind. All I can do is live my life and be me and be the best version of me. And continue to love everyone equally, and let it fall where it falls. “

Despite his experience, Ribeiro’s friendship with his co-star Smith has not been broken.

“Well, we were friends before. That helped a lot, ”Ribeiro said. “We were able to… play on set. We were able to not take things so seriously that our egos never got in the way of creating fun things. The things we learned early on was that if I’m his straight man and he laughs a lot, we both win. If he’s my straight man and I laugh a lot, we both won … I think our success on the show was so great because we never stopped each other to win. “

One user responded to Ribeiro on Twitter with an embarrassing “is it you?” moment. “Maybe that’s why we don’t care about your marriage or why you haven’t been invited to BET,” wrote @iamlexstylz.