The source | Michael B. Jordan vows to rename J'ouvert rum brand after backlash 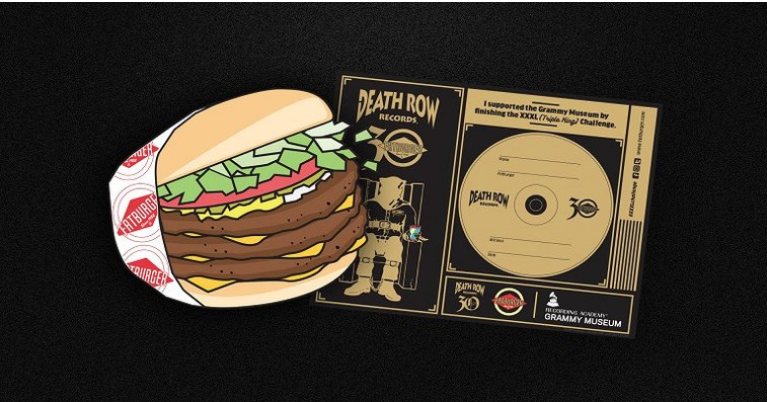 Los Angeles-based Death Row Records has partnered with Fatburger this month to support African American Music Appreciation Month. They have come together to celebrate the label’s 30th anniversary as they honor hip-hop music in African American culture with the GRAMMY Museum.

This month, Fatburger customers can help support the continuing legacy of the GRAMMY Museum by purchasing an XXXL hamburger. Fans can also celebrate with limited edition merchandise and 60 non-fungible tokens (NFTs).

LA’s quintessential burger brand, which has been known as a cultural crossroads for the African-American music community since its founding in the 1950s, and Death Row Records, celebrating its 30th anniversary this year, will jointly donate $ 1.30 per each XXXL hamburger. purchased in-store or online at the GRAMMY Museum beginning June 1. Online, Fatburger and Death Row Records fans will have a once-in-a-lifetime opportunity to purchase limited edition clothing and artwork from NFT, which come in the form of digital gold coins with the brands’ iconic logos on both sides. , to commemorate the rap born in Fatburger and Death Row. Each NFT comes with FAT Cash to redeem a Fatburger.

From June 1 Until June 30th, Consumers can also register at www.fatburger-deathrow.com for a chance to win a Fatburger & Death Row loot pack featuring items like Death Row’s best-selling vinyls and cassettes and exclusive merchandise. For more information or to find a Fatburger near you, visit www.fatburger.com.