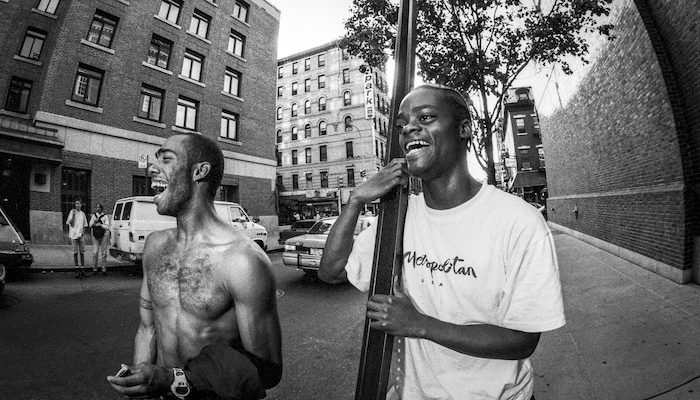 With the Olympics in full swing, there has been no shortage of controversy surrounding the games. However, a major positive has been the addition of skateboarding, which made its debut in this year’s Olympic lineup. While skateboarding has been a mainstay of pop culture for decades, few are aware of the sport’s strong ties to the hip-hop community. However, the documentary film “All Streets Are Silent” changes that, showing the influence and cross-culture that the skate and hip-hop communities had on each other’s culture.

The documentary, narrated by Zoo York co-founder Eli Gesner, with an original score by legendary hip-hop producer Large Professor (Nas, a tribe called Quest), shows how the skateboarding community was integral in the beginning of many elements of hip-hop culture and vice versa.

“All the Streets Are Silent” shows how the two vibrant (and at the time, young) subcultures collided on the streets of New York in the late ’80s and early’ 90s, specifically at the iconic Mars nightclub, which was a Important place where numerous cultures (skate, graffiti, hip-hop and more) intersected and a mix of people (“uptown, downtown, models, journalists and rappers”) mingled, crossing racial and class lines. The documentary succinctly compares the cultures of hip-hop and skateboarding as the “same expression with different presentations.”

The documentary describes how a wide variety of legends started on Mars or simply haunted the place: the Black Sheep, Puff Daddy, Jay-Z, Run DMC, KRS One, Ice Cube, DeLa Soul, a Tribe Called Quest, Queen Latifah, and more. Moby he was one of the first DJs on Mars.

Although Mars closed shortly after its opening, the connections made and the culture that developed from it led to the first hip-hop clothing line, Phat Farm, which was described as a collaboration between Russell simmons and “three skaters”. Zoo York, Supreme, and other local brands also grew out of the main group’s influence.

Run DMC ‘s Darryl mcdaniels explains in the documentary how Mars was “the place where all the people would conserve before the explosion of opportunities for all of us – the great clothing lines, the great brands, the great musicians – it all started with Mars.”

Using archival footage and interviews, the documentary brings to life the magic of the time and the convergence that created a visual language and style that would have a huge and lasting cultural effect that still exists in 2021. From the DJ booths and the tracks From dancing from the Mars nightclub to the founding of brands like Supreme, this convergence would set the stage for modern streetwear.

The source | Vanessa Bryant reaches an agreement with her mother