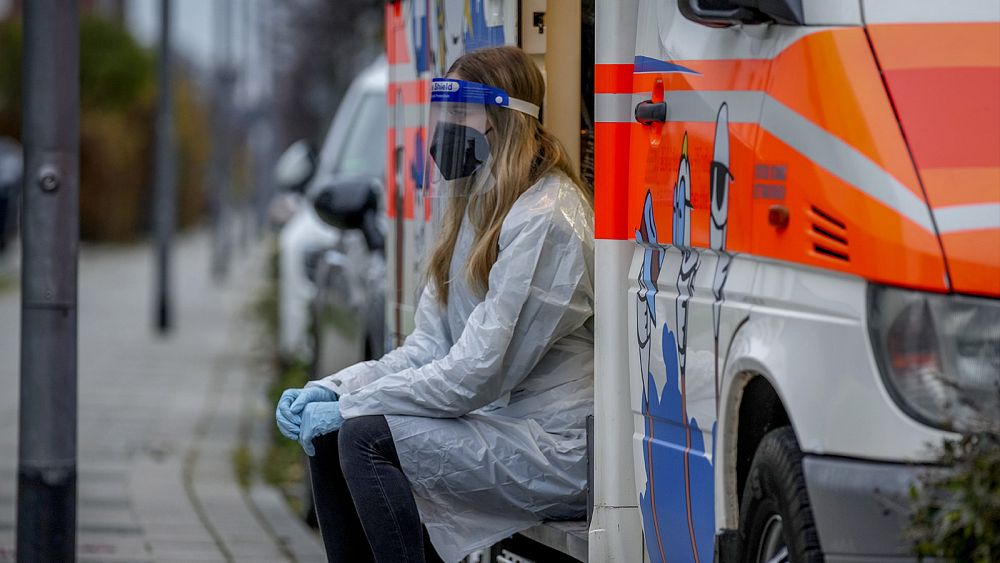 Cases of COVID-19 are again on the rise in various parts of Europe as the cold has affected the spread of the virus.

The countries of the Old Continent are attempting to curb the peak by various means, from introducing lockdowns for the unvaccinated to restricting access to certain services or pushing for increased vaccination rates.

Here is a summary of the latest situation in some of the European countries:

On Monday, the Alpine country implemented a nationwide lockdown for its unvaccinated citizens. The rule, which went into effect at midnight on November 15, prohibits people 12 years of age or older from going outdoors except for essential activities like work, attending classes, grocery shopping, or going for a walk.

The number of police patrols has been increased and anyone caught breaking the rules can be fined up to 1,450 euros.

“In the long run, the way out of this vicious circle we’re in – and it’s a vicious circle, we’re stumbling from wave to wave, and that can’t go on indefinitely – is just vaccination.” .

About 64% of the population is fully vaccinated, a rate that Schallenberg described as “shamefully low”.

Austria on Sunday recorded 849.2 new cases per 100,000 residents in the previous seven days.

Cases in Germany hit another record, with 303 new cases per 100,000 residents in seven days.

Brandenburg, which includes Berlin, has become the latest of many of the country’s federal states to ban unvaccinated people, even if they test negative for COVID-19, from restaurants, museums, and other public places.

The country is experiencing a particularly severe wave of infections after the traditional autumn holiday break.

On Saturday, outgoing Chancellor Angela Merkel launched a new appeal for those who are still undecided to go and get vaccinated.

“If we stick together, if we think about protecting ourselves and taking care of others, we can save our country a lot this winter,” Merkel said in her weekly podcast.

However, the Chancellor warned that “these are very difficult weeks ahead of us”.

Last week, the country’s disease control center asked people to cancel or avoid large gatherings, while the possibility of returning to remote work is also being considered.

Germany has struggled to give new impetus to its vaccination campaign, with just over two-thirds of the population fully vaccinated, and is looking to increase the percentage of booster doses.

In response to a spike in those who tested positive for COVID-19 – a record number of 16,364 infections were recorded on Friday – the Dutch interim government implemented a partial lockdown on Saturday night that is expected to last at least three weeks, forcing bars and restaurants to close. at 20.00.

The growing number of cases in this nation of 17.5 million comes despite over 84% of the Dutch adult population being fully vaccinated.

In the northern city of Leeuwarden, hundreds of young people gathered in a central square to protest the measures, lighting fireworks and rockets in front of the riot police who had gathered to suppress the protests.

Hospitals in the southern province of Limburg, the hardest hit Dutch region, said in a letter to the health ministry that “they are heading straight for a medical blockade and the whole system is slowing down”.

Hospital admissions are increasing by 30% per week. The Belgian government has moved its meeting on implementing tougher measures to control the spread of COVID-19 from Friday to Wednesday.

The number of patients in intensive care has exceeded 500, putting the country’s health system to the test.

Belgium has been in the midst of a spike in cases since about a month ago, when the government reintroduced some restrictions, only to loosen them a few weeks earlier. However, infections continued to rise, with over 10,000 reported every day in the past week.

After nearly 4,000 new cases were reported on Friday, Tanja Stadler, head of the country’s COVID-19 Task Force, said hospitals may need to admit up to 30,000 COVID patients this winter, according to Swiss outlet Le Matin.

According to the latest data, around 64.9% of the Alpine country’s population is fully vaccinated. Meanwhile, anti-vaccinists have demonstrated against a government-led vaccination campaign, with riot police having to protect public vaccination sites in places like Zurich.

Bulgaria tops the list of countries around the world by number of COVID-related deaths. With the latest figure reaching 283.68 deaths per million inhabitants, the wave in this Balkan country has not yet subsided.

The grim situation has deteriorated to the point where hospitals in Bulgaria are forced to temporarily suspend all non-emergency surgeries so that more doctors can treat the influx of COVID-19 patients. At the same time, parents across the country protested a measure calling for schoolchildren to be tested once a week to resume lessons in person. Protests against Green Passes also entered week three.

Bulgaria, which held its third general election of the year on Sunday, has the lowest double vaccination rate among EU member states, at around 23%.

Like Bulgaria, Romania has faced a deadly spike in cases, with reports claiming that the morgue in the capital’s main hospital has run out of space for the dead in recent days.

Although cases appear to be on a downward trajectory, the current biweekly average of 724.42 citizens testing positive for COVID-19 is still considered serious in a country of 19.29 million.

In Serbia, the rate of fully vaccinated citizens has slowed significantly since May and remains at 43%, despite the country’s initial success in obtaining large numbers of vaccines from different manufacturers as early as January.

The country of nearly 7 million has an average of at least five thousand cases a day since mid-September.

The government responded by reintroducing some light measures, such as bars, cafes, restaurants and other public places, asking their guests to present a COVID pass after 10pm.

Serbian Prime Minister Ana Brnabić’s statement last month that he “doesn’t believe in [going back to] the same measures that were implemented before vaccines, “fully considering the purpose of vaccines if blockages continue to be a necessity, have come under scrutiny.

Some doctors are now threatening to sue her due to conditions in some hospitals that have forced healthcare workers to focus solely on treating covid patients. Brnabić rejected this criticism, saying Thursday that she is proud of her government’s response.

Meanwhile, authorities at the Belgrade cemetery say they have an average of 65 burials per day, compared to 35-40 before the pandemic. Gravediggers are forced to bury people on Sundays – which they typically didn’t do – to handle the load.

The rise in infections appears to have been a wake-up call to some extent in Croatia, which has seen unusually large lines of people waiting for vaccines in recent days.

Authorities said Wednesday that more than 15,000 people received their first dose the day before, a significant increase after vaccinations nearly stopped in the Adriatic country of 4.2 million.

At the same time, anti-vaxxers held vigils in several cities across the country after the government announced plans to introduce mandatory COVID passes for government and public employees, including school teachers.

The Mediterranean country has entered a new, fifth wave of pandemic, caused immediately after the fourth caused by tourists from all over the continent who flock to its shores during the Christmas holidays.

The increase in cases has seen the number rise to a weekly average of 6,710 cases per day, while hospitals in places like Thessaloniki and Volos have run out of ICU beds to the point of having to intubate patients in corridors and parking lots.

The government and health ministry responded by pushing for more vaccinations and demanded that doctors from private clinics offer their services to state hospitals to help with the influx of patients.

Although the country is doing relatively well in terms of vaccinations, with around two thirds of its population receiving both vaccines, the numbers vary greatly between regions in Greece. The northern regions, in particular, have a very low rate, well below 50% in some places.

Last month, Latvia introduced a night curfew from 8pm to 5am due to the worsening coronavirus situation in the Baltic country by 1.9 million. Most of the shops were closed and no indoor and outdoor gatherings were allowed, including entertainment, sports and cultural events.

As these restrictions ended on Monday, the government has now revised its measures, allowing those with vaccination or recovery certificates to access all services.

Restrictions are still in place for the unvaccinated, who since Monday can only do basic things outside the home, such as grocery shopping or travel by public transport.

Latvia is still seeing a significant number of cases emerge, with a biweekly average of 1,533.33 positive outcomes per 100,000 population.

On Friday, Denmark reintroduced its digital pass by once again declaring COVID-19 “a socially critical disease” amid an increase in cases.

A valid pass is required for the following month to enter nightclubs or bars or to sit indoors in restaurants.

People over the age of 15 must show their pass when attending outdoor events where the number of people exceeds 2,000.

The Danish Pass app displays a QR code with a green banner if the holder is fully vaccinated or received their first dose at least two weeks ago, recently recovered from COVID-19, or had a negative test within the past 72 hours. A printed version is also available.

The rest of Europe

The list of countries that have experienced the greatest rate of acceleration in the number of positive cases – an indicator that the country may be approaching a peak – includes Hungary, Poland, France, Italy and Spain. All countries are currently considering various measures to prevent spread.