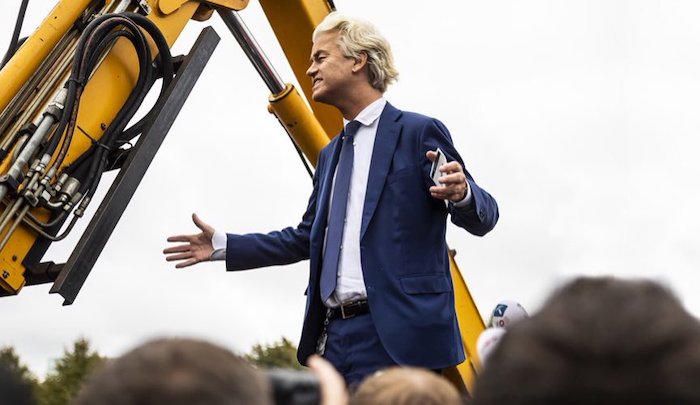 Here we get to the heart of the matter. Is Geert Wilders opposed to the entry of more Moroccans to the Netherlands because they are “brown” or Arab? Is it just that he’s racist? Or is it because you dare to notice that Moroccan Muslim immigrants have brought with them a sharp increase in crime, including jihadist terrorist activity? Is it permissible for the Dutch to want to protect their homeland from the violence of jihad and the oppression of Sharia? Or is it ipso facto “racist” and therefore should be definitively discarded, and the Netherlands should simply accept jihad, sharia and Islamization because to oppose them would be “Islamophobic”?

The anti-Islamic populist was convicted after insulting Moroccans at a campaign rally in 2014. He called the legal process a “witch hunt.”

The Dutch Supreme Court confirmed on Tuesday the conviction of far-right politician Geert Wilders for collectively insulting Moroccans at a campaign rally in 2014.

Wilders had been convicted in 2016 and demanded a new trial, arguing that the case was politically motivated and that the finding restricted his freedom of expression.

The court ruled Tuesday that the speech at the demonstration was not covered by freedom of expression.

“Even a politician must respect the basic principles of the rule of law and must not incite intolerance,” Supreme Court Judge Vincent Van den Brink said in his verdict.

“With that statement he offended a whole group of people … in this case because of his ancestry,” he added.

Wilders was not fined or jailed. The decision of the higher court cannot be appealed.

In May 2020, an appeals court overturned an additional conviction for discrimination and hate speech. The high court confirmed this earlier ruling on Tuesday….

At the 2014 campaign rally in question, Wilders asked his supporters if they wanted “less” Moroccans in the Netherlands.

In response to Tuesday’s ruling, Wilders said he is the victim of a political “witch hunt.”

“They want to shut me up, but I will never shut up,” he said.

How Disenfranchisement Happens in the US