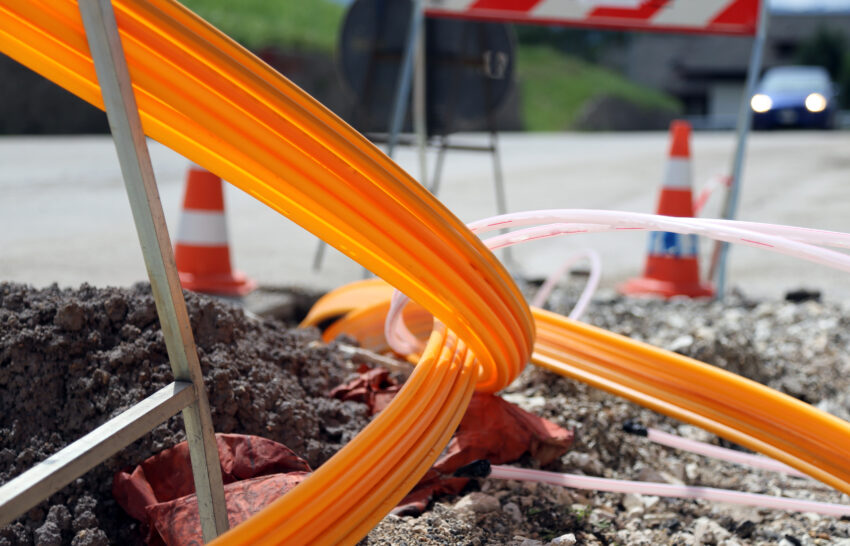 The government has launched a £ 4 million fund to support projects testing the running of fiber optic broadband cables through water pipes to help connect hard-to-reach homes without digging up roads.

The money will also be used to test pipeline monitors that can help water companies identify and repair leaks more quickly. About a fifth of the water supplied to the public supply every day is lost through leaks and it is hoped that the sensors can help meet the water companies’ commitment to cut water loss in half.

Infrastructure works, particularly the installation of new conduits and poles, can represent up to four-fifths of the costs for the industry of building new gigabit-capable broadband networks, the government said.

The project is designed to help reduce those costs and is part of a plan to improve mobile and broadband signals in rural areas.

Digital Infrastructure Minister Matt Warman said: “The cost of excavating roads and land is the biggest obstacle that telcos face when connecting hard-to-reach areas to better broadband, but under our feet is a vast network. pipes that reach practically all the buildings in the country.

“So we are asking Britain’s brilliant innovators to help us use this infrastructure to serve the dual purpose of delivering not just clean fresh water but also ultra-fast digital connectivity.”

The fund was launched after the government launched a call for tests in June on how more than a million kilometers of underground utility pipelines could be used to fuel next-generation broadband deployment.

A consortium, which could be made up of telecommunications companies, public service providers and engineering companies, will be selected to carry out the project. Applications must be submitted before October 4 and any proposal will require the approval of the Drinking Water Inspection.

Electricity and gas companies, water and sewerage networks and telecommunications groups have until September 4 to respond to the query on changes in regulations to facilitate the exchange of infrastructure. Broadband cables have already been deployed in water pipes in other countries, including Spain.

Although more than 96% of UK facilities already have access to ultra-fast broadband, which provides download speeds of at least 24Mbps, according to the government, only 12% of the UK have access to faster speeds over full fiber broadband.

A report published last year suggested that the government’s ambition to provide next-generation fiber broadband to all households by 2025 is likely to be lost, unless issues such as pricing and concrete plans to get there are addressed. to remote towns and villages. That ambition was a key promise in Boris Johnson’s election manifesto.