These are the winners of the Ig Nobel prizes 2022 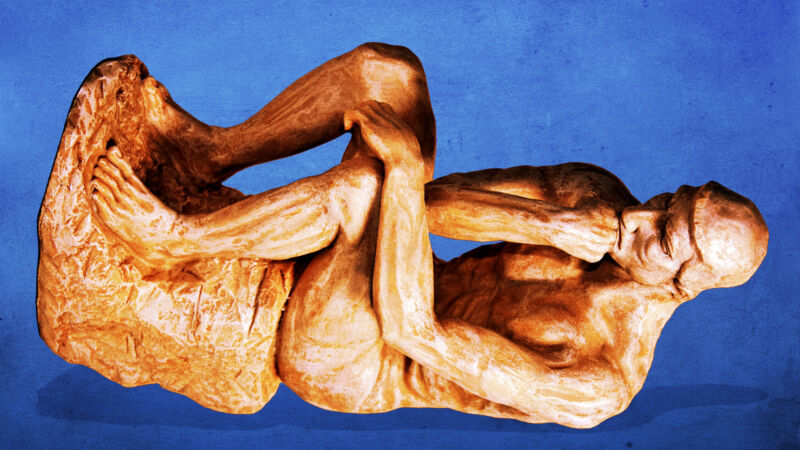 Would you give yourself an alcohol enema for science? Test the running speed of constipated scorpions in the lab? Build your own moose crash test dummy? Or perhaps you’d like to tackle the thorny question of why legal documents are so relentlessly incomprehensible. These and other unusual research efforts were honored tonight at a virtual ceremony to announce the winners of the 2022 annual Ig Nobel Prizes. Yes, it’s that time of year again, when the serious and the silly converge, for science. You can watch the live broadcast of the awards ceremony here.

Established in 1991, the Ig Nobels are a good-natured parody of the Nobel Prizes; they honor “achievements that first make people laugh and then make them think.” The award ceremony unapologetically features miniature operas, scientific demonstrations and 24/7 lectures, in which experts must explain their work twice: once in 24 seconds and the second in just seven words. Acceptance speeches are limited to 60 seconds. And as the motto implies, the research being awarded may seem ridiculous at first glance, but that doesn’t mean it lacks scientific merit.

Viewers can tune in to the usual 24/7 lectures, as well as a mini opera premiere, the know-it-all club, in which each member “makes clear their opinion that there’s only one person in the Know-It-All Club who knows anything,” according to the night’s knowledge theme. The winners will also give free public talks in the weeks following the ceremony, which will be posted on the Improbable Research website.

These are the winners of the 2022 Ig Nobel Prizes.

Honestly, I could write an entire article on this fascinating 1986 paper, adapted from de Smet’s doctoral dissertation. The study focuses on polychrome pottery from the Late Classic Maya period (AD 600–900), which frequently depicts palace scenes, ball games, hunting parties, and dances associated with human sacrifice (through the decapitation). But in 1977, scholars discovered a Mayan jar that represented the administration of an enema, and subsequently several others as well.

The Maya were apparently known to administer medicinal enemas, but pottery scenes suggested that they may also have taken intoxicating enemas in a ritual setting. De Smet and Hellmuth analyzed the iconography of various pottery pieces depicting enemas, as well as the linguistic glyphs that appeared in those scenes. They also compiled a list of possible “ethnopharmacological” substances that the Mayans might have ingested.

In the time-honored tradition of scientific self-experimentation, de Smet (a self-styled “non-inhaler smoker” and “regular user of coffee and beer”) tested the efficacy of a couple of suspected substances by administering enemas to himself. . He drank an oral alcoholic concoction for comparison before taking a separate clyster. Both concoctions had an alcoholic content of about 5 percent “since a cluster with an alcoholic content of 20 percent is quite irritating to the rectal tissue”, so much of the concoction needed to be consumed. Intoxication levels were measured with a breathalyzer. “The results certainly support the theoretical suggestion that alcohol is well absorbed from an enema,” the authors concluded.

De Smet wisely refused to self-administer a tobacco enema, given the evidence of toxic side effects. He has also not personally tried psilocybin mushrooms, fly agaric, water lily (a possible hallucinogen), Tsitse (erythin alkaloids), or Toh-ku, all less likely candidates for use in rituals depicted on pottery. He also chose to skip the toad poison (the buffo bufotenine alkaloid). Instead, he administered a closely related dimethyltryptamine (DMT) enema and found “no noticeable effect.” That’s an N of 1, however, with a fairly low dosage. The authors recommended “further research” to expand the sample size and dose range, but we did not delve any further to find out if other intrepid researchers followed de Smet down the self-administered enema route.

Meta took down a network of Chinese influence trying to inflame political tensions on Facebook, Instagram and Twitter ahead of the midterm elections.The accounts...
Read more

A new space race? China adds urgency to US return to the moon