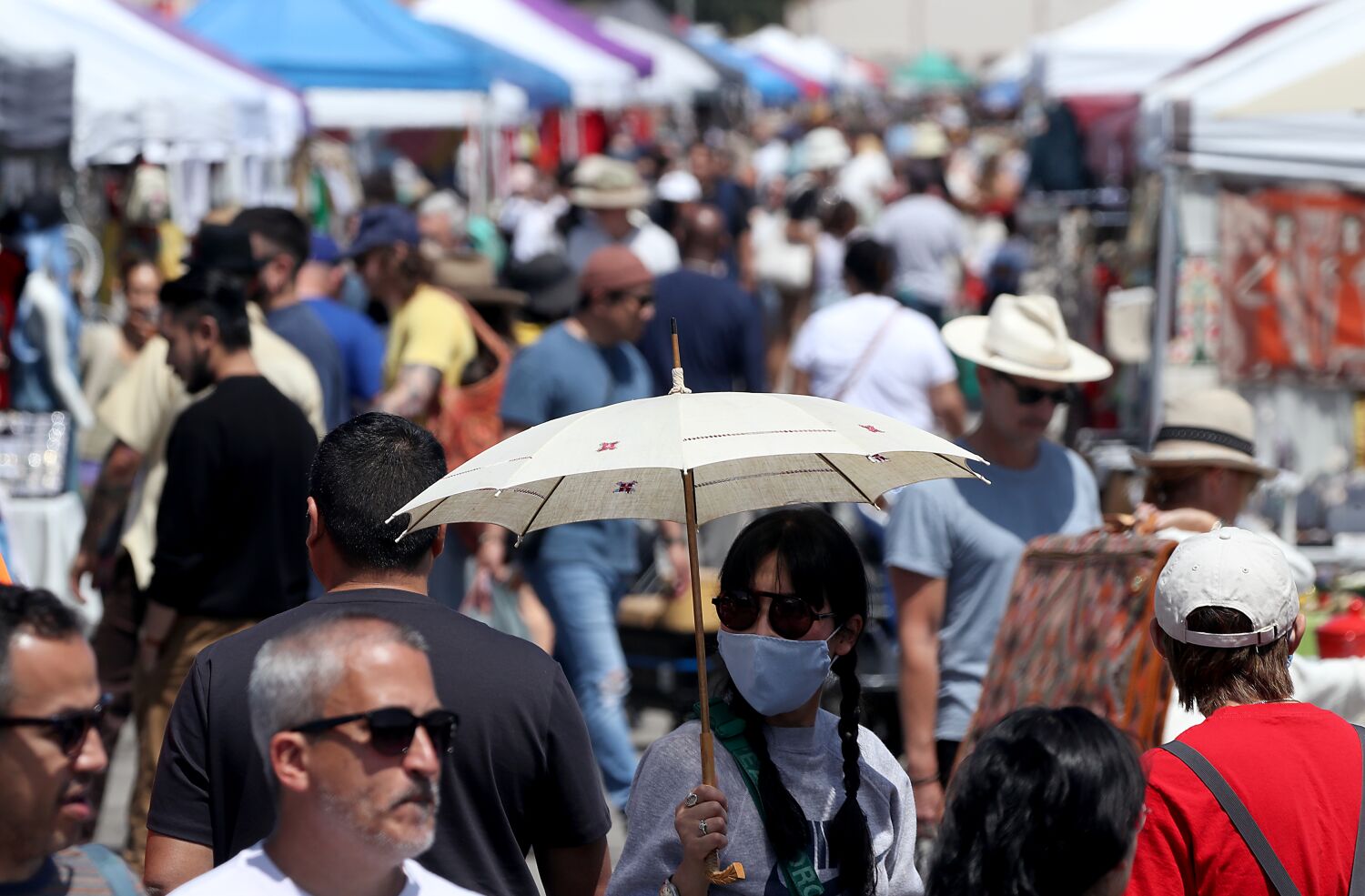 Although Los Angeles County is days away from possibly imposing another universal public indoor mask mandate, several cities within the county say they won’t enforce one if it is implemented or will issue their own.

City officials in Pasadena, Long Beach and Beverly Hills have spoken out against a new mask mandate in a surge of COVID-19 cases fueled by Omicron’s hyperinfectious subvariants.

“The Pasadena Public Health Department has determined that jurisdictional confirmed COVID-19 case rates have been declining for approximately 10 days, and local hospitalization metrics have not continued to increase during that time,” Pasadena health officials said. it’s a statement. Tuesday statement. “The City of Pasadena Health Officer will not be issuing a general indoor mask mandate at this time.”

Both Pasadena and Long Beach have their own public health departments and therefore can individually decide whether to align their local mask rules with those set by Los Angeles County.

Beverly Hills Mayor Lili Bosse previously ruled out the possibility of enforcing an indoor mask mandate, calling a special meeting Monday night to discuss the possibility of new mask rules in Los Angeles County. The council, headed by Bosse, voted unanimously not to deploy resources to enforce a mandate.

“I feel like it’s our job to lead, and I support the power of choice,” Bosse said in a statement. “Our job is to be proactive and public about what we believe. This is a united City Council and community that cares about health. We are not where we were in 2020, and now we must move forward as a community and be part of the solution.”

Los Angeles County Public Health Director Barbara Ferrer said the county would reissue an indoor mask mandate if it reached the high community level of COVID-19 defined by the US Centers for Disease Control and Prevention and stayed there for two weeks straight.

On July 14, the county entered the community high level of COVID-19 and remained there last week. That means a new mandate could be implemented on Friday.

The department is expected to announce a decision on the mandate on Thursday.

Being in the high tier means the county is seeing at least 10 new coronavirus-positive weekly hospitalizations per 100,000 residents and significant community transmission.

However, health officials have suggested that the recent drop in coronavirus cases and hospitalizations could cause a delay in the mask mandate.

“It’s important to note that we had three cases earlier this spring and summer where we saw drops in cases that were followed shortly after by increases,” Ferrer told the county Board of Supervisors Tuesday. “Therefore, it is important that we remain cautious and prepared to apply additional protections.”

Ferrer previously said the county could pause a mandate if transmission had slowed down significantly.

Until Tuesday afternoon, the average number of daily new cases for the past week in Los Angeles County it was 6,014, an 11% decrease from last week, when the daily count of new cases was 6,742, according to the county’s public health department.

“It is my fervent hope that this current surge will subside soon, but in the meantime, I ask everyone to be cautious and take care of one another, and I am grateful to the many who are doing their best to slow the spread. Ferrer said in a statement.

These 4th of July Activities Will Be a Game Changer for Your CelebrationWhen it comes to fall and winter, there's no shortage of exciting...
Read more

The Artemis-I vehicle will be removed from the launch pad in Florida to protect it from storm forces.
Read more