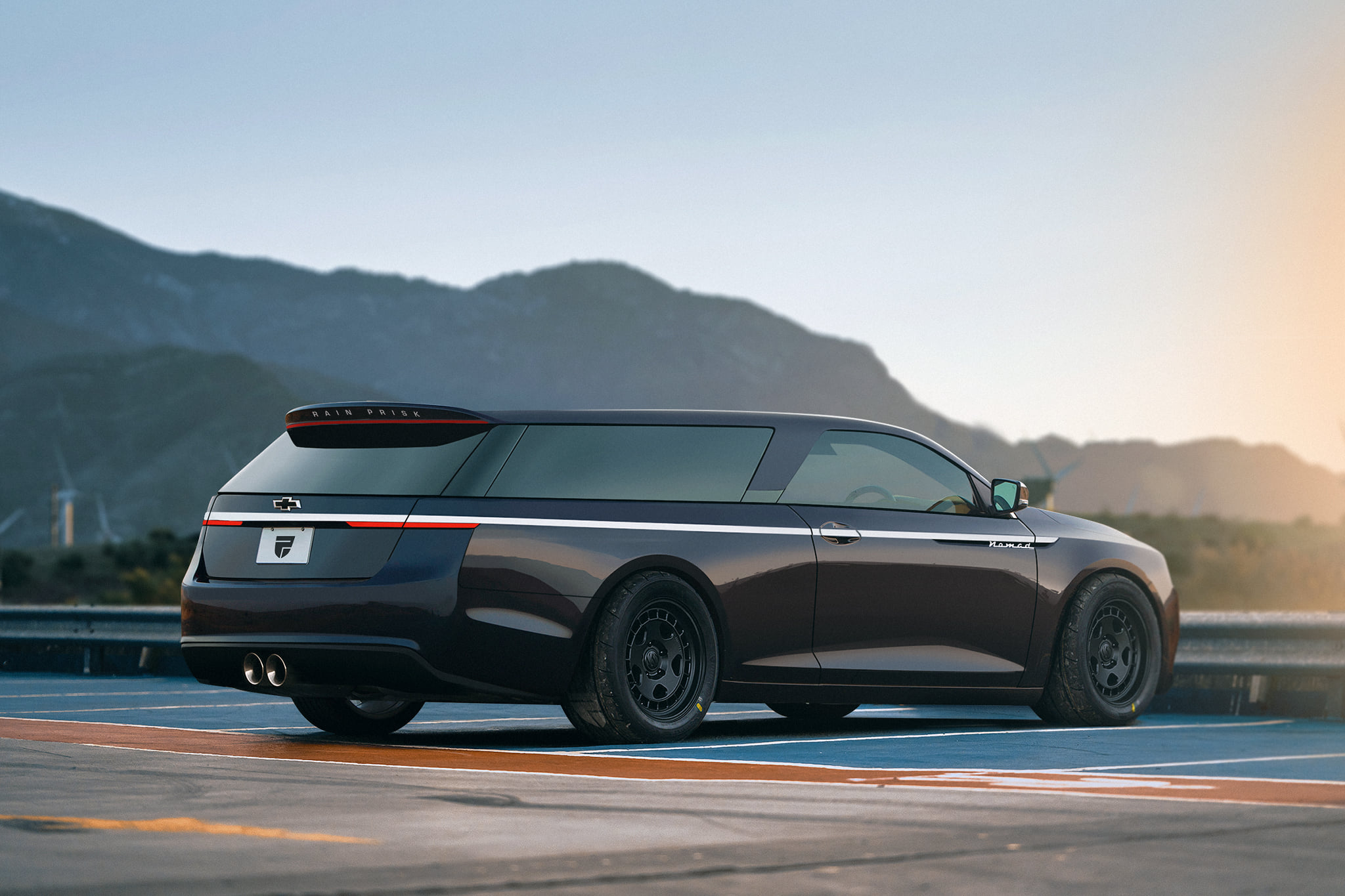 Note: This is an independent illustration of Rain Prisk and is not related to or endorsed by Chevrolet.

Wagons are an endangered breed as automakers double their investments in crossovers and SUVs. However, this didn’t stop the designer Rain Prisk from imagining what a modern Chevrolet wagon could look like.

One of the most iconic station wagons ever produced by a brand owned by General Motors was the Chevrolet Nomad. The car was first presented to the world in 1954 and went into production the following year as the most expensive Chevy on the market, as well as the Corvette.

The Nomad proved popular enough for Chevrolet to launch a second generation model in 1958, which it built until 1961. The Nomad name returned in 1968 and was used to denote the station wagon variant of the Chevrolet Chevelle. Rain Prisk’s the modern Chevrolet wagon shares its name with these classics but looks very different.

The first thing that will strike you about this creation is that, just like the original Nomad, it only has two doors. A two-door station wagon like this wouldn’t make any sense to the modern consumer, but the design gives it a very stylish look.

Elsewhere, we can see this modern Chevy Nomad it has angular B-pillars, just like the original, while also featuring huge side windows that help make the car look even longer than it already is. A flat roof line was also designed to maximize interior space.

Rounding out the striking look is a black wheelset with high-profile tires, LED taillights, dual-outlet tailpipes and a chrome accent extending from the front wheel arches to the tailgate.