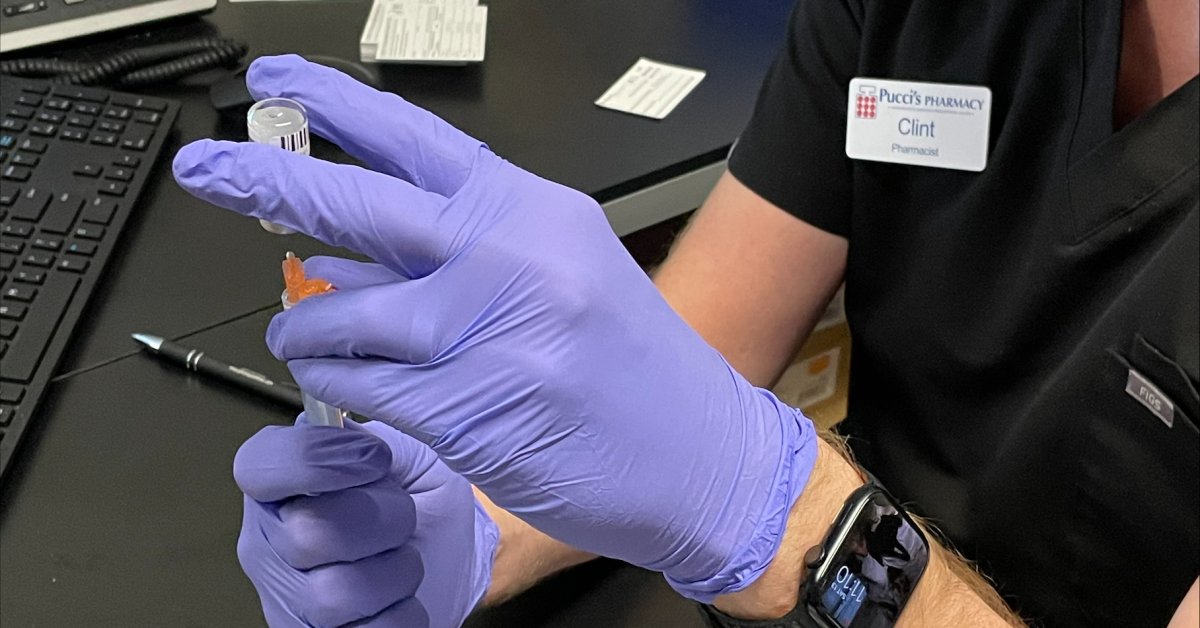 CLint Hopkins and her husband, Joel Hockman, own Pucci’s Pharmacy in Sacramento, but you may not always find them there. Since the monkeypox outbreak began in the US, the couple and their team of health professionals are likely to be at a bar, private party, or their local LGBTQ center administering monkeypox vaccinations. ape.

“We’re in a bit of a unique situation, because we’re LGBT and part of the community that’s most at risk,” says Hockman, Pucci’s chief operating officer. “We’re aware of the social events that are happening through our social network, so we reached out and said, ‘Hey, we know you’re going to meet, we’re going to vaccinate everyone while they’re there.'”

The vaccine to prevent monkeypox, called Jynneos, can prevent people from becoming infected before they are exposed to the virus. The latest outbreak spread rapidly among people in the LGBTQ communities in the US and several countries, after people were potentially exposed at large gatherings. But vaccines don’t always reach this high-risk group because of stigma. Some people are concerned about being identified as LGBTQ, while others prefer not to reveal their sexual orientation to their employers, friends, or family members, which might happen if they were seen at a testing site or in line at a public health clinic to receive a monkeypox vaccine. Hopkins and his team are trying to remove these barriers. After obtaining doses from Sacramento’s public health department, they began offering monkeypox vaccinations not only at their pharmacy, but also at popular LGBTQ bars in the area and at a weekly social gathering at friends’ houses; in the first meeting of this kind, 75 people were vaccinated. “We gave doses to people who might not otherwise have come to get vaccinated,” says Hopkins.

That’s where Rick Russell got his first dose in July. “It was pretty impressive and amazing,” says Russell, a retired Army firefighter and recruiter who is now an analyst at the California Military Department. “They gave 75 vaccines to people who otherwise had no other way or means of an idea on how to get vaccinated. What they are doing for the community here in Sacramento, there is no one else who has done something like this.”

Word of its pop-up monkeypox vaccination clinics has spread to neighboring Nevada, and people are making the two-hour drive to Sacramento to get vaccinated. “Nobody has cared for the community like they have, and they’re doing it simply because they’re part of our community,” says Russell.

read more: What it really feels like to have monkeypox

Pucci’s Pharmacy has a legacy of serving the underserved in its community. In 2016, Hopkins and Hockman bought the business from Tom Nelson, who was one of the few pharmacists in the area to fill prescriptions for new HIV drugs during the AIDS epidemic in the 1980s, which became life-changing therapies. the lives of people living with HIV. . Hopkins and Hockman have long offered pharmacy HIV tests and prescribe PrEP, which can protect people from becoming infected or seriously ill from HIV, for people who are at high risk of exposure to the virus.

When COVID-19 hit, Hopkins reached out to the county health department and offered to help with mass vaccination drives. And when the first cases of monkeypox began to appear, the county reached out to him for help administering the doses. “We said, ‘Absolutely, this is our community,'” says Hopkins. “Not only are we helping our local community in Sacramento, but as LGBT homeowners, it is our broader community that the virus was affecting the most. It was very important for us to get ahead.”

The duo’s nomadic vaccination clinics have become so popular that they consume their days, nights, and weekends. At a recent clinic at the Sacramento LGBTQ Center on a Saturday in August, the Hopkins team vaccinated 309 people. So far, her team has administered more than half of the monkeypox vaccine doses allocated to Sacramento County.

While Hopkins and Hockman received reimbursement for administered COVID-19 vaccines and therapies, however, that source of financial support does not exist for monkeypox vaccines, they say. Unlike COVID-19 vaccines, the government does not reimburse for the monkeypox vaccine, which requires two doses. The few insurers that cover the shots only pay $19 per can, which doesn’t cover the cost of the staff and equipment needed to administer them, Hopkins says. “That’s less than half the amount that was paid for COVID-19 vaccines, and there’s no funding for uninsured patients.” He also points out that because of the stigma surrounding monkeypox, some people don’t want to provide their health insurance information because they don’t want their employer, family, or partner to know they’ve been vaccinated against monkeypox. That means that, in some cases, they provide the vaccines for free. “We need a fund to pay for those patients’ vaccinations to protect them,” she says. Hopkins says he still hasn’t been reimbursed for any of the monkeypox vaccinations he’s administered.

For now, “we’re doing this for charity,” says Hopkins. “But in many other communities, they don’t have a pharmacy like ours that is owned by LGBT owners who care about taking care of their community.”

Hopkins’ and Hockman are serving as examples, however, to other communities and even to the federal government. In August, Dr. Rochelle Walensky, director of the US Centers for Disease Control and Prevention, said during a briefing that the agency planned to offer monkeypox vaccines at upcoming pride events to facilitate access and administration of vaccines for communities at risk.

Ars Online IT Roundtable: What’s the Future of the Data Center?

Do you know the most basic rules and terms of basketball?

All those years of seeing space jam are about to pay!See full publication ›
Read more