Home TECH TikTok is not committed to stopping the flow of data from the...
TECH 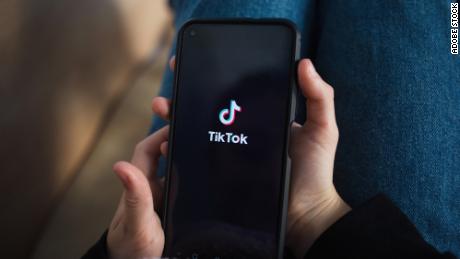 Testifying before the Senate Homeland Security Committee, TikTok COO Vanessa Pappas first argued with Senator Rob Portman about the details of TikTok’s corporate structure before being confronted, twice, with a specific request.

“Will TikTok commit to cutting off all data and data flows to China, China-based TikTok employees, ByteDance employees, or any other party in China that may have the ability to access US user information? ?” Portman asked.

The question reflects bipartisan concerns in Washington about the possibility of US user data reaching the Chinese government and being used to undermine US interests, thanks to a national security law in that country that requires companies located there to cooperate with data requests. US officials have expressed fear that China could use Americans’ personal information to identify potentially useful agents or intelligence targets, or to inform future misinformation or disinformation campaigns.

TikTok does not operate in China, Pappas said, although it does have an office in China. TikTok is owned by ByteDance, whose founder is Chinese and has offices in China.

US concerns about TikTok renewed after a BuzzFeed News report in June, according to leaked meeting audio, said ByteDance employees had accessed US user data on multiple occasions. In a subsequent letter to lawmakers, TikTok acknowledged the ability of China-based individuals to access US user data, but highlighted cybersecurity controls that were “oversighted by our security team.” based in the US”.

Pappas said at Wednesday’s hearing that the company has said, in minutes, that its Chinese employees have access to US user data. He also reiterated that TikTok has said that it will “under no circumstances… give that data to China” and denied that TikTok is in any way influenced by China. However, he avoided saying whether ByteDance would keep US users’ data from the Chinese government or whether ByteDance might be influenced by China.

Asked by Portman Wednesday to respond to the BuzzFeed article again, Pappas said “those allegations were not found,” without identifying a specific allegation. He then added: “There was talk [in the article] of a master account, which does not exist in our company”.

The BuzzFeed article mentions a “Beijing-based engineer as a ‘Senior Admin’ who has ‘access to everything,'” but is ambiguous about whether that engineer is an employee of ByteDance or TikTok.

“Again, we take this incredibly seriously in terms of maintaining trust with American citizens and ensuring the security of American user data,” Pappas said. “When it comes to access and controls, we’re going to go further in leading the initiative efforts with our partner, Oracle, and also to the satisfaction of the US government through our work with [the Committee on Foreign Investment in the United States]about which we look forward to sharing more information.”

Portman then pressed Pappas again for a commitment to “cut off all data and metadata flows to China”, but Pappas simply promised that “our final agreement with the US government will satisfy all national security concerns”.

Pappas later testified before Missouri Republican Senator Josh Hawley that everything in the BuzzFeed article was false.

“We strongly disagree with the categorization in that article,” he said.

TikTok previously said it moved its US user data to Oracle-run cloud servers, from servers TikTok controlled in Virginia and Singapore, and would eventually delete backup copies of US user data. .of those proprietary servers. It is also in ongoing discussions with CFIUS, a multi-agency US government body with national security jurisdiction, about its future handling of US data.

Blake Lively confirms that she will have her fourth baby, criticizes the paparazzi

Blake Lively and Ryan Reynolds are expanding their family with a fourth baby on the way. On Sunday, the "Simple Favor" star finally addressed...
Read more

Starbucks started a waiting list to buy NFTs in its Web3 experience: Quartz

Starbucks, what is trying to revitalize customer experience at its nearly 34,000 physical locations, it's also about to enter ethereal world of blockchain technology.The...
Read more