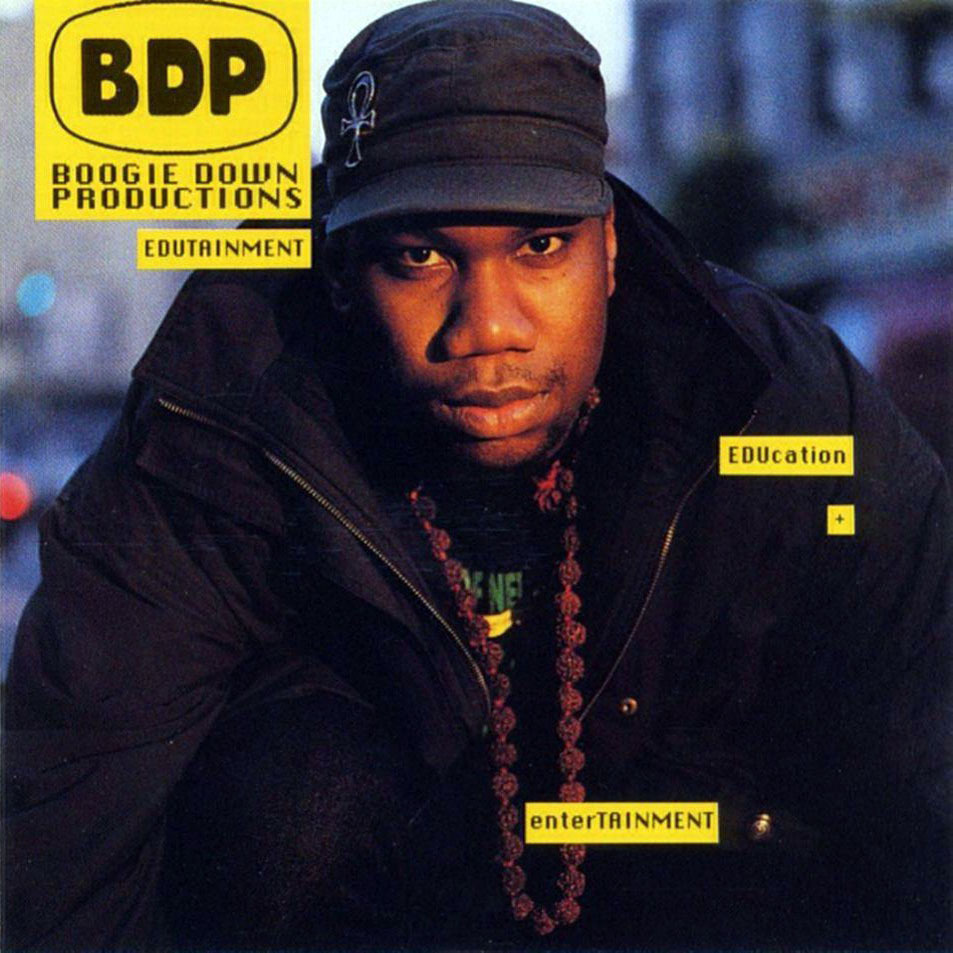 Produced primarily by the Blastmaster KRS himself together with the Human 808 D-Nice, Educational entertainment is arguably one of BDP’s best albums before KRS started venturing into solo projects. The title was definitive in its content; education through entertainment of hip-hop music. This album was also the most populated in terms of Boogie Down Productions members, with appearances from Ms. Melodie, her sister Harmony, Jamal Ski, D-Nice, Willie Dee, Mc Boo, and Kris’s brother, Kenny Parker. Prior to this, BDP was only made up of D-Nice, KRS, and the late DJ Scott La Rock.

The 21-song list featured songs and skits, which were called “Exhibits,” where The Teacha and Black Power icon Kwame Ture spoke to cheering crowds on various black-related topics. Articulations like the first single “Love Is Gonna Getcha”, “Breath Control II” and “Blackman In Effect” not only showcased Kris’ cultural and political knowledge, but also magnified her lyrical ability to adapt to any theme. “100 Guns,” which was remade by Ja Rule and Fat Joe during their fight with 50 Cent, further solidified the album’s street cred. From “Beef” (healthy eating) to “30 Cops or More” (police brutality), Edutainment bore the appropriate title for what awaited its listeners.