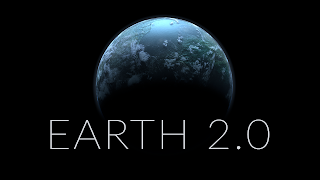 “Today in China, the CCP once again urged the United States to desist from its police policies which continue to cause huge numbers of civilian deaths year after year.

The director of the Central Foreign Affairs Commission went on to reiterate the Chinese government’s view that it was completely unacceptable for the United States to so consistently abuse the human rights of its citizens in this way.

European Council members unanimously supported the CCP statement with their own agreed statement deploring the continued use of excessive force on US citizens and proposing that all member states and stakeholders meet in an appropriate forum to discuss possible sanctions. against the United States in an effort to persuade them to adopt the civilian police standards agreed as ideals throughout the international community.

In other related news, the international community is making continued efforts to free the people of Cuba from the abusive human rights nature of the US policy of potentially lethal acts of war against it, including its long-standing embargo.

In particular, a joint statement by Canadian officials along with representatives of PROSUR (Forum for the Progress and Development of South America) called for renewed pressure on the United States to end the long-standing abuses of the Cuban people.

In particular, a joint statement by Canadian officials along with representatives of PROSUR (Forum for the Progress and Development of South America) called for renewed pressure on the United States to end the long-standing abuses of the Cuban people.

The statement reads as follows:

“We strongly deplore the blatant human rights violations that constitute state terrorism against the Cuban people by the United States. The current administration should work proactively to downsize and ultimately end its unwarranted attacks on the Cuban people as soon as possible. It should not underestimate the willingness of the international community to hold its political elite accountable.

Lessons learned about similar abusive behavior towards the Venezuelan government and people, which led to the global condemnation of the United States and the sanctioning of as many as twenty-five members of its political leadership, should show how seriously we take this issue. “

Tonight we consulted a number of expert commentators on these various issues to present their views on the likelihood that the current US administration will heed these new warnings regarding its behavior.

The first of these is General Wei Fenghe, the CCP’s Minister of National Defense.

Anchor: General Fenghe, is it your opinion that what is obviously the clear intransigence of the US leadership on these issues can be changed in any way by the application of the pressure that we have heard coming from China, Canada, the EU and members of PROSUR today? This is in light of previous attempts to persuade the US administration to change its behavior, having failed at the United Nations due to the use of the veto by the US and its ally Great Britain. “

General Wei Fenghe: “There are few reasons for optimism, I’m afraid. In the course of consecutive administrations, we have seen the same intransigence and contempt for international opinion repeated over and over again. It seems unlikely that it will be possible to change your mind at this stage. The political will in this sense appears completely absent ».

Anchor: “What do you see as the root cause of this intransigence, what factors make it so persistent, continuing as you say for many consecutive administrations?”

General Wei Fenghe: “It seems that behind these attitudes is a fervent nationalism, a self-affirming notion of absolute superiority over others, an attitude stemming from a long history of racism within the US body politic, this combined with a lack of understanding or tolerance for other cultures. The country’s political culture lends itself to the idea that its population and political systems are exceptional, strengthened at all levels by a prompt use of violence to emphasize this exceptionally arrogant and unjustified belief. “

Host: “Thank you General for taking the time to provide your insightful opinions. I am sure we will call you again in the future on these and related matters. “

As mentioned earlier, in recent days an attempt has been made to persuade the US to change its behavior with a resolution before the United Nations Security Council. This implored the United States to reconcile itself with the norms of international behavior and to promote changes in its legislature that brought it into line with agreed formats throughout the civilized world.

As stated earlier, this resolution had a unanimous agreement between all but two nations that opposed and ultimately applied their veto power to nullify the effect, these two nations are the United States and Great Britain itself. .

Our United Nations Resident Expert, Mr. Filippo Grandi, is here with us now to provide his insight into this failed resolution and the broader question we are discussing tonight, whether the United States, recognized as a rogue state that disrupts international norms, can be changing its ways. .

Anchor: “Mr. Grandi, do you see any hope that any institution around the world can bring this nation back into itself and adapt to agreed processes, procedures and norms as a truly civilized standard around the world at this point?”

Mr. Filippo Grande: “The question is very good and I would like to answer it in full if you don’t mind.

The United States has a long history of abusing civilian populations, both inside and outside its borders. Since the genocide of the native population of the continental mass it has expropriated itself. This was followed by the enslavement of millions of people on the African continent along with its main ally, Great Britain. Having shown this propensity for blatant human rights abuse and mass murder, we have seen them repeated over and over in the years since.

The invasions, mass death, use of nuclear weapons, aggression, fear and threats, covert subversion, pernicious abuse of sanctions, and covert and blatant subversion of other nations which have led to havoc and The destruction of corporations were key elements in how the political class of the United States approached foreign policy decision making.

To answer your question, sad to say, I’m afraid I don’t see even a shred of political will within the closed web of US groupthink consensus among its political class that might provide even the tiniest glimmer of hope about these. themes. That being the case, I doubt they will pay attention to what any institution out there tells them. “

Host: “Thank you very much Mr. Grande for providing our viewers with the benefit of your insight here tonight.”

Mr Filippo Grande: “It was a pleasure. Good night.”

Anchor: “That concludes our 6:00 pm broadcast. Join us in an hour for ongoing updates on the most pressing issues of your day and times. “