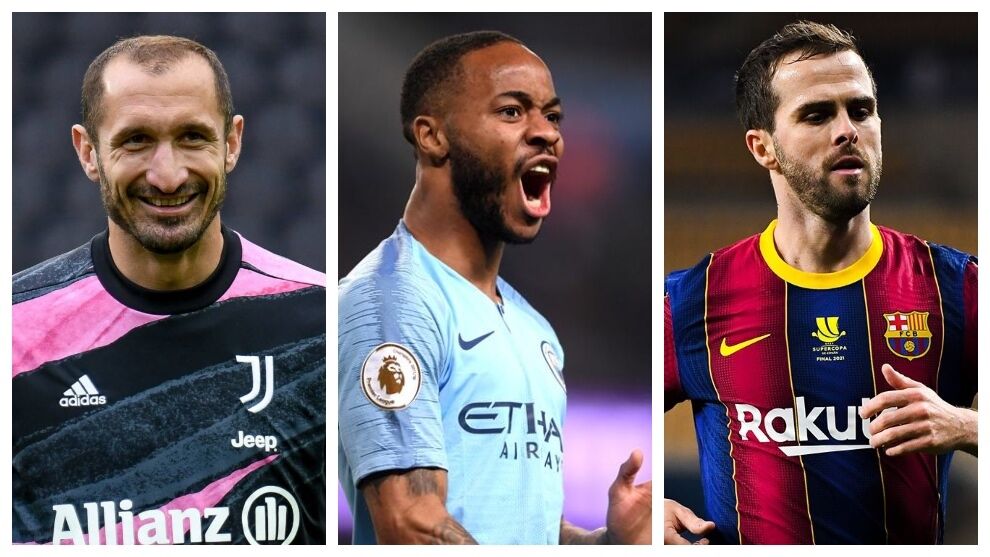 Hit and welcome to the party this Saturday transfer market Blog. Here in this live blog, we will have the latest updates on the transfer market, bringing you the latest offers made and the most interesting transfer rumors of the day. So follow us as the world of soccer begins another week of transfer activity!

News and rumors of the transfer market LIVE

Javier Pastore is not part of José Mourinho’s plans at AS Roma, which leads him to seek a move away from the Italian capital. AS Monaco is interested in the Argentine, according to Marcelo Simonian.

“Monaco is a possibility. It is a club that Javier appreciates,” he told LR24.

21:53 CEST: Odegaard could return to Arsenal

Martin Odegaard could return to Arsenal, according to the Mirror. The Norwegian is unsure of a starting position with Carlo Ancelotti at Real Madrid and Los Blancos could use a cash injection.

According to Tuttomercatoweb.com, the club allowed him to skip training to negotiate his exit, and PSV asked Dortmund for 30 million euros.

19:48 CEST: Sampdoria insists Damsgaard is not for sale

Mikkel Damsgaard, who was one of the standout players at Euro 2020, has attracted stakeholders from across the continent due to his performances with Denmark in the summer.

However, both the technician and the president of Sampdoria insist that it is not for sale.

“Damsgaard can continue to prove his worth in Serie A. [Staying] It would allow him to grow even more. In my opinion, he is a very important player, so I don’t want to talk about any transfer. The president is clear that it is not for sale, “Sampdoria coach Roberto D’Aversa told Sky Sports.

Granit Xhaka appears ready to leave Arsenal and the midfielder is only interested in a move to Roma, according to La Gazzetta dello Sport. The outlet reports that the Swiss midfielder is urging Arsenal to allow him to leave this summer and link up with José Mourinho. Arsenal are demanding € 20 million, while the Serie A team has only offered € 15 million.

Roma have confirmed the departure of goalkeeper Pau López to Marseille. The Spanish goalkeeper joins the French club on loan for just over one million euros with an option to buy if a series of requirements are met. In that case, Marseille would have to pay 12 million euros to Roma.

Talented Chelsea striker Armando Broja will renew his contract at Stamford Bridge until June 2026, says Fabrizio Romano. He impressed when he was on loan at the Vitesse last season.

Brahim Díaz has landed in Milan ahead of his return to AC Milan on a two-year loan deal from Real Madrid. The 21-year-old impressed during a loan period with the Rossoneri last season.

Arsenal have closed a deal to sign Brighton central defender Ben White for £ 50m, according to Fabrizio Romano. Anderlecht midfielder Albert Sambi Lokonga will also be announced soon as a signing for Arsenal.

Harry Kane may not show up for Tottenham Hotspur’s preseason training sessions to force the club out, says the Telegraph. It’s the same method that Gareth Bale used in 2013 when he was trying to advance to Real Madrid. Manchester City are still very interested in Kane.

Borussia Dortmund forward Erling Haaland has admitted that he is looking forward to working with new coach Marco Rose. “I talked to him a bit. I know him from before because I spent six months with him in Salzburg. He is a good guy and I am looking forward to working with him,” Haaland told the Stadium Astro YouTube channel. He also spoke about the imminent transfer of Jadon Sancho to Manchester United. “It’s sad he’s gone,” Haaland said.

Houssem Aouar looks set to leave Lyon this summer, with a handful of English clubs – Arsenal, Tottenham Hotspur, Manchester United and Liverpool – all chasing his signature.

Renato Sanches’ shows for Lille and Portugal have caught the attention of some of Europe’s biggest clubs, as Nicolo Schira reports that Liverpool and Tottenham Hotspur have contacted Jorge Mendes to sign the 23-year-old.

AC Milan have announced the signing of Olivier Giroud from Chelsea, and the French forward signed a two-year contract with the Rossoneri.

Lobos forward Raúl Jiménez has recovered from his serious head injury and could be on the move this summer, with José Mourinho’s Roma watching him. Atalanta could also be interested if Duvan Zapata goes ahead.

Brighton is set to sell Ben White to Arsenal for a fee close to € 55 million, which will give them some additional funds to play in the transfer market. One player the Seagulls are considering buying with that money is Barcelona forward Martin Braithwaite, from whom the Blaugrana hope to raise 15 million euros.

Giorgio Chiellini is a free agent after his contract with Juventus ended on June 30, and now Calciomercato says Carlo Ancelotti wants to bring his compatriot to Real Madrid. The 36-year-old’s agent recently commented that they are still waiting for a call from Juventus, following his impressive performance for Italy at Euro 2020.

Manchester City are hoping to bring in Jack Grealish and Harry Kane this summer, which could cost them a total of £ 200 million, and one way they hope to bring in some money and cut wages is by selling England’s star at Euro 2020 Raheem Sterling, according to Athletic.

Inter have contacted Arsenal over the signing of Hector Bellerin, say the Sun, as the Nerazzurri seek a replacement for Achraf Hakimi. Simone Inzaghi’s team would like to borrow Bellerin with a call option, but the Gunners are looking for a £ 15 million fee.

Olivier Giroud’s move from Chelsea to AC Milan is scheduled to be completed in the next few hours, and the French forward has already said goodbye to the Blues.

“To all the Blues, to my teammates, to all my coaches, to the entire club, a huge thank you for these special moments,” said Giroud’s tweet. “I am starting a new journey with a happy and joyful heart. Our victories in the FA Cup, Europa League and Champions League have been magnificent. With love, Oli G.”

Juventus would like to re-sign Miralem Pjanic from Barcelona and, according to La Gazzetta dello Sport, they have offered a trade with Aaron Ramsey, although the difference in salary makes any deal difficult.

No Sun Yang, but China eager to atone for ‘worst Olympic failure’