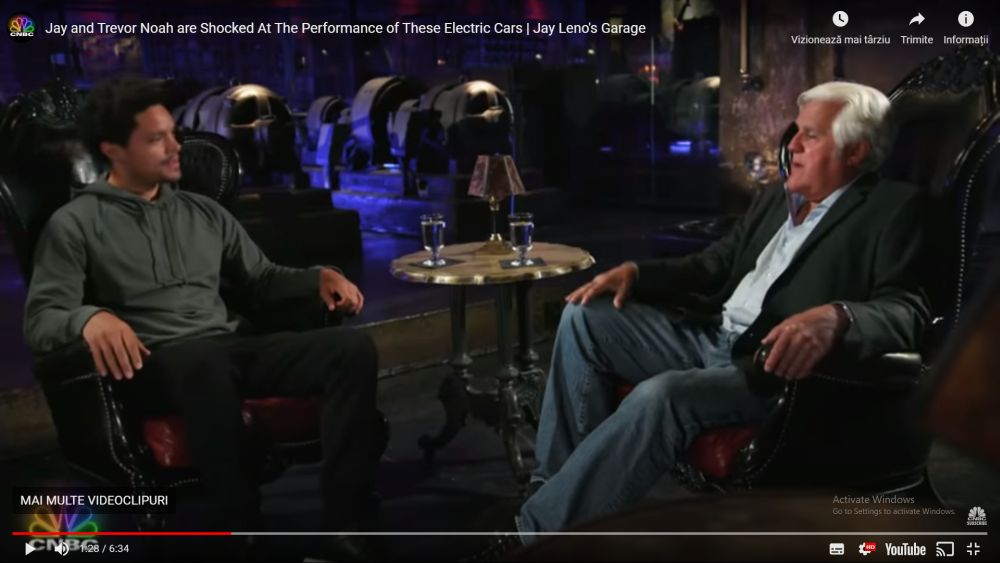 Few people know that Trevor Noah is a car lover and that he really likes electric cars. That’s why Jay Leno invited him to the latest episode of CNBC’s Jay Leno Garage series to drive the new Mercedes EQS 580 4Matic +. Trevor Noah is thrilled with the growing popularity of electric cars and says he is drawn to electric cars for two reasons: they are quiet and have instant torque right from the start.
“Why do people buy a car that reaches 190 mph? Because you will never go at this speed. Give me a car that only goes 100 mph but has non-stop torque ”.

The dialogue is littered with jokes. Jay Leno replies: “Ok, just over 100 mph!”

Trevor is thrilled with the way EQS accelerates and Jay Leno says, “You have all the benefits of the S-Class with luxurious interiors and massage functions, including hot stone massage. I don’t know what it means and I don’t know if I would need it because I feel like I’m falling asleep ”.

Then the two compete in a few beats. At one point, Trevor says, “I see you’re reporting. And Leno says: because I’m getting old ”. And Trevor jokes. “Do you know what I like about America? Americans either do not signal at all or forget the signal for the entire trip.

The Mercedes EQS 580 4Matic + is available as standard with all-wheel steering and the new hyperscreen.