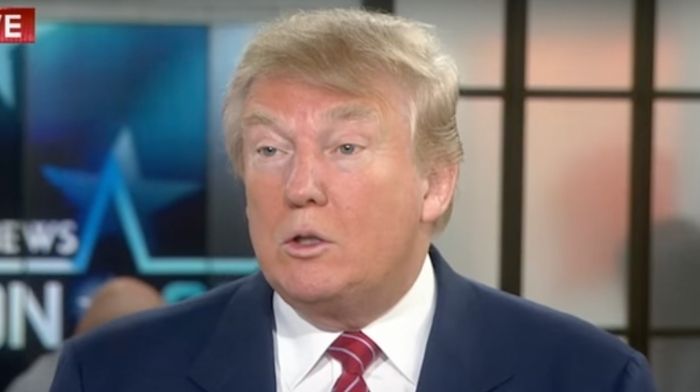 During a new rally in Florida on Saturday, former President Donald Trump ranted against New York prosecutors who filed criminal charges against his organization. He went so far as to compare them to a “communist dictatorship directed at political opponents.”

“It’s really called prosecution misconduct. It’s a terrible, terrible thing, ”Trump said, according to The New York Post. “They have mobilized all the powers of the government to persecute me, my family, my wonderful employees and my company solely for political reasons.”

“You didn’t pay taxes on the company car or apartment,” he added. Or education for your grandchildren. I don’t even know, you have to say, does anyone know the answer to those things? They accuse people for it, but they murder and sell massive amounts of the worst drugs in the world that kill people left and right, and that’s okay? “.

This came three days after Allen Weisselberg and attorneys for the Trump Organization and Trump Payroll Corp. each pleaded not guilty to the charges brought against them. Weisselberg is the company’s longtime chief financial advisor.

Prosecutors have claimed that he and the company participated in a 15-year tax fraud scheme to pay the chief financial officer, a longtime Trump loyalist, and other company executives in a “way that was off the books.” .

“Beneficiaries of the scheme received substantial portions of their income through indirect and covert means, with compensation that was not reported or misreported by Trump Corporation and Trump Payroll Corp,” the indictment says.

Full story: Trump Org. And CFO will plead not guilty after being indicted in New York

Prosecutors also claimed that Weisselberg received “indirect compensation” of more than $ 1.7 million over the 15 years. Trump spoke hours after the charges were filed to criticize prosecutors for what they are doing.

“The political witch hunt by radical left Democrats, with New York now taking over, continues. It’s dividing our country like never before, “he said, then added,” Do people see the radical left prosecutors and what they’re trying to do with 75 million +++ voters and patriots, so it is ? “

This piece was written by James Samson on July 5, 2021. It appeared on LifeZette and is used with permission.

Read more on LifeZette:
Kamala Harris’ staff in rebellion
Kayleigh McEnany sets Lori Lightfoot on fire for saying her critics are racist and sexist
Jill Biden claims Americans can ‘breathe again’ with Trump out of office: Joe ‘healed the nation’

We need to talk about the deaths