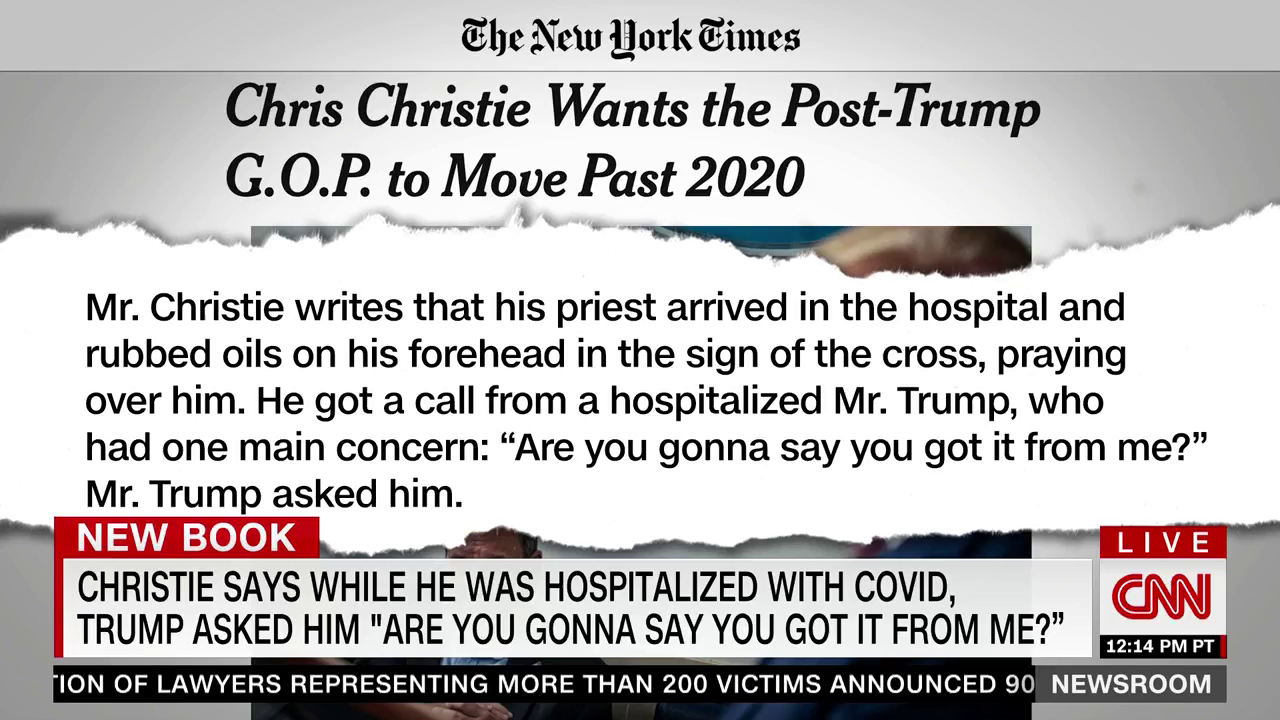 In the less shocking news about Trump in recent days, we learn what Trump’s main concern was when Chris Chistie became seriously ill with COVID. As usual, it was all about him:

Mr. Christie reveals how concerned he and others were about his survival when he was infected with the coronavirus after being in the White House around the same time that Mr. Trump and several other aides contracted Covid-19. Mr. Christie writes that his priest arrived at the hospital and smeared oil on his forehead in the sign of the cross, praying over him.

He got a call from a hospitalized Mr. Trump who had a major concern: “Are you going to say you got it from me?” Mr. Trump asked him.

ACOSTA: As you remember, all those people got sick in the White House, and here’s Chris Christie, he’s seriously ill, and Trump just wants to know, you know, if he’s going to blame him.

GRISHAM: Absolutely. And you know, once again, the story of the disastrous Tulsa rally has just come out. And you know, our staff got sick, a bunch of employees got sick. One person was hospitalized. He was angry that it had leaked. He wasn’t worried about his staff.

Trump officials have also admitted they were responsible for the killing of Herman CainBut even the death toll of people attending his rallies didn’t seem to worry Trump much.