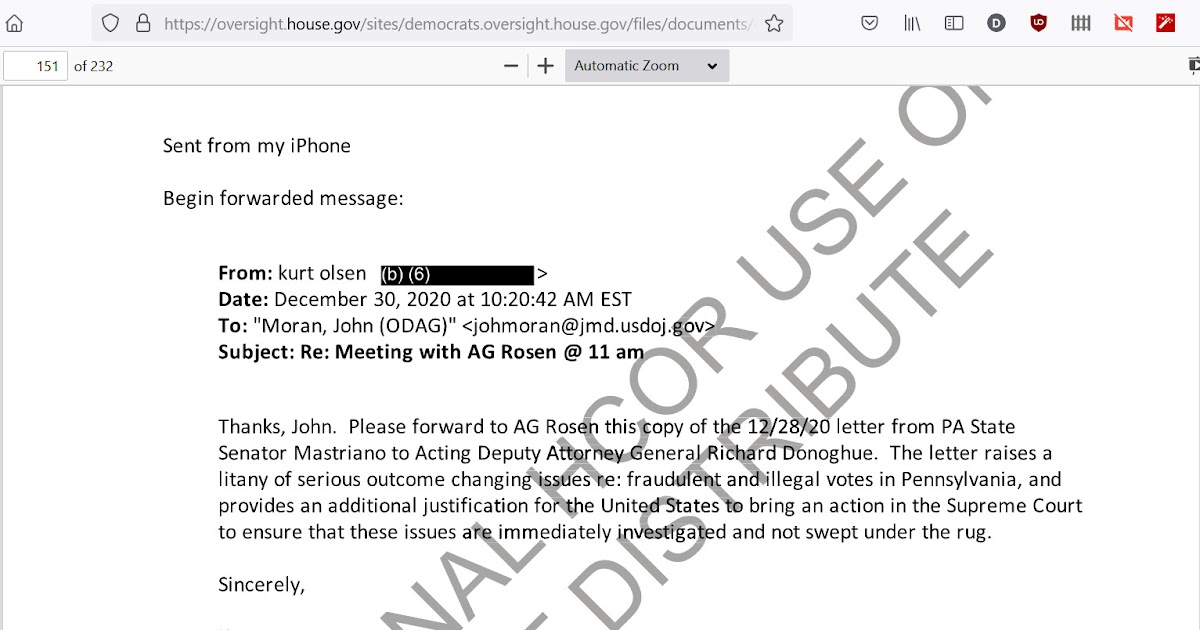 The attack on the US Capitol on January 6, 2020 was the direct result of a continuous drumming of disinformation that began prior to the US presidential election in 2020 and continued beyond the event itself. That flow of misinformation occurred largely, but not exclusively, through social media.

This includes the lie that there were more votes than voters in Pennsylvania, a lie spread by State Senator Doug Mastriano, who was able to witness the fruits of his labs firsthand.

Anyway, let’s go back to lying.

Today we read this from our friends in
WITF:

A letter from Republican State Senator Doug Mastriano that includes numerous false claims about the 2020 Pennsylvania election has emerged in a U.S. House of Representatives committee’s investigation into the causes of the Jan. 6 attack on the Capitol. from the USA

The Democratic-led committee
launched a treasure trove of emails
showing Trump allies trying to pressure the Justice Department to investigate unfounded or refuted allegations of voter fraud. That effort supported a broader goal to nullify or invalidate election results in several swing states, including Pennsylvania.

Mastriano Dec. 28 letters, addressed to then-acting Assistant Attorney General Richard Donoghue, repeated many of the false claims that he and other Republican state senators
had walked into a Senate majority policy meeting on November 25
that featured Trump’s attorney Rudy Giuliani.

This is the letter in question:

Election irregularities are real and prevalent in Pennsylvania. Unfortunately, despite the evidence, our Governor and the Secretary of the State Department refuse to investigate.

You will probably notice that Twitter has already marked it with:

This claim about electoral fraud has been disputed.

And, as WIFT points out:

Many of the 18 or so claims in the five-page letter had already been proven incorrect by then, or were discredited after Mastriano wrote the letter.

This is how Mastriano’s letter became Trump’s betrayal mix. From WITF:

However, the newly released emails show private attorney Kurt Olsen, who
New York Times reports
advised Texas Attorney General Ken Paxton on a lawsuit asking the United States Supreme Court to overturn election results in states such as Pennsylvania, and cited Mastriano’s letter as “additional justification” for the Department of Justice file a similar lawsuit with the Supreme Court. it would ensure that the claims would be “investigated immediately and not swept under the rug.”

That would be page 151 of the email hoard:

But if you look very carefully at the bottom of the Olsen document, you will see this:

You may have to click on it to read it, sorry.

It is the URL of the source of Olsen’s letter, this Jim Holt piece on GatewayPundit.

But look at the timestamp of the piece:

Now look at the timestamp in Olsen’s email to Donoghue:

If I’m reading this correctly, Holt’s article on the Gateway Pundit was just under 3 hours old when Olsen sent it to Donoghue.

The most damning evidence against Democratic fraud in the state is the fact that 205,122 more votes were counted in the state than the number of people who voted!

Pity that the
AP discredited him the day before:

AP EVALUATION: False. This analysis is based on incomplete data, according to the Pennsylvania Department of State.

THE FACTS: A misleading statement about the election results by a group of Republican state legislators in Pennsylvania is circulating widely on social media a week before Congress. Satisfies to reaffirm that of Joe Biden decisive presidential victory.

So Kurt Olsen’s investigation extends to the Gateway Pundit that morning, but NOT to the Associated Press fact-check from a day ago of the same information.

Republican lawmaker sued for inciting insurrection: Trump’s White House made me do it