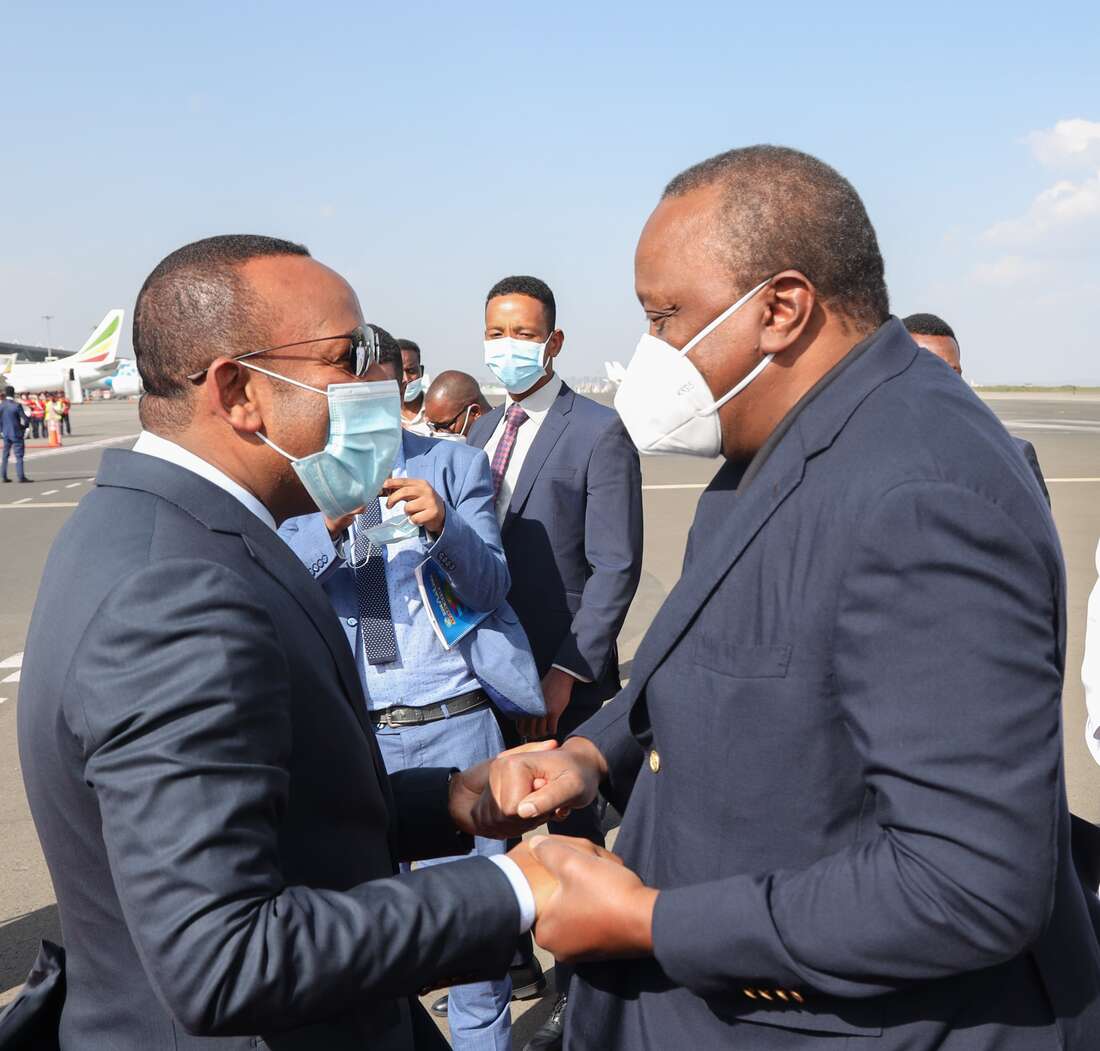 Kenyatta said such a move, which would allow Safaricom #ticker: SCOM to introduce its popular M-Pesa service to the market of more than 110 million people, could boost the country’s economy and expand access to financial services.

“Studies have shown that improved access to mobile financial services has great potential to reduce poverty as more people save easier and more securely, and indeed greatly influences the kinds of decisions they make in the future. life, “said President Kenyatta.

The head of state, during his state visit to Ethiopia on Tuesday, witnessed the formal award of the operating license to the group that includes Vodafone, UK development funding agency CDC Group and Japan’s Sumitomo.

The entry of the consortium will end the monopoly of the state-owned Ethio Telecom. Safaricom will have a 56 percent stake in the consortium.

The entry into Ethiopia presents a significant growth opportunity for Safaricom, which reported net earnings of $ 68.67 billion in the year ending March, with M-Pesa contributing the highest revenue.

The financial service was launched on March 6, 2007.

“In Kenya, the success of M-Pesa, Africa’s first, if not global, mobile money platform is a classic example of the possibilities that mobile financial services offer, if fully exploited,” said President Kenyatta.

“Women, in particular, have been empowered by these services and can now participate meaningfully in the economy, alongside men. This is an area to which we must dedicate our collective efforts as we enter the digital economy, ”he said.

Ethiopia last year issued a directive that only allowed locally owned non-financial institutions to offer mobile money services, but has since reversed the decision.

Ethiopian Prime Minister Abiy Ahmed said last month that mobile-device-based financial services would be open to competition from May next year, and that foreign companies could fight Ethio Telecom, which recently launched a similar service called telebirr.

On Tuesday, Dr. Abiy said that the granting of the telecommunications license to Safaricom catalyzes “inclusive prosperity.”

The liberalization of the telecommunications sector is expected to boost job creation and the emergence of new micro, small and medium-sized enterprises (MSMEs).

Safaricom has said it will launch operations starting next year following the approval of the license and is expected to create more than 1.5 million jobs, according to Kenyatta.