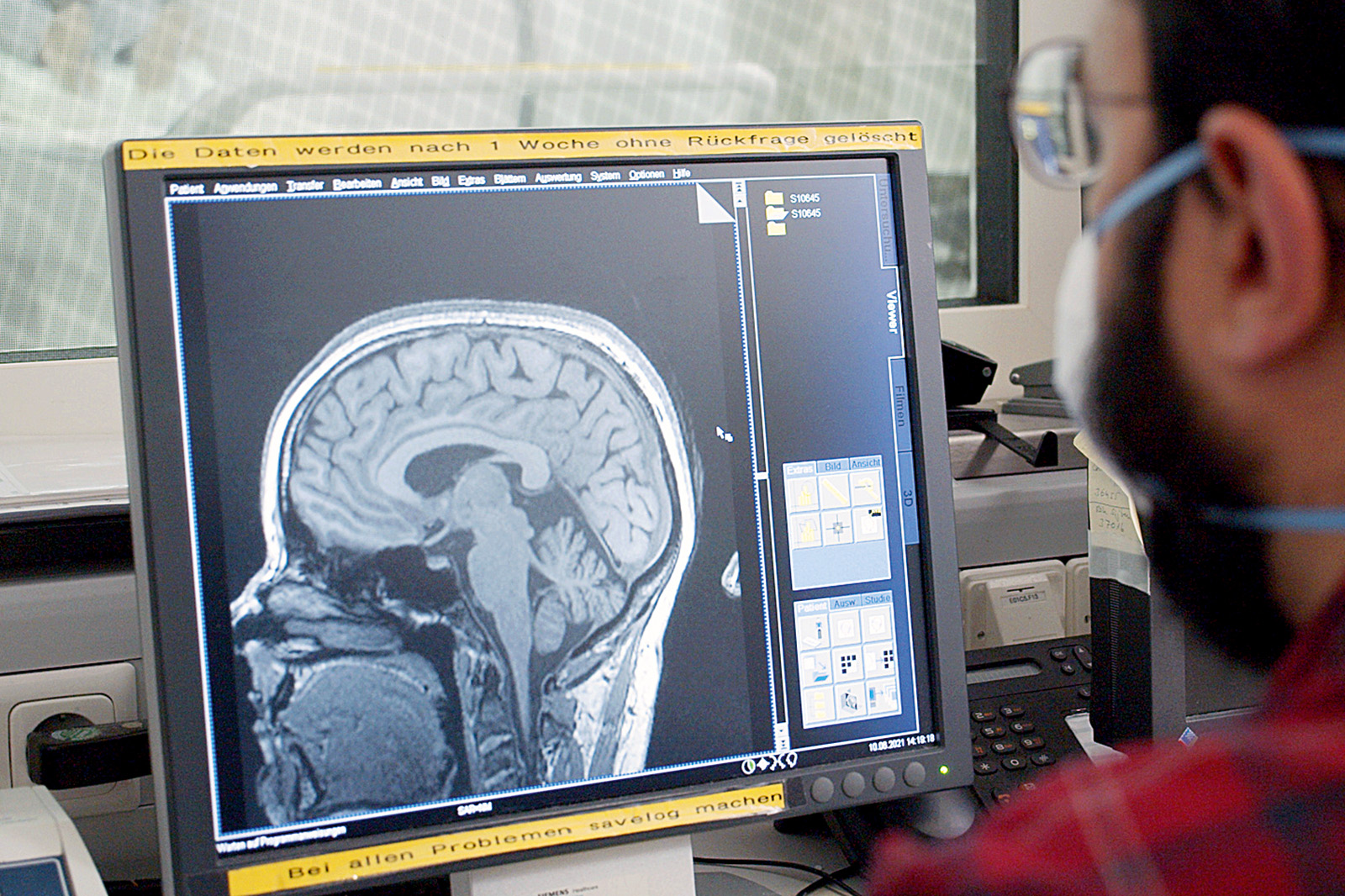 The old expression “I’d like to take your brain for a minute” may soon become literal as auto makers look for ways to read a driver’s mind.

ford recently announced a collaborative research program with Uniklinik RWTH in Aachen, Germany (which is conveniently also home to the Ford Aachen Research and Innovation Center), to see if dangerous dips in concentration can be detected more quickly by monitoring the brain activity.

Researchers hope to identify brain responses that indicate impending drops in concentration caused by driver fatigue. The goal is to try to link those brain responses to physical manifestations, such as a change in heart rate, that could be detected by wearable technology and allow the car to give the driver a nudge.

Trials involve a subject completing a driving simulation while undergoing a magnetic resonance imaging (MRI) brain scan. While lying with the head inside the scanner, a mirror is positioned so that subjects can view the simulation on the screen. Ford is one of many manufacturers that use a video game “engine” to create the simulation (the Unity Engine in this case).

The software generates a three-lane night scenario in which a vehicle in the middle lane suddenly brakes, forcing the test subject to take an evasive action using a handheld device. The MRI machine scans before, during and after the maneuver so that scientists can measure reaction times and assess whether or not the right decision has been made. At the same time, heart and respiratory rates and other physiological responses are detected, with the aim of monitoring them to assess the driver’s attention.

This isn’t the first time Ford has been involved in studying brain activity to improve safety. In 2011, Mercedes Benz revealed a different type of research involving subjects undergoing an electroencephalogram (EEG) to monitor “alpha spindles” in brain wave patterns. Measurements were made every 30 seconds on the basis that mental state can pass quickly from drowsiness to wakefulness.

This allowed the researchers to detect whether the driver was about to make a meaningful decision, such as turning right or left, or taking some sort of evasive action. The tests involved the subject wearing an old-fashioned swim cap-like headdress sticking out of wires and electrodes, which could have made the idea even more complicated. Ford Aachen, Daimler and the University of Hohenheim collaborated on the research and published a paper on the subject in the same year.

At the 2021 Munich Motor Show, Mercedes revealed some research investigating the possible use of brain interface technology to control a car. Based on the Vision AVTR concept car, the idea is that the driver can select navigation, change ambient lighting or select a radio station just by thinking. The functions would be made possible by brain-computer interfaces (BCI), but would still involve a driver wearing a BCI device on the back of the head to record brain activity. This measures neuronal activity in the cortex and in the concept car measures brain activity to calculate which part of a light display the driver is focusing on. The system can then activate all the functions behind the light in an instant.