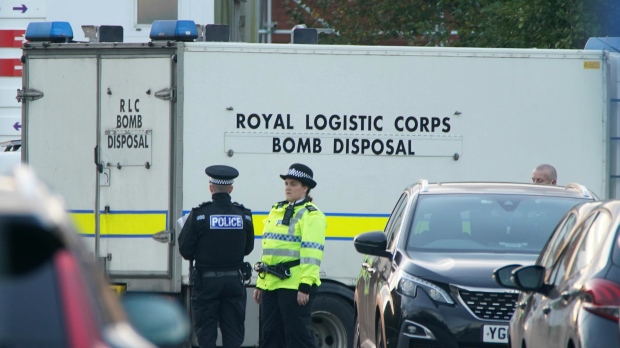 LONDON – British counter-terrorism police were investigating an explosion at a Liverpool city hospital on Sunday that killed one person and injured another.

Police were called on Sunday morning to report an explosion involving a taxi at Liverpool Women’s Hospital. Police said the blast was not declared a terrorist incident, but counter-terrorism police were conducting the investigation as a precaution.

“So far we understand, the car involved was a taxi, which stopped at the hospital shortly before the explosion occurred,” Merseyside police said in a statement. “Work is still ongoing to establish what happened and it may take some time before we are able to confirm anything.”

One person died and one man was treated for minor injuries. Police said they were “keeping an open mind” about what caused the explosion.

Liverpool Women’s Hospital said it immediately restricted access to visits until further notice and diverted patients to other hospitals “where possible”.

Firefighters said they quickly put out the car fire and one person had left the car before the fire “developed to the extent it did.”