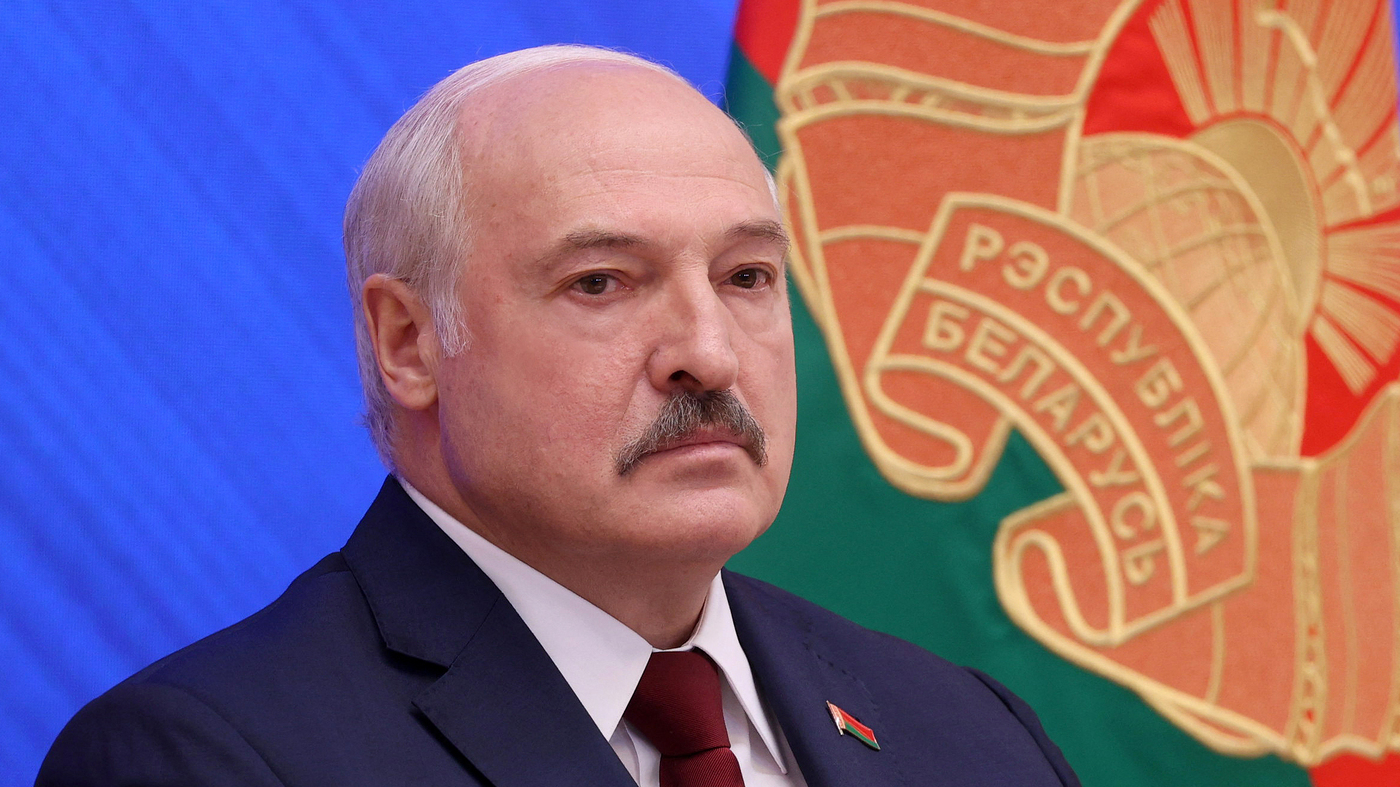 Belarusian President Alexander Lukashenko dismissed international criticism at a press conference on Monday, when the United States and other countries announced new sanctions.

Belarusian President Alexander Lukashenko dismissed international criticism at a press conference on Monday, when the United States and other countries announced new sanctions.

The US government announced new sanctions on Monday against Belarusian government officials and the wealthy allies of authoritarian President Alexander Lukashenko, calling the new measures a response to the regime’s ongoing political repression and corruption.

The Treasury Department said it was sanctioning 23 people and 21 entities linked to the violent repression of peaceful protests; the shooting down of a flight to detain an opposition activist in May; or ongoing efforts to fund the regime “at the expense of the Belarusian people.”

The Treasury sanctions are connected to an executive order that, according to the White House, would improve the “ability to impose costs on the regime.”

President Biden said in a statement that the actions of the Lukashenko regime “are an illegitimate effort to cling to power at any cost. It is the responsibility of all those who care about human rights, free and fair elections and freedom of expression to oppose this oppression.”

The actions come on the first anniversary of Lukashenko’s election to a sixth term in a vote that the United States and the European Union say was fraudulent. It triggered months of massive protests and forced its main rival, Svetlana Tikhanovskaya, into exile.

Human rights activists say there are 610 current political prisoners in the country and the opposition says that more than 35,000 have been arrested in the last year.

US says it is sanctioning Lukashenko’s ‘wallets’

The sanctions target wealthy business owners in Belarus whom the Treasury calls Lukashenko’s “wallets,” who are involved in the oil, coal, tobacco and construction businesses.

The sanctions also block the assets of members of the Belarusian security services at the national and local levels for violence and repression against protesters and political opposition. The people include officials at a detention center in Minsk, the capital of Belarus, where the United States says protesters and journalists are being held.

On May 23, the Belarusian authorities forced a plane going from Greece to Lithuania and crossing Belarusian airspace to make an emergency landing. On board was fugitive dissident Roman Protasevich, a former editor and founder of an opposition blog and social media channel. Authorities boarded the plane and arrested Protasevich and his partner, Sofia Sapega. Both are still in detention.

The Treasury sanctions include five Belarusian officials it says were related to the incident, who work in transport and aviation or defended the grounding of the flight in parliament.

Also included on the sanctions list is the Belarusian National Olympic Committee, led by Lukashenko’s son, Viktor Lukashenko. The Treasury accuses the country’s Olympic committee of being a tool to “launder funds and evade sanctions.”

The country’s Olympic team was in the news last week after sprinter Kristina Timanovskaya rejected a flight home from Tokyo after publicly criticizing her coaches. Then he was granted a Polish humanitarian visa. Timanovskaya said last week that her husband would meet her in Poland and that they would decide whether to seek political asylum there.

Many of the individuals and entities on the Treasury list are also being sanctioned by the European Union, Canada and the United Kingdom.

At a press conference in Minsk on Monday, Lukashenko denied being a dictator and accused his opponents of planning a coup. He said he was ready for talks with the West and that “there is no need to take the axes of sanction and the gallows.” Reuters reported.