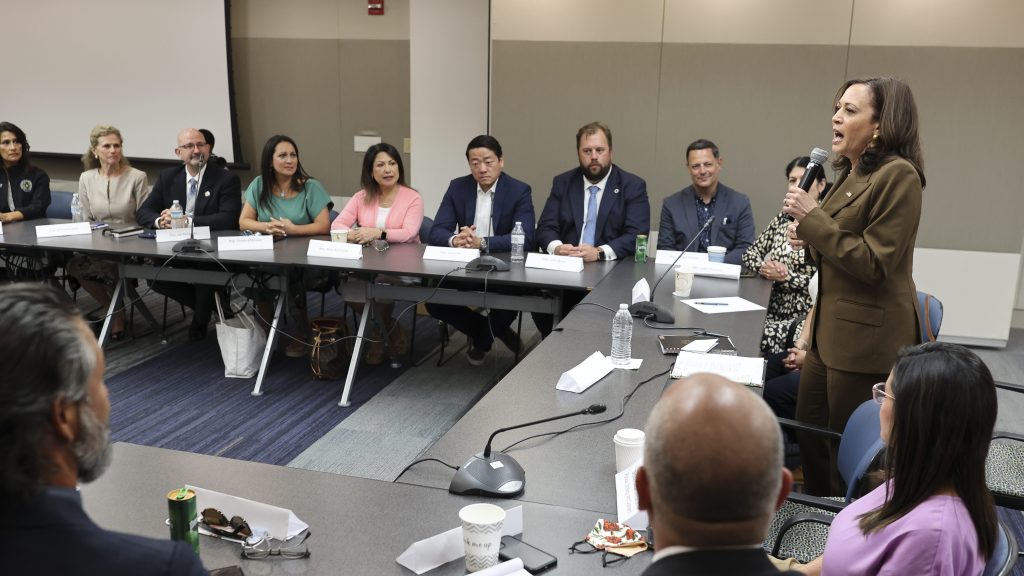 Vice President Kamala Harris and her staff avoided exposure to Covid-19 in a recent meeting with Texas lawmakers, two of whom have now tested positive, according to a spokesperson for the White House vice president’s office.

“On Tuesday, July 13, Vice President Harris met with members of the Texas state legislature who are temporarily in Washington, DC Earlier today, we were informed that two of the members at that meeting tested positive for COVID-19.” . said senior advisor and chief spokesperson Symone Sanders.

“Based on the schedule of these positive tests, it was determined that the Vice President and her staff present at the meeting were not at risk of exposure because they were not in close contact with the people who tested positive and therefore do not need to be tested or quarantined. The vice president and her staff are fully vaccinated. “

Phillip Martin, chair of the Texas House of Representatives Democratic Caucus announced on saturday that three of the state’s Democratic lawmakers had tested positive for Covid-19 while in the nation’s capital. More than 50 Democrats from the Texas House of Representatives arrived in DC Monday in an attempt to block the passage of a Republican-backed law that would impose new voting requirements in the Lone Star state.

At the moment, the legislators in question remain in DC Their names and conditions were not disclosed. Each member of the delegation who tested positive for Covid-19 through a rapid test had previously been vaccinated against the virus.

For the White House, a positive Covid-19 test by Harris or one of his employees could have spelled disaster. While President Biden received his second coronavirus vaccine in January, the 78-year-old Pennsylvania native remains at high risk of severe illness, should he contract the virus, given his advanced age.

Is it safe to buy CBD online?