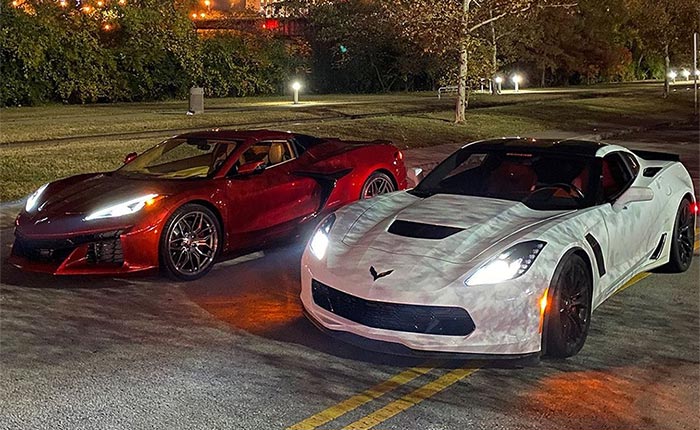 Yesterday we published the 2023 Corvette Z06 spied at CMAs in Nashville earlier this week by our friend Byron Glover Jr and the YouTube Drive channel 615. I didn’t know there was basically part two of that encounter with Byron following the car on a dump truck along Broadway and Nashville’s party district, and then across the Cumberland River with the city skyline lit up in the background. . This is so much better than any after party that the CMA stars attended!

The Z06 was then dropped off at Nissan Stadium, where it would be loaded into reliable trucking and taken away for its next scheduled appearance. But before it was loaded, Byron was able to get a side-by-side comparison with his 2015 Corvette Z06, which may just be the first time a C8 Z06 has been shown with a C7 Z06 outside of General Motors. . 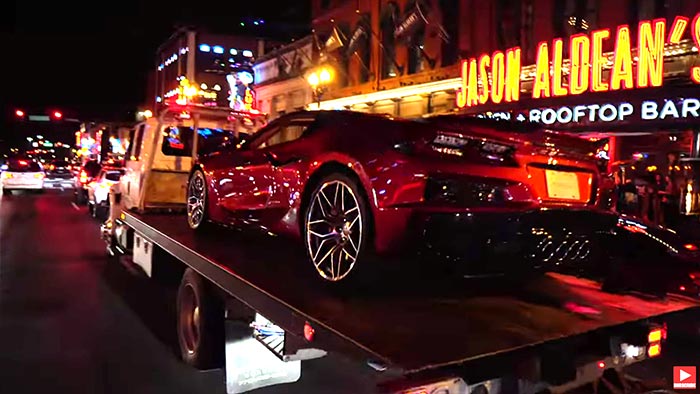 Another great video, Byron! Thanks for sharing!