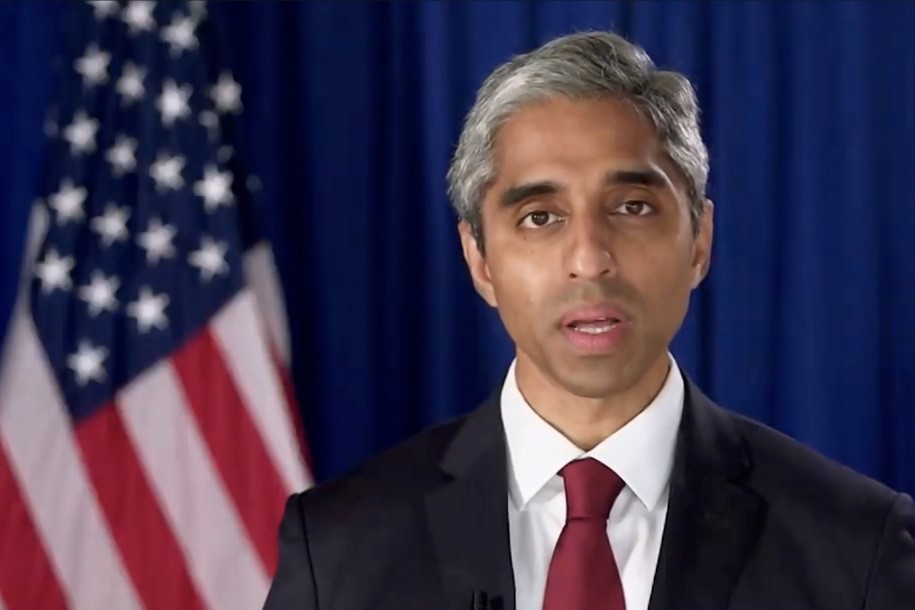 “In the midst of all this information, many people have also been exposed to health misinformation – information that is false, inaccurate, or misleading based on the best evidence available at the time. The misinformation has caused confusion and led people to to reject COVID-19 vaccines, reject public health measures such as masking and physical distancing, and the use of unproven treatments, ”the advisory said.

Murthy’s notice comes when he revealed during a briefing at the White House on Thursday that he lost at least 10 family members to the coronavirus. This made his plea for people to be vaccinated even more personal and heartfelt. He said it was “painful” to know that “almost all the deaths that we are seeing now” in the country could have been prevented with vaccines.

“I say this as someone who has lost 10 members of his family to Covid-19 and wishes every day he had had the opportunity to be vaccinated,” Murthy said according to NBC News. Added that about two-thirds of those who have not been vaccinated in the country have heard common myths about the COVID-19 vaccine to some extent. Polling data from the Kaiser Family Foundation supports this statement; According to the survey, two-thirds of unvaccinated adults believe vaccine myths or are not sure if they are true.

Murthy hopes that his advice and attention to harmful misinformation about the virus will encourage more Americans to get vaccinated and actively report false information. In addition to addressing how Americans can stop the rise of misinformation around the COVID-19 vaccine, Murthy’s advisory also urged big tech companies to play a role on their platforms.

“We are asking you to step up,” Murthy said. “We cannot wait any longer for them to take aggressive action.”

“Technology companies actually have a much better idea of ​​the amount of misinformation that is being transmitted on their platforms, and without understanding its full scope … it is difficult to formulate the most effective strategies,” he said.

Murthy is not alone in urging big tech to do more. White House Press Secretary Jen psaki He also called Facebook, noting that the platform needed to do more to stop the spread of misinformation about the COVID-19 vaccine.

“Facebook needs to move faster to remove the offending posts. Posts that will fall within the removal of its policies often remain active for days. That’s too much. Information is spreading too fast,” Psaki said Thursday.

A source familiar with the matter said CNN that recent meetings between Facebook and the Biden administration have been “tense.” According to the source, Biden officials concluded that the company was not taking the problem seriously. Several known people in the vaccine community were noted to be banned on Instagram, which is owned by Facebook, but not on Facebook itself.

It appears that the United States is taking a step back in its progress. Several announcements have been made regarding the COVID-19 outbreaks, including the cancellation of a New York Yankees game due to players testing positive and Los Angeles County of California reinforced its inner mask commands.

As of this report, more than 34.8 million people have been infected with COVID-19 in the United States and more than 600,000 have died as a result. WorldOMeter reported.

“Disinformation has not only damaged our physical health, it has also divided our families, friends and communities,” Murthy’s ad said. “The only way to address health misinformation is to recognize that all of us, in all sectors of society, have a responsibility to act.”