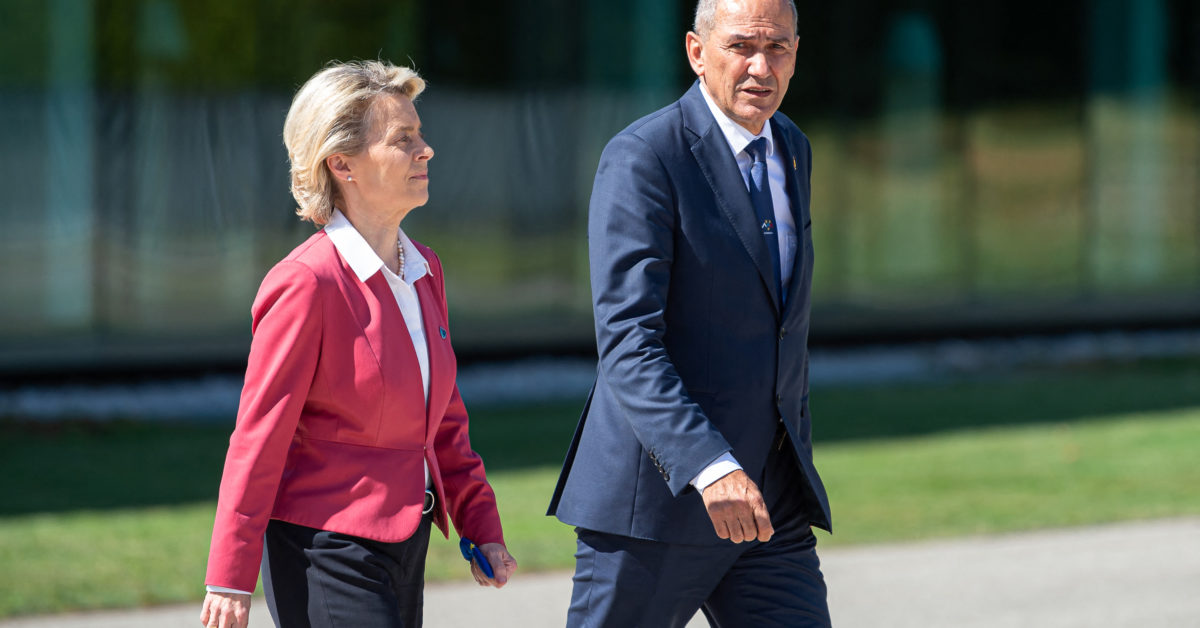 STRASBOURG, France – For several hours Tuesday, most of those involved carefully avoided the elephant in the room.

Slovenian Prime Minister Janez Janša did not lash out at the European institutions. European Commission President Ursula von der Leyen did not explicitly criticize Janša for current concerns about the rule of law. Several prominent MEPs did not face Janša directly.

The apparent détente came during an appearance before the European Parliament to discuss Slovenia’s EU Presidency Council, which began last Thursday with a controversial outburst: Janša lashed out at EU bodies for maintaining “double standards” and one of his ministers complained about the EU “pig”. The comments left EU officials and MEPs concerned about Slovenia’s power to run the EU during its six-month tenure.

But that frustration wasn’t always visible on Tuesday. Janša did not push herself too hard for her auspicious start. And he received only a few comments about long-standing concerns that he has led an effort to curb media freedom, degrade the judiciary and paralyze the selection of officials for a new EU prosecutor’s office.

Janša, for her part, tried to sidestep the incendiary themes. During a 40-minute speech on the political priorities of the Slovenian presidency, Janša spoke of paying “special attention” to press freedom during the presidency, but carefully avoided blaming the European institutions.

In his own comments, von der Leyen also turned his attention to consensus-oriented issues, calling on the EU to “increase our efforts to convince people that [COVID-19] jab. “At one point he generally urged the Slovenian government to” continue the important work on the rule of law docket. “

However, some center-left MEPs took the opportunity to address Janša, berating him for freedom of the press and delays in appointing Slovenian officials to the European Public Prosecutor’s Office (EPPO).

“Unfortunately, he seems to want to be part of a rather sinister club that does not appreciate free media, that cannot stand the independence of the judiciary or respect LGBTIQ rights at all,” said Malik Azmani, a Dutch MEP whose liberal VVD party has been the target of criticism from Janša in the past.

“You speak as you speak but you do not walk on the road, Mr Janša,” he said, adding that his “history at home” means that “we cannot take your words for granted.”

“I agree with the priorities you announced … recovery and resilience, strengthening of European legislation and European values,” said Janša Iratxe García, leader of the socialist bloc in Parliament. “Do you really commit to that?”

Ska Keller, co-director of the Greens, expressed concern that Slovenia was moving towards an “illiberal democracy”, similar to Hungary, which has openly defended the concept.

Janša has already made many headlines since he started a third term as prime minister last year.

Last week, during a meeting with von der Leyen and his commissioners, Janša showed a photograph of judges on a hiking trip with their political opponents, trying to show that his country’s judiciary is politicized. The episode sparked outrage among EU officials, including Commission Executive Vice President Frans Timmermans, who later refused to appear in a photo with Slovenian ministers.

At a press conference after the meeting, Janša also showed journalists a 15-minute video claiming that it was actually his left-wing political opponents in Slovenia, not him, who were threatening journalists and the freedom of the media. communication.

But on Tuesday, Janša seemed less eager to stir up controversy.

In a press conference that followed his speech to MEPs, he downplayed concerns about the EPPO’s selection procedure, arguing that the office, aimed at reducing EU budget fraud, was a “necessary mechanism” . He promised “to have the candidates for the fall.”

Janša then concluded: “We will do everything in our power to build bridges.”

JD Vance wants to be a Republican senator, so now he’s sorry he criticized Trump

The pandemic turned my neighbors into friends – Mother Jones